Coming of age in cloud computing 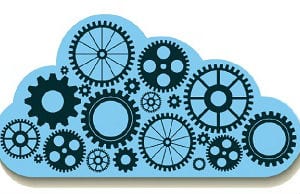 Cloud computing isn’t merely changing the way much of the technology business works. Now it is changing itself, and putting even more computing power in more places. Last week, Microsoft, which operates one of the biggest so-called “public clouds,” or large and flexible computing systems available for remote rental, announced several changes to its data storage and processing services that will make them more powerful.

Microsoft also announced a partnership with Dell to sell a kind of “cloud in a box,” or hardware and software that created a mini-version of Microsoft’s cloud, called Azure, inside a company. The idea is that a company could work with its own version of Azure, then easily move up to the giant version

Microsoft has to handle big workloads. Hewlett-Packard may be after something similar with its effort to create a private-public cloud business based on the HP cloud, which uses a kind of open source software.

What all of this means is that cloud computing, which makes it easier to tie more things to computers and more easily manage software, is starting to appear in even more forms and types. Within each corporate proposition,
including Google and Amazon, as well as Microsoft, HP and others, there appears to be an increasing trend towards offering more flexibility. Generally it’s done by abstracting what were functions of specialised hardware into more easily altered software.

Microsoft’s announcements came after the news last week that it would offer Windows Server technology on Docker, a fast-moving open source project (and start-up company of the same name) that takes cloud-type software abstractions even farther. Docker’s so-called ‘containers,’ which were previously available on the Linux operating system, make it possible to build, deploy and update a software application anywhere in the world.

Adding to this confusing paradise of computing power, flexibility and global software deployment, last week a company called Bracket Computing announced that it had a technology that makes it possible to run high-performance corporate computing systems across several public clouds at the same time.

While it now works only with different geographic locations inside the global cloud of Amazon Web Services, Bracket hopes eventually to enable companies to securely manage their computing across several public clouds at once. This kind of brokering, if successful, could mean further competition among the public clouds, either on price or service.

People who had worked with the Bracket System were impressed. “Even just with AWS, this is powerful,” said Frank Palase, senior vice president of strategy at DirectTV.

It’s also possible that Bracket’s Computing Cell could hold containers, like Docker, inside its system. For all the new terminology and hand-waving around these developments, at least one thing is clear: The cheap and easy cloud is also catching up in areas like reliability and management ease, where it has been criticised. Like all big computing trends, it has started rough, but it appears to be stabilising and getting bigger.
Quentin Hardy

‘Our priority is to make AWS services simple and seamless, removing all friction’

How Housing.com is augmenting tech innovations for operations and customer experience

The Scope of Data Driven Marketplaces and Public Procurement