Home  »  News  »  Railways gets 24 PMO ideas: Wi-Fi on all passenger trains to installation of CCTVs

Railways gets 24 PMO ideas: Wi-Fi on all passenger trains to installation of CCTVs 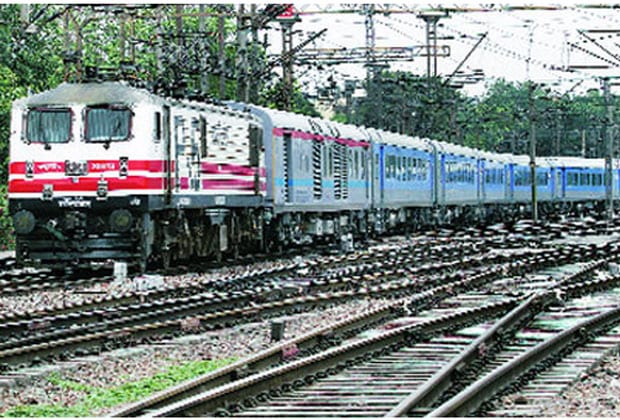 Going beyond his government’s rail budget, Prime Minister Narendra Modi has suggested 24 steps for an action plan to transform the railways.

The measures communicated by the PMO include one that asks the ministries of food and railways to chalk out the total nine-month food requirement of the Northeast states and figure out a way to transport the entire stock in one go. Wi-fi connectivity on all passenger trains in three months, a scrap-free railways by June 30, 2015 are the other measures suggested.

The railways has been asked to identify any one area of operation where world-class technology can be deployed and, on its success, can be replicated elsewhere.

The ideas have been compiled and circulated among top officers of the ministry following a letter from the Cabinet Secretariat on July 11.

For each action point, there is to be regular stock-taking, as per documents accessed by The Indian Express. The railway board has segregated the action points according to the directorates concerned. It has to send a feedback by the end of this week.

According to a railway board member, the ministry needs to chalk out the action plan for each point and as far as funds is concerned it may go for re-appropriation of budget allocation to start some of the works mentioned.

The list of action points is a mix of macro- and micro-level objectives. For instance, the railways has been asked to consider goods train wagons as a possible medium for outdoor advertisement. Light wagons are to be manufactured for commodities like salt. Land is to be identified for five-star hotels, malls and food courts.

What has come across in all action points is Modi’s concept of getting departments and ministries to work in tandem with common objectives rather than in silos. The urban development ministry and railways have been asked to figure out ways to connect all major airports with metro rail. Ministries of transport and highways, water resources and railways are to work to create linear zones of waterways, roadways and railways.

One of the action points is to connect all underdeveloped areas with developed areas. Leveraging the UPA’s flagship MGNREGA, the PMO wants the scheme to be linked with laying of tracks and other works in railways. Safety of operations and connectivity in hilly states also find mention in the 24 points.

Many of the remaining action points, like a “milk-vision”, agri-rail network, use of CCTVs to monitor cleanliness, a Diamond Quadrilateral of high-speed trains had been communicated in earlier meetings and were included in this year’s rail budget.

Indian IT has capacity to produce heavyweight brands: Tech Mahindra