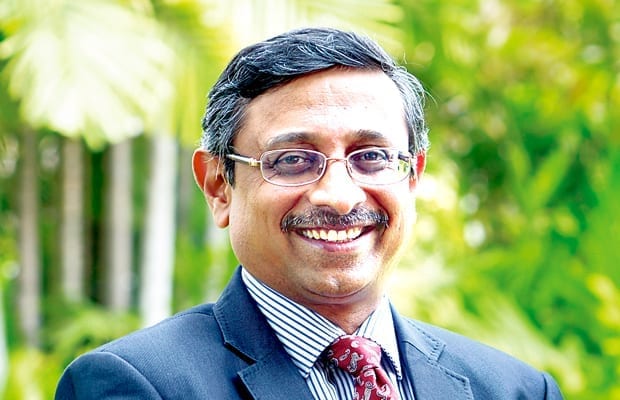 Technology is growing at an exploding rate, changing the way we function in our daily life.We are celebrating the win of robots over top-notch players in complex games, eagerly waiting to buy our first autonomous car and discussing smart cars, smart devices, smart cities and what not. But is India certainly ready to be at the forefront of technology innovation?

India’s innovation journey
As per Global Innovation Index 2015, India ranks 81 out of 141. We are a slow and late adopter of technology. Color TV came to India in the 1980s,however Japan had already started developing HD technology by that time. At present farmers in the US are using drones and geographic information systems (GIS) to manage irrigation problems, soil variation, and pest infestations, Mobile apps to calculate the grass level.

Israel a desert country has become a world-leader in agriculture technologies whereas our farming is largely at the mercy of nature, we lose hectares of the harvest every year to drought or flood. The Medical world is advancing through technologies like telesurgery, telehealth while in India more than 70% of the population lack access to advanced medical facilities.

A report from the World Economic Forum and Harvard School of public health in 2014 says that India would incur a cost of nearly $5 trillion by 2030 owing to non-communicable diseases and mental illness. The world is gearing up to take transportation to the next level with concepts like Hyperloop and driverless cars, on the other hand, we are struggling to provide cheaper, faster and easily accessible travel options for commuters. These are just a few instances how we are still lagging behind other developed nations. The problems are numerous so are the reasons. We have issues with affordability, economies of scale, distribution of resources. We are still largely dependent on R&D outcome of other countries with India’s R&D expenditure never exceeding 1% of its GDP.

But the situation is not completely bleak. The Last couple of years brought significant change in the attitude towards innovation and technology adoption. We are slowly but surely marching towards a digital future.‘Thoda hai par bahut ki jarurat hai’.Instead of just imitating the strategies of western nations, the focus should be on creating our own. To continue on the path towards becoming a pioneer in technological innovation, all the stakeholders should come together and play their part. Corporate, Government and the Public are the ‘trimurtis’ – three key stakeholders who will be at the forefront of this innovation journey. Together they will build ‘the pyramid of prosperity’ and lead India in its innovation journey.

Role of Government as a facilitator
Just think about what transformed India Digitally – jandhan, aadhar and mobile numbers (JAM trinity) and UPI. All these transformed and liberated India. And even as we talk about there is a massive transformation happening both in India and Bharat. None of this can be undermined. We have come a long way. And the government is leading from the front.

The Government has unveiled ‘Technology Vision 2035’ attempting to envisage the country’s technology future. Initiatives like Digital India, Startup India, and Aadhaar are examples of few steps taken to achieve this target. As per World Bank Doing Business Ranking 2016, India was ranked at 130, 4 ranks ahead of previous year’s ranking. While this achievement is laudable, it signifies India has still a long way to go. And the Government will play a major role in facilitating the creation of nationwide digital infrastructure which will enable different sectors to grow, likewise maintain a smooth regulatory framework for new business to grow.
India’s R&D expenditure may be dismal, nevertheless we are able to attract FDI in research with various companies setting up their R&D centers in Chennai, Bangalore, Pune or Hyderabad. We have experienced a hike in the number of entrepreneurial ventures launched in fields like medical, biotechnology where research plays a major role in success. All these calls for increasing funding for research and innovation, promoting public-private partnership and facilitating access to global research infrastructures.

Government as a facilitator can create a framework to support the innovation drive in the nation. Few steps that can be taken are easing policies for startups and new businesses, making technology an important part of higher education, investing in infrastructure, providing financial support to SMEs, and creating more flexible job markets. The government should form the firm base on which the pyramid of prosperity will rise. 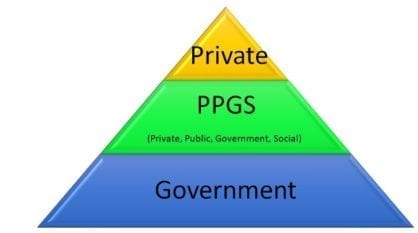 The middle layer of the pyramid is the partnership angle where the trimurtis should come together. It is the layer of PPGS – private, public, government and social partnership.

Role of public as innovation ambassador
The general public has awakened to the opportunity of becoming a technologically advanced nation. Digital literacy is on the rise so is the internet penetration;India is now the 2nd largest base of internet users. Similarly, the mobile data consumption is growing nearly at 65% rate annually.This shows people are showing interest to access digital services like e-commerce, online banking, and e-learning. They are actively participating in government initiatives. When smart city project started, citizens actively contributed from ideation to gathering support.

The motive was to bring their cities at par with global mega cities. They do not want to remain as beneficiaries, they wish to drive the change themselves. The public can play the role of the co-creator along with the research scientists. In this day and age, we have seen several companies opening up their new product/service design as a challenge to public as part of competitions. Public, especially younger generation is actively participating in these and coming up with innovative solutions. This is of enormous benefit as participants from non-research background bring a social dimension to innovation.

One more arena where Public has played a significant role is tech entrepreneurship. India is the third largest startup ecosystem globally and one of the fastest growing. The average Tech entrepreneur has become younger, sharper and better. While age may not necessarily hold any direct correlation with the success of the startup, rise in number of young entrepreneurs indicates that they are not afraid of taking the plunge into entrepreneurship early in their career. More tech startups will lead to further innovation and mass job creation. Here one may argue this has limited contribution in India’s innovation journey as the success rate of the tech startups is not even 10%. But then again, Thomas Edison had 1000 unsuccessful attempts before inventing the light bulb with each failure contributing in enhancing the final output. Likewise, each failed startup can lead up to a new idea, a new story and a new success.

Role of Corporate as change incubator
The Corporate has a dual role to play: social benefactor in the middle layer of the pyramid and economic value creator in the top layer. Corporates are contributing 2% of their net profit for CSR activities, working in education, healthcare, and other sectors. Like Project Nanhi Kali by Mahindra group which works in the girl child education domain or Project Samudaya by Cisco to build homes, schools and healthcare center for flood affected people. Can we bring digital aspect to the social development tasks we are undertaking? For example women safety is a major concern for our society. Can digital technology transform it? We all believe so. There are multiple safety apps available. Tech Mahindra has a safety application ‘Fight Back’ which is not only for mobile devices but part of physical devices like digital key chain, lockets etc. Despite all these has crime truly gone down? This is just one example from the myriad of social issues we are facing. Corporates have a significant role to play along government in this aspect.

The topmost pyramid is for business, profit making, which will ultimately lead to prosperity. Being digital is the key to success here. Time and again we have experienced new technologies disrupting existing business models. E-commerce in the retail segment and mobile banking in finance are few such examples. We have already experienced the journey from ‘ATM to Paytm’; who knows in future we may have a completely different mode of transaction.

Products will change to services; business models will transform to business moments. No company will know who its competition is. Consequently, there is a constant need for corporates to keep themselves abreast of technology advancement and innovate accordingly. Decades back, the ‘bluechip mantra’ for the corporates were – leadership, global presence, financial returns and customer centricity. On top of this base, business were able to sustain and grow. Now, innovation stands at the core of this mantra. Business cannot just survive on cost arbitrage; innovation arbitrage is the new norm.

In the past, most of the consumers used to be the passive participant in the business transformation journey. Now, after being digitally enabled, they are driving the change. Their expectations for advanced product and services have grown manifold. Therefore corporates need to revamp their business model and competitive strategy, taking inputs from these empowered consumers. The best way to do so is by collecting enormous data from different sources like social media, surveys, customer feedbacks etc. and using the power of analytical tools to generate productive insights.

Corporates have access to global business market much better than the general public or government. Large organizations have acquisitions and alliances across the globe. They are in a much better position to learn and bring new technologies to Indian soil. Also, they have the financial capability to invest more in research and innovation. By enhancing their research capability, Corporates can create new employment opportunities for public. Consequently, people will be educated in new skills and industry as a whole will be benefited from it.

One more arena where large corporates can contribute is by mentoring entrepreneurs. The benefit will be twofold. Startups will be able to gain insight from already established businesses whereas corporates can link the startup’s innovative ideas to their own organizational processes and strategies. Mahindra also acts as an incubation center for startups. We have tried to develop a startup ecosystem within the organization by utilizing our in-house talents. Initiatives like SmartShift, Trringo, M2ALL are few such examples. We believe in the concept of disrupting ourselves before anyone else disrupts us.

If I must visualize the future of technology as a movie, we will be in the opening credit. The story is yet to unfold. At present India is following the developed nations in its journey to become a digitally advanced country. We may have started late, but being digital is the only way we can take on the world. In future, we may become the forerunner showing the path of innovation to rest of the world. For now we have miles to go; not just last mile. Are we at a riverlet, a pond, a river or an ocean? We must reach to the ocean stage where there will be “Water water everywhere and every drop to drink”.

Why India is a poster child for global banking models

​How to make your Multi-Factor Authentication system more secure

How To Increase Business Resilience Through Democratized AI