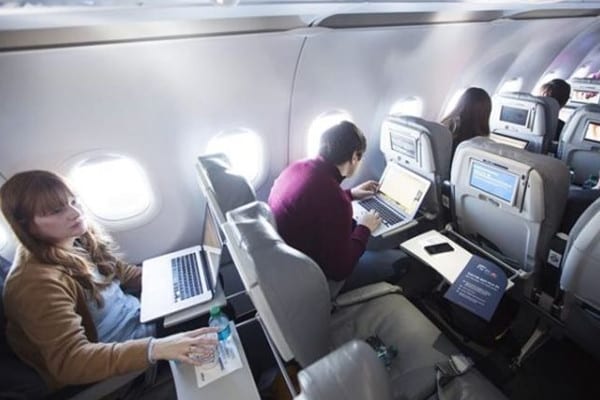 The government has held detailed discussions with telecom operators and airlines on framing guidelines for in-flight data and voice services, sources said. The meeting comes within a fortnight of the Telecom Commission, the highest policy making body of Department of Telecom (DoT), clearing a proposal for allowing in-flight connectivity. Once the guidelines are in place, it would allow travellers to use internet and voice services on mobile phones during flights in the Indian airspace. Sources said officials from the Telecom Department, the Civil Aviation Ministry, telecom companies and airlines participated in the meeting that lasted for nearly 90 minutes.

Besides, the meeting deliberated upon in-flight connectivity models that are operational in other markets as well as technical issues involved, sources said. Airlines, including Vistara, Air India and Jet Airways, as well as telecom operators such as Bharti Airtel, Vodafone, Idea Cellular and Reliance Jio were invited for the meeting.

Last week, Civil Aviation Secretary R N Choubey had said the DoT would invite application for new licenses either by month-end or early next month for airlines for Wi-Fi connectivity. Earlier, Telecom Secretary Aruna Sundararajan had expressed hope that the facility would be fully rolled out in three-four months once the modalities of the niche licences and back-end agreements are worked out.

While mobile phone use would still be restricted during takeoff and landing, Telecom Commission had approved the lifting of a ban on the use mobile phone and internet services at cruising altitudes.

As per the telecom regulator’s recommendations a separate category of licencees — in-flight service providers — would be created for offering such services in India, and licence fee for such niche providers will be pegged at Re 1. Globally, many airlines are already offering Wi-Fi for passengers, but they currently have to switch off the facility when they enter the Indian airspace.

How border fencing is secured through IoT

Schneider And Microsoft Set To Host Digital Event: ‘Buildings of The Future: Smart to…