If you are doing business in India or simply want to avoid government surveillance and hackers, your best bet is a virtual private network, like Surfshark. 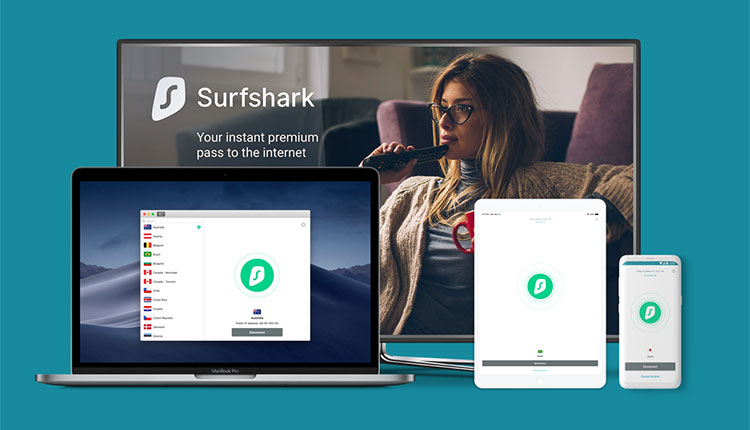 If you are doing business in India or simply want to avoid government surveillance and hackers, your best bet is a virtual private network, like Surfshark.

What is a VPN and how does it work?

A virtual private network is an encrypted connection from your physical location to a remote server. The VPN conceals your activity from your service provider, who knows you are online but cannot track where you are going or where you have been. A VPN bypasses user restriction as well. Log on through a VPN server in India here and gain access to popular Hotstar, SonyLIV, as well as a local Netflix library.

When you log into a “no-logs” VPN service like Surfshark, except for required technical monitoring, the VPN service cannot glean, harvest, nor sell your usage data to marketers. User internet activity, even if anonymous, is the ever-increasing big data that guides advertising, marketing, and—yes—government surveillance activity.

For example, in India the 1883 Indian Telegraph Act allows the government to legally spy on its citizens. Anyone accessing or using an India-based web service is vulnerable to that surveillance as well as rampant cyber-security issues that have plagued this huge nation.

Why you need a VPN in India

Business is booming for cybersecurity insurance companies in India. According to LiveMint.com, the demand for cyber risk insurance in India by 40% in 2018. That demand was driven by at least four factors:

Unfortunately, India is years away from solving this problem, despite its Prime Minister’s office new management position to address the foregoing. In 2019, according to an article by Palavi Duta, 69% of Indian firms faced serious cyber-attacks. Most attacked were the Indian metropolises of Mumbai, New Delhi, and Bengaluru. CISCO’s annual Cyber Security Report found that 53% of cyber-attacks cost Indian organizations more than $500,000 that year.

Particularly vulnerable is India’s financial system. Reacting to an alarming report from a Singapore-based cyber-security firm that 1.2 million debit cards were available on line, India’s central bank sounded the alarm.

Likewise, as India, with a population in excess of a billion more than the United States, moves more to government-encouraged online banking, the digital literacy of its masses has not kept pace. With 600 million users on line and a large number of guest workers unfamiliar with the local language, India’s bank customers are particularly vulnerable to fraud.

A nightmare compendium of major cyber-security attacks in India

Not surprisingly, the biggest cyber-attacks in India have focused on banks. In the leapfrog contest between hackers and fixers, cyber-criminals in India are so far ahead of the game. Specifically:

Other sectors in India have been targeted as well:

Writing for Analytics in India Magazine, Yeshey Rabzyor Yolmo writes that the authorities in India have not been up to the task. Yolmo reports, “Their reluctance to divulge information is worrisome.” He cites several examples of reticent and slow responses and a stonewalling refusal to own up to their mistakes.

Equally telling is Yolmo’s quote of a former Indian telecom secretary: “Globally, the trend is to have overarching agencies for better command and control. It is time we also have a similar structure…”

If you are going online in India, you should use a secure VPN like Surfshark. The VPN provides an encrypted connection that hides your location and protects your privacy. The added layer of security and privacy is another line of defense against government surveillance and hacking that has plagued this huge country over recent years. The Indian cyber-defense capability has yet to match the threat.

Beware of so-called free VPN services, which can harvest your data and litter your experience with annoying popup ads. You need a subscription-based no-logs VPN service like Surfshark to plug the privacy and security gap.