From Disappearing TVs to AI toothbrush, find out the novel products launched at CES 2019 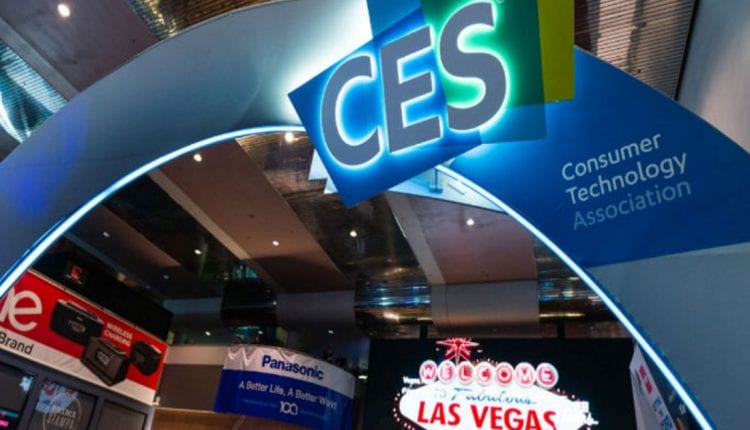 The CES 2019 gadget show is revving up in Las Vegas. Here are the latest findings and observations from Associated Press reporters on the ground as technology’s biggest trade event gets underway.

Disappearing TVs
In this age of smartphone streaming, big television sets are no longer the centerpiece of many living rooms. Now South Korean electronics company LG is doing its part to make TVs disappear altogether.

LG has unveiled a “rollable” TV _ a 65-inch screen that can roll down and disappear into its base with the press of a button. The set can still play music when the screen is rolled down completely, or display a clock when it’s just partially rolled down. LG says the TV will be available later this year. It didn’t say how much it will cost.

Meanwhile, LG, Samsung and others unveiled “8K” sets, with four times the resolution of today’s high-definition sets and twice that of 4K sets such as LG’s rollable one. 8K represents the next generation of television viewing, but one that most people won’t see for themselves for some time.

So far, 8K has only been deployed for the occasional experimental broadcast, such as during the Olympics. Even 4K shows and movies are just starting to catch on.

“As always with TVs, innovations come with display hardware first and adoption of things like content and delivery always follow later,” said Paul Gagnon, an analyst with IHS Markit. But unlike past developments that never caught on, such as 3D TVs, analysts believe 8K will become more popular eventually _ just not ubiquitous.

Beyond self-driving cars
Many people at CES would rather hear about better video games. Nvidia CEO Jensen Huang got a big round of applause when he told a crowd that he’d spend more time talking gaming than autonomous driving.

The Santa Clara, California-based chipmaker’s computer graphics technology is used in both industries. But it was Huang’s unveiling of a new gaming-oriented graphics processor that elicited the biggest cheers Sunday night. He also detailed how his company’s advances in artificial intelligence and a graphics technology called “ray tracing” are helping to generate ever-more-realistic scenery in popular games.

They say the coalition is not a lobbying effort but a united front to invest in countering what they describe as public confusion, fears and unrealistic expectations about self-driving technology. The industry push follows a year of news about self-driving crashes, including an autonomous Uber that fatally struck a pedestrian in March. Neither Uber nor Tesla, which has also had crashes, is part of the group.

A century-old CES first-timer
You wouldn’t expect to find the maker of Pampers and Bounty paper towels at the world’s largest technology conference. But here’s consumer goods company Procter & Gamble at CES 2019, showing off heated razors and a toothbrush that uses artificial intelligence.

Procter & Gamble, which was founded more than 180 years ago, said it’s the first time it has been an exhibitor at CES. The company said it needs to infuse technology into everyday products to keep up with what customers want.

Among the goods on display: a waterproof Gillette razor that heats up to 122 degrees; an Oral-B toothbrush that tells you if you’re missing areas when brushing; and a wand-like device called Opte that scans the skin and releases serum that covers up age spots and other discoloration.

Although some of the products have been sold in test runs, pricing hasn’t been set yet. But expect to pay a lot more than the ordinary stuff currently on drugstore shelves.

An elegant way to text
People feeling overwhelmed by their array of connected devices can invest up to $700 on another device meant to feel more artisanal. Mui Lab, based in Kyoto, Japan, has designed an internet-connected wall panel made of sycamore wood that you can touch to send messages, check the weather or control other home devices such as lights and thermostats. Lighted letters and icons appear on the wood panel when it’s being used _ and disappear when it’s inactive.

While you’re at it, you can make your home smell better. Feeling like more lavender and less jasmine? Or want your holiday party to smell like a blend of Christmas tree, fireplace and cookies? The Moodo “smart-home fragrance diffusers” made by Israeli fragrance company Agan Aroma enable users to adjust blends from their smartphones. Each $139 device holds up to four capsules with different scents.