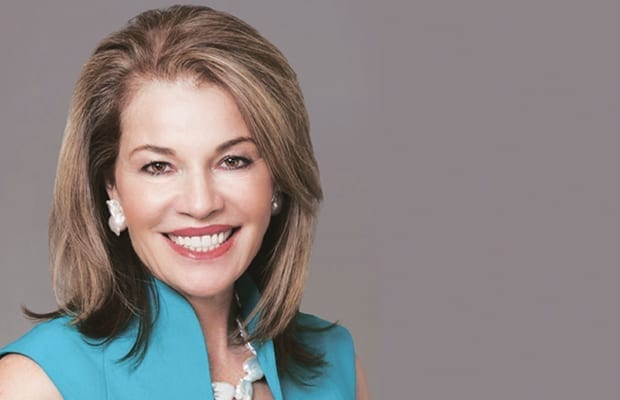 For a country like India, the hope lies in a visionary leader like Prime Minister Narendra Modi who is aiming to create a Cloud-first approach towards skilling and digital transformation, thus empowering over a billion people, says Teresa Carlson, Vice President, Worldwide Public Sector, Amazon Web Services (AWS).

Carlson, who reports directly to AWS CEO Andy Jassy and has been in India twice in recent times to explore the government’s digital transformation initiatives, hailed the return of Modi government to power.

“Leaders like him understand that they require transformative actions and sustainable economic development models to drive the change which would eventually benefit the masses.

Adopting the secure Cloud-first approach is top priority for governments the world over. Data is like currency because that’s where all the information and the opportunities lie, which can make a real difference in the lives of millions of people,” Carlson told IANS on the sidelines of AWS Public Sector Summit attended by over 18,000 technologists here on Tuesday.

AWS is the Cloud arm of retail giant Amazon. In the first quarter of 2019, AWS reported an annualized revenue run rate of $31 billion, registering 41 per cent (year-on-year) growth.

According to Carlson, who joined AWS in 2010 and organised the first Public Sector Summit with just 50 people participating, it is high time for the Indian government to deploy Artificial Intelligence and Machine Learning-driven Cloud models to make sense of humongous sets of data — analyse it, share it and parse out the key insights to researchers and related stakeholders who could then better help communities.

“I strongly feel that the Indian government can unlock the potential of data-sets across the domain with the help of AI and ML and use the models in ways that actually help citizens in solving their real-life problems,” emphasised Carlson, who would be to New Delhi for the AWS Public Sector Summit in September.

Cloud today has become the new normal, she said, adding that when she started the public sector Cloud business, customers didn’t even really understand what Cloud computing was.

“But today, not only do they understand it, they actually choose it as their first choice. They’re making massive acquisitions around Cloud computing and understand their ability to move quickly and scale up the workloads,” Carlson told IANS.

Over 28,000 non-profit organisations globally are building a better world for millions on AWS Cloud.

“The customers today are using the Cloud-based technologies to experiment, try out things and then scale it. They may face failures but this helps them become builders. And that’s really what has changed in the last few years,” she added.

In a bid to add more customers in the growing Indian market, AWS last month announced the third availability zone in its Mumbai Cloud Region.

The company launched AWS Asia Pacific (Mumbai) Region with two availability zones in 2016 and has seen tremendous growth in adding new customers in the region.

According to Carlson, once the governments have Cloud-first policy in place, “they need strong leadership to take steps to push it forward.

“We’ve learned through experience that unless you have leaders that really drive things forward for all the right reasons like security, cost reduction, scalability, privacy and rapid acceleration of citizen services, peoples’ lives won’t transform,” Carlson told IANS.

Fog Computing and its relevance to India