Technology trends that will dominate the globe in the coming months 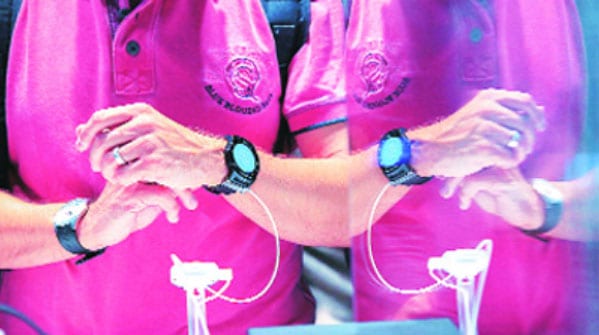 Internationale Funkausstellung Berlin might not ring a bell, but almost all followers of technology know IFA as one of the largest tech shows in the world.

It is also the world’s oldest, with the first edition—called the Berlin Radio Show—being held way back in 1924. And this vintage shows at Messe Berlin—the large maze-like venue of the tech show—as companies from all over the world crowd it to showcase their latest innovations and to woo people in new markets.

So, IFA is a good place to see what are the trends that will dominate the globe in the coming months. Here is what I think will become the powerful trends of the coming year.

That was until I visited the LG stall and realised they too had a bendable television, though at 77 inches. Soon I realised that every tech company at the show had a wide array of curved screens of all sizes and almost all of them were UHD or 4K too.

If this is not an indicator of a trend, then nothing else is. But I am sure by the next IFA, we will be talking about 8K as there were already some of these screens to be seen around the show.

Smart watches and wearables: Again there is no one who has not launched or just upgraded their wearable devices. The most stunning, however, were the Samsung Gear S and the LG G Watch R, the former has a curved OLED screen and wraps around your wrist, while the other has a proper round watch face that looks like any other timepiece. Though powered by its new Tizen OS, the Gear S seems far more functional than the Android Wear device that the G watch R is. Android wear watches, at best, seem to be good watches that can do a bit more, like the Pebble. But every single tech company that has a mobile play had a wearable to show.

Action cameras: Despite the big wigs that were all around it, it was a relatively small California-based company that had Berlin excited. GoPro has daily giveaways that were good enough to create the best word-of-mouth advertisement for the duration of the show. But while everyone knows the versatile cameras from this California company, not everyone might know that all large brands from Sony to Toshiba have also lined up action cameras along with scores of unknown names. If people are going to capture their best moments, then everyone wants a share of the spoils.

Retro radios: It might be because I was in Europe where people still seem to have time to enjoy the radio, but there were far too many well varnished wooden must boxes for me to ignore this trend. Yes, it might not end up being a trend in India, where listening to the radio has been relegated to become a passive pastime reserved for the boring hours spent in transit. But if at all we start bringing back those radios of the past, then there is a whole lot of choice in the amazingly sophisticated devices in show at the IFA this year. It is not just about audio quality, but also about classy aesthetics that is so European at heart.

Selfies: You don’t need me to tell you that selfies are a big global trend, but at the IFA it was obvious that this has also triggered a lot of action among manufacturers. No one can now ignore the customer’s urge to take his own photograph and every smartphone manufacturer worth his penny now wants to pack a good front-facing camera.

So, while all three Lumia phones announced by Microsoft has better selfie cameras up front, the Samsung Galaxy Note 4 camera app lets you take wider selfie, almost like a panorama. Accessory vendors across IFA were selling everything from extra lenses to rings and sticks that could help you take a better photo of yourself. And as you walked by the larger stalls, you could not ignore visitors all around trying to take their selfies with gorgeous looking gadgets. Yes, this was truly the year of the selfie.

eGovWatch: Andhra Pradesh to be a digital state

How Bajaj Allianz General Insurance has benefited from adopting DevOps