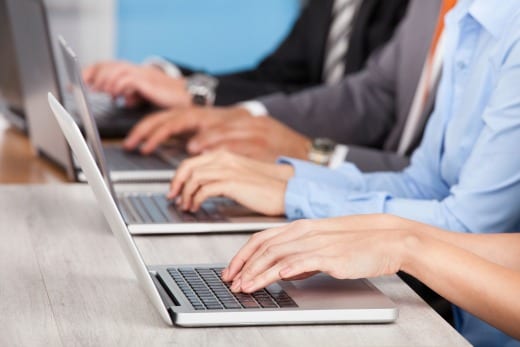 Japan’s IT Adoption rate is 80 % in both public offices and Private business.
Every government offices and private companies have systemised their business process long back and use heavily systems, software’s that are proprietary developed or package based. Apart from self-developed systems; Web business [contents and services] is consistently growing.

According to Japan Ministry of Economy, Trade and Industry [METI], Japan Information Technology Industry size is Approximately 20 trillion yen in sales, employees about one million people and consists of about 23,000 companies.

On the hardware Side; as everyone knows, the most complex structured and sophisticated functionalities based hardware’s hit the market every 3 months and people do line up to buy the first product or first day of launch. So do the embedded software’s upgrades or new development keep happening.

While few reports do say that 90% of Japan Population is using emails and use internet for browsing, searching contents. Since aged population is high and as well youngsters prefer online shopping e-commerce is one of the biggest markets among web services, Coupled with online gaming and Manga [comics] contents. Despite being so much potential in software, web business, content business or BPO and other IT services, Indian IT companies have hardly leveraged the market.

The reason being mainly as lack of Japanese language knowledge among Indian IT engineers/companies and the non sysnergy of Working process itself from both side that do not meet either of the goals.

Currently there are 80 plus Indian IT companies who have both established globally and or started their operations as part of their global accounts and providing services to global companies based in japan such as Multinational banks and Major insurance or other firms.

There are handful of Indian Companies who are providing services to Japanese companies but very limited to activities such as network support, maintenance, partial development, database related. So we can term it as much of the work being done so far is outsource work provided by Japanese IT companies to Indian IT companies. There were recently 2/3 IT companies tie-ups basically to provide services to single Japanese company.

The largest Outsourcing partner for Japanese companies is China and Vietnam; nonetheless to say – the reason being low cost and language adoptability.

Having said as language being main reason, but it comes with two sub points. First language applicability for user interface requirements and second understanding the user requirements and system documentations. Much of the documents still in japan is produced in Japanese and makes it impossible for Indian People to grasp even though quality of translations can be made.

Upon hearing to many foreign people who worked for Japanese companies, including me, we can say that Japanese users seek interfaces, functionalities sometimes that do not match sometimes non-Japanese audiences or coder. Therefore there happens huge cycle re-creation when an outsourcing for development is made. Whereas Chinese companies do follow the requirements easily and or ready to make changes even if it cross slightly over time.

The very important point to be noted here is that Japanese companies consider the user requirement completion rather than time consumed. Therefore even if there is no repeat or re-coding time has to be managed with in the budget, Since chinese can manage this with quick understanding of requirements and can make changes easily with no much efforts due to language capability, Indian comapnies some times tend to produce over cost for the time consumed that seems to be unmatched with project goals. Though this may not be the case all the times but it is inter related. Thus satisfaction rate of all 3 parties user, client and provider tends to be little less than compared to chinese provider.

From Indian IT companies’ point of view there is another layer to overcome that is the cost of sales in japan is high. In Japan to sell a service to a company takes plenty of meetings, plenty of documentation and “Nominication”.

Nominication is after 6 pm dinner meeting where two teams of counterparties get to know each other before starting to work on a small project or big project. Those who have worked once with Japanese companies should be able to know that Nominication is part of sell strategy.
Apart from time consuming sales process; rental and labor costs are so high that before a project or work could bring actual cash in; already overhead costs are running 100% of the project cost.

In the past few years many Indian IT companies do try to participate in Japan`s IT Exhibitions and try to create a deal, but somehow we do not see much profitability.
However there is one service model which is making interesting to Japanese and Indian companies. Training Japanese employees or interns in Indian IT Companies.

Currently this seems to be very small in size but I do see lots of interests among Japanese youngsters to learn in Indian IT companies perhaps Indian IT has a Global Brand image.

As worldwide trend is on big data, SaaS, Cloud based technologies –In Japan also contents, services on these technologies are up high. Perhaps in upcoming years we can hope that Indian IT companies can increase their market share in Japan in the new domain technologies by incorporating proper strategies. Japanese IT companies are seeing Indian Companies to work with new domain though there is no data published as such.

Junko Nirmala is a Tokyo resident with 15 years of experience in technology and business consulting services mainly focusing on India-Japan Market and cross border related services. Her diverse background even includes a short stint as a Venturepreuner. During the last few years she has helped several Japanese companies with their India market entry strategie.

Writer can be reached at [email protected]

BSNL gets SAP certification for its Internet Data Centres

Vendor-Partner Management in the times of Covid 19