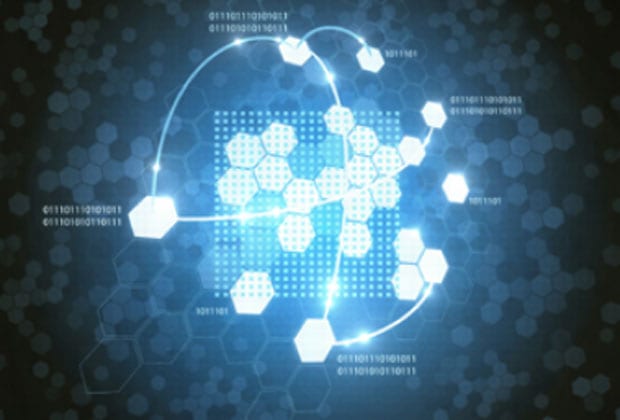 Here is an insight into Genpact’s journey of revamping its IT infrastructure with Schneider Electric solutions, which saved it from becoming antiquated

“Special focus must be given to lay down the vision, mission and objective, which would be driving this initiative and do not forget that it needs multiple reinforcing of communication with every stakeholder. It is important to communicate the ‘why’ part of it more often, so that ‘what ‘and ‘how’ part just become consequent action steps for implementation,” wisely says Shyamashis Brahma, Vice President- Infrastructure and Logistics at Genpact. The tone of inspiration resonating in these words is on data centre lifecycle implementation that Genpact underwent.

Genpact, a former business process outsourcing unit within General Electric, became an independent company in 2005 to bring its process expertise in Lean Six Sigma to clients outside the GE family. At the time they could only imagine growing from 32,000 employees and revenue of US$823 million in 2005 to 60,000+ employees and revenues of nearly US$2 billion in 2012. The fast pace of growth came with its own myriad challenges surrounding IT.

As a global service provider, maintaining a robust and resilient IT backbone is a must. However, Genpact discovered flaws with its own IT infrastructure. For instance, its infrastructure was expanded considerably just for the sole purpose of maintaining uptime, but this limited its ability to properly manage it. Genpact’s pressing need to overhaul its infrastructure was further complicated by vendor management issues. This is how its journey toward data centre lifecycle began.

The first step was taking feedback from all departments within the organisation. The result of the assessment was obvious and it became clear that there was a need for revamping existing monitoring and management processes and tools. Apart from these, the evaluation showed that modular and hot swappable data centre solutions were needed as well. Genpact’s older data centres were standalone and took up a considerably large footprint. Genpact had installed UPSs keeping in mind a 10-15 year demand extrapolation, but this was unnecessarily pushing the CapEx

After completing a Power Quality audit, the company decided to break out of its existing vendor relationships and forge a new one. Brahma says, “The result of the power quality audit was a score chart for the business to improve energy performance and efficiency in the data centre. While the need for a better partner was felt, we wanted to make sure that we take an informed decision of what we really needed from our partner.”

As part of the Power Quality Audit results, Genpact found that its data centre costs entailed about 40% in power consumption alone and were running on low efficiencies. To tackle this, Schneider Electric took on the role of the data centre consultant and carried out a comprehensive audit for 11 sites across India.

“While looking at a partner, we also wanted a total cost of ownership based model and we believed in the plan laid down together with our teams,” says Brahma.

Schneider Electric suggested a ‘build as you grow’ model that would lower the undue pressure on the finances. Instead of a classical UPS, it introduced an idea of a chassis with a few modules, with the ability to add on as required. As a result, they were successful in drastically cutting down CapEx and wastage. Also, in case of smaller issues, such as battery replacement, only that particular module would need to be pushed out and the replacement done. If a classical UPS goes down, it takes everything down with it. But with the Schneider Electric model, outages were reduced by 25%.

Along with the comprehensive modular solution, the plan also included RIMM (Remote Infrastructure Monitoring & Management Services). Schneider Electric RIMM enabled Genpact to be more proactive with improved, real-time visibility of data centre operations, UPS, and other elements via a simple GUI. According to Bhrama explaining the importance of due preparations, “Detailed change management process had to be set up within the extended organization and the external supply chain to ensure controlled and trouble-free deployment and each and every stakeholder had to be carefully covered before the deployment began.”

Brahma advises other organizations who are planning to trail on a similar path, “While carrying out a technology assessment, it’s very important for the team to understand the impact of the product to the organization’s business dynamics.

They need to understand the need versus functionality fitment when selecting the product.” He mentions that most of the time companies either go overboard or undercut during its technology evaluation and hence either the full potential does not get realized or it goes waste. He also says to focus on the products TCO end to end through its lifecycle and not just on direct cost.

The benefits of such a deployment are not only immediately felt, but also linger on for years to come. Mentions Brahma, “Presently, Genpact’s standardised data centres can be scaled as required, and is resilient, reliable and free from human errors.” The business benefited straight away, seeking reduction in energy costs by up to 10-12 percent, lowering CapEx 15-20 percent, and greatly improving operational efficiency and productivity. The modular UPS counters the variable load conditions during 24/7 working environment which is already resulting in 70% savings and 90% ROI.

Features like Asset Predict, has provided the organization with complete visibility through remote monitoring and management of more than 300 critical assets installed in seven facilities via alerts, alarms, predictive analytics, and fault resolution.

The service enables Genpact to ‘predict and prevent’ as opposed to ‘detect and react’ and eliminate vendor management issues through consolidated management of multiple equipment across many sites. 3 Phase UPS (Galaxy 7000 and Precision Air Conditioning) has increased energy efficiency. Genpact has also experienced savings of up to 50% on floor space. The entire implementation has resulted in reduced maintenance cost and presently, 75% less time is spent on maintenance

In a carbon- emitting world, post-implementation, the organization has a reduced carbon footprint, with the distribution brought down to approximately 1490 tonnes of CO2 emission over 10 years. What’s more, their data centre received high rankings. “We recently received an A+ in GRI sustainability ratings and its credit most definitely goes to all the research and deployments we did in the data centre,” concludes Brahma.

Jasmine Desai
Subscribe to our newsletter
Sign up here to get the latest news, updates delivered directly to your inbox.
You can unsubscribe at any time