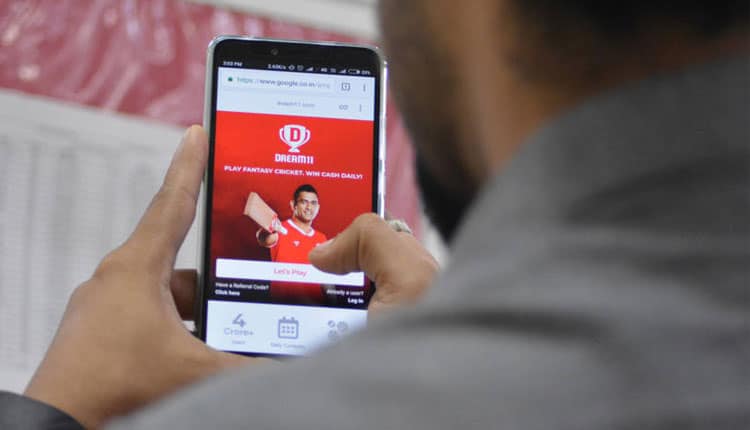 The craze for fantasy sporting games have skyrocketed after the entry of apps like Dream11. Mumbai-based Dream11 is the market leader when it comes to the fantasy sports gaming market in India. With the fantasy sporting games market on the rise in India, the company continues to make scalable and agile platforms to set the pace high. Abhishek Ravi, CIO, Dream Sports in an interview shares how the app is analysing the findings from the past IPL seasons, and implementing learnings to make each tournament better than the last. Now, the app is ready to manage a projected 10 million concurrent users in the ongoing  TATA IPL 2022

Our flagship brand Dream11 hosts 120 million+ users on its platform. With peak concurrency of more than 5.5+ million users on a good match day, we provide them with the option to prospect thousands of fantasy sports contests across a variety of sports. We offer our users several features of engagement. During the match, features such as Leaderboard and Event Rank (Ball-wise team rank) help the users keep a tab on their team’s performance during the game. Our social features help the user to find their network, follow and track each other. As part of Rewards and Gamification, users are provided engaging features such as Streaks, Dream Awards etc.

We have recently launched Skill Score for a user. Dream Runs is our virtual currency that has been launched as part of the new loyalty program.

To provide the best possible user experience in this journey, our hero is DataAware – a self-service funnel analytics tool used by our tech and product teams. Technology that is labelled as AI is actually machine learning, or the data-driven use of advanced algorithms to simulate small parts of human thinking and decision-making processes. To understand common behavioral analytics, we developed DataAware. The process involved multiple steps from data collection to storage, processing, and integrating Application Programming Interface (API) and visualisation layer to ensure dynamic query generation. Post vigorous rounds of developing and prototyping, we arrived at DataAware with the features that were previously missing in our pre-existing analytics tool.

How does the company manage over 5+ million concurrent users during IPL season?
In previous seasons, Dream11 saw up to 5.5 million concurrent users and we are seeing that mark getting breached this season. Some of our services get more than 80 million requests per minute. All of this means the system needs to be able to handle unexpected surges. At our scale, we cannot do hacks to sustain the traffic. We go through a proper process in which Load/Stress testing is an integral part of any release.

To prepare ourselves for massive scale, we have been relying on cloud testing and scaffolding along with tools like Mobile App Automation (to increase efficiency and reduce execution time while developing new features), Torque (to manage high traffic and concurrency), FENCE (to detect fairplay violations and ensure transparency) and Funnel Analytics (to recognize user behaviour trends). These in-house solutions have helped us bridge gaps and create the best possible user experience during the IPL seasons. Additionally, we treat all our product increments as experiments. We ship changes very carefully by slowly increasing the exposure to different user cohorts using our in-house A/B testing platform DRS (Data-driven Review System). To ensure the services behave correctly at critical times when there are a lot of user traffic surges, our awesome data science team came up with a heuristics-based concurrency prediction model to bring more predictability to the organic and inorganic patterns in user concurrency that in turn, enable auto-scaling of our services.

Most importantly, we analyze the findings from the past IPL seasons, share the results and implement our learnings to make each tournament better than the last. Now, we are ready to manage a projected 10 million concurrent users in the TATA IPL 2022.

What are the recent tech innovations that have helped the company?

We have heavily focussed on the social aspect where users can have more fun and trust while using our app. The ‘Groups’ feature available on the app allows users to form groups with their friends from their contact list, create customised contests and track their group competition for a tournament on a customised leaderboard. To make it easier for users to communicate with their fellow fantasy sports enthusiasts, we have also introduced a one-on-one chat feature that supports static / non-static digital images such as emojis, stickers, and GIFs. Over time, we have built live ball-by-ball match commentary, dynamic scorecards as well as detailed statistics on player performance and their fantasy scores.

During this IPL season, we are also introducing the Dream11 app in Hindi and plan to do so in various regional languages over the next few months to make fantasy sports more accessible to users across the country.

Describe the culture at the company that supports these tech advancements
Our Dream teams involve a mix of experimenting minds and seasoned engineers, and this helps our team to not only go above and beyond the mainstream ways to solve a problem, but also test whether the outcome is sustainable and if it will work for a larger audience. We are guided by our five cultural pillars Data-obsessed, Ownership, High-performance, User-first, and Transparency, and we encourage Sportans (our employees) to DO PUT our culture first. We have discovered that over the years, the one thing that scales with an organisation is culture. Dream Sports is a culture- driven company that fosters an employee-focused, transparent, in-person and open culture.

Instead of following the HiPPO (Highest Paid Person’s Opinion), we encourage employees to give their ideas and feedback and also take greater ownership of their work. We make decisions and adjustments as a group based on conversations, surveys, and feedback from all Sportans.

Meanwhile, the hyper-experimentation-based HEAL (Hypothesis, Experiment, Analysis, and Learning) program, in which Sportans are encouraged to experiment, fail quickly, learn fast, and move forward, is one of our organisation-wide cultural practices that enable Sportans to perform their best stress-free.