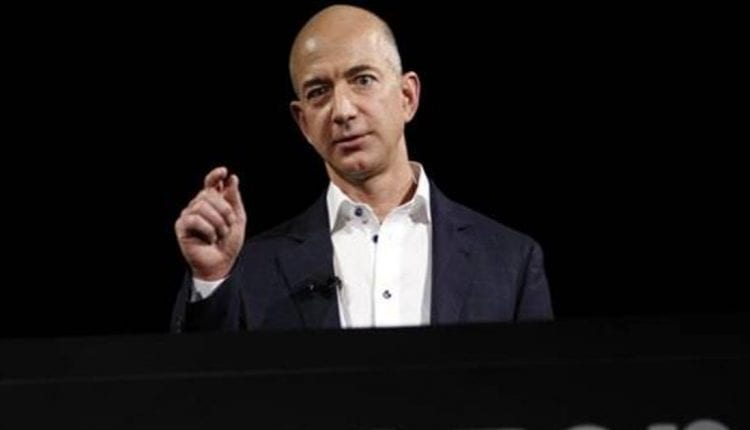 The project, he said, is “a very good business for Amazon” because it requires a big capital expenditure, Bezos said. “It’s multiple billions of dollars of capex. Amazon is a large enough company now that we need to be doing things that, if they work, can actually move the needle.”

In filings with the International Telecommunications Union, Amazon said it aimed to place 3,236 satellites into low Earth orbit, and use them to beam broadband internet connectivity across the globe. The project is separate from Bezos’s space launch vehicle maker, Blue Origin LLC.

“By definition you end up accessing people who are kind of, underbandwidthed,” Bezos said. “Rural areas, remote areas. And I think you can see that, going forward, access to broadband is going to be very close to a fundamental human need.”

Bezos was speaking about the project when an animal rights activist rushed the stage. The protester was taken backstage by security personnel without incident.

Samsung has third most patents on AI: Report