A new smartphone application that can extend battery life 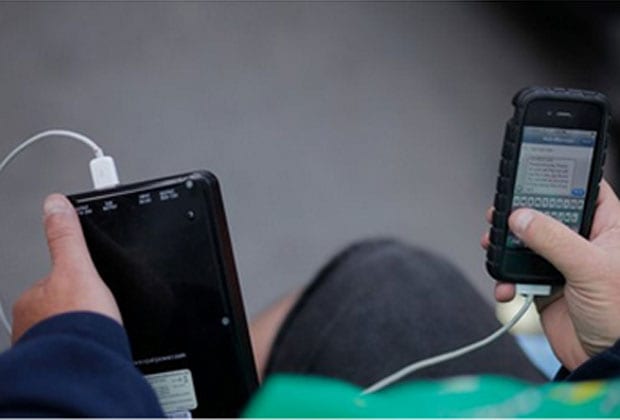 A researcher in the US has developed a new smartphone app that can help you minimise energy consumption and extend the battery life of your cell phone.

Y Charlie Hu, a professor in the Purdue University school of electrical and computer engineering, has created the app named Estar that shows how quickly other apps will drain a smartphone battery, and offers energy efficient alternatives.

“We created the free Estar app specifically to empower smartphone users to extend their smartphone battery life by exposing energy footprints of all the popular apps in the app market,” Hu was quoted as saying by The Journal & Courier.

The app provides users with information so they can make more informed decisions on whether they want to avoid downloading power-hungry apps or remove such apps that were previously downloaded.

Estar, which is available for free in Google Play, displays a colour-coded, five-star energy rating for each app that shows how fast an app will drain the phone battery relative to other apps in the same category.

Users can then use this information to make decisions on which apps they choose to download, including energy-efficient apps, those having high energy ratings by Estar.

The app also reports on the energy drain of apps already downloaded and running on the user’s phone to identify and warn the user which apps are draining an excessive amount of battery.

The user can then take actions such as stopping or removing the app to extend the battery life.