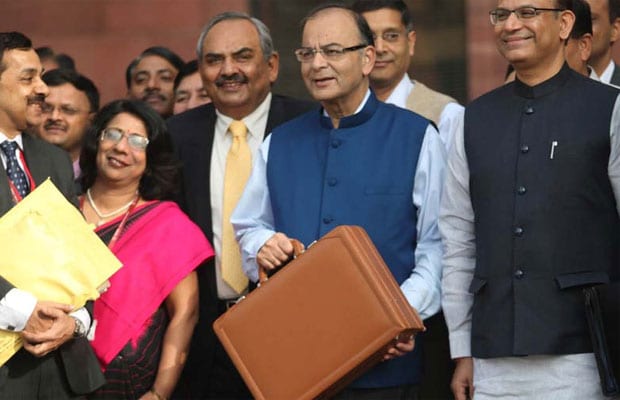 With another year passing by and the date for Union Budget 2017-18 fixed for 1st February, all the sectors are now queuing-up with their wish-list and expect finance minister Arun Jaitley to consider them in his Budget 2017 speech. For real estate sector, there have been lots of road blocks from stagnated demand to side-effect of demonetisation but companies are hopeful of a populous Budget as it has been preponed before upcoming elections in five states including Uttar Pradesh and Punjab.

On the other hand, real estate veterans and experts believe that a balanced budget might be announced, where there will not be many benefits for the realty sector; but indirect announcements such as exemptions in tax slabs, that might help the consumers to increase their purchasing power and thus, maintain the flow of money in the economy.

Seven realty companies share their expectations for the upcoming Budget 2017:

Housing for all and affordable housing have been the two major jargons of the government for the real estate sector, where work has been carried out diligently. Its time now to expand these concepts and increase the benefits for other segments of the population as well. At present, only the EWS and LIG segments have access to the PMAY benefits, and still there is a large segment of youth population which is in dire need of an abode at low cost, and they don’t fall under such categories. The Budget 2017-18 must focus upon providing such benefit to the masses and provide clarity over projects been covered under this scheme. Industry status for the realty sector has been long awaited and it would be a game changer for the sector if it is granted this time. Also, clarity over the slab of GST where the realty sector will fall is still uncovered. Overall, it is expected that Union Budget 2017-18 will be a common man’s budget where positive changes in the income tax structure is highly anticipated.

We are projecting infrastructural development as the core aim of the government for this Budget. Huge amount for infra development may be announced this year as well especially for developing regions of the country falling under AMRUT scheme. Apart from that, GST’s proper implementation, relief on income tax, more incentives for digital means of transacting and promoting real estate investment trust (REITs) and infrastructure investment trust (InvITs) might be amongst the highlights from the upcoming Budget. No direct benefits for the sector are expected at this time, as recent rate cuts and affordable housing incentives have already been announced by the government. We might only witness the Budget providing indirect benefits to this sector that will act as a catalyst in the long run.

This Union Budget, policies for allied industries such as steel and cement needs to be standardised as it indirectly affects the cost of housing units. Also, tax deduction limit for housing loans of Rs. 2 lakh is quite less especially for major Tier 1 cities where ticket sizes cross 1 crore in several cases. This limit can be looked upon along with reduction in stamp duty charges to allow higher savings. Finally, changes in the tax slabs are pretty much on the cards that will allow young working class to look upto real estate as an avenue for investment or even residing.

Union Budget 2017-18 is expected to bring cheer to the masses in the country. We have just witnessed banks reducing lending rates and the government also promoting affordable housing for EWS and LIG categories by providing special interest rate reductions. This year’s budget will focus upon improving infrastructure in the country in order to bring smaller regions into the limelight. Making changes in the income tax slabs will allow higher savings and better spending capacity for the public, thus allowing people to look at real estate as an attractive avenue for residing and investment purpose.

This year’s budget might not offer much to the realty sector directly as the government has already been offering benefits and incentives during the course of year 2016. Last year itself, a lot has been delivered by the government for the budget housing segment and infrastructure of the country, and this year too infra segment might receive the biggest chunk. Although, single window clearance and industry status is an urgent need of this sector in order to provide the much needed impetus on a larger scale. With RERA and GST to become operational this year, it is imperative that single window clearance is announced across the country.

For the real estate sector, government is already moving on the right track with timely announcements and policy implementations taking place at a decent pace. Post demonetisation and with the banks reducing lending rates, the government is leaving no stones unturned to achieve its target of Housing for all by 2022. It is important though to reach out to all the possible audience segments and not only the weaker sections of the society. Rebates on income tax, clarity over GST and RERA, easing norms for FDI, making route for REITs and InvITs easier and passage of the long awaited land acquisition bill should be in plan for the upcoming budget session 2017-18.

Government has already been very active for the realty sector since the Union Budget announcement for 2016-17 last year. Major incentives for both, developers and buyers was announced under affordable housing initiatives and rental housing. Very recently we even observed rate cuts by banks for the housing segment in general, where affordable category received even bigger boosts by the government. This time we are predicting the government to ease the taxation slabs and provide higher spending power to the consumers that will indirectly benefit the economy and the realty sector. Infrastructure will be a crucial side where the government might announce big projects and greater spending. This in return will allow the conversion of rural to urban regions, thereby promoting tier 2 and 3 cities to gain real estate momentum and increase job opportunities.