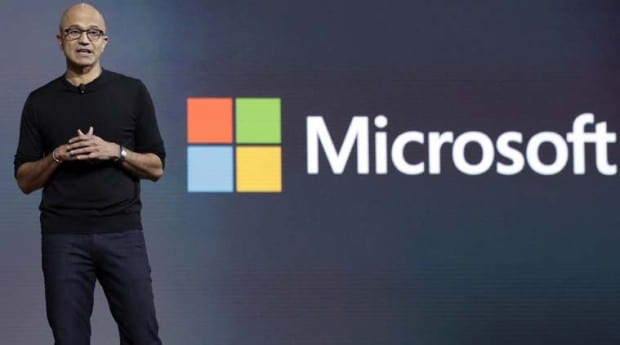 Speaking at the Microsoft Future Unleashed event, the India-born CEO said there will be more computing in our lives in the coming decade.

Microsoft CEO Satya Nadella echoed the sentiments of Maharashtra Chief Minister Devendra Fadnavis by saying that company’s ambition was to empower the people. Speaking at the Microsoft Future Unleashed event, the India-born CEO said there will be more computing in our lives in the coming decade.

“Computing will be everywhere, but what will be key is our mobility of our human experience through all this computing. That is where the cloud is important.”

And there is a reason why the event, the largest by Microsoft in India and one that will be an annual feature from now on, is being held in Maharashtra. The state houses two of Microsoft’s three data centres in India. The company is also working with the state government in setting up the first smart village at Arisal.

In fact, Fadnavis said there was no doubt that creating smart cities is creating efficiencies. “Unless our cities become efficient we will be exploiting nature. But then we can also create smart villages,” he said, adding how behind the scenes he had discussed with Nadella, the possibility of setting up 50 more digital villages in 2016.

Giving a hands-on demo, Nadella explained how Microsoft has three interlocking ambitions: reinvention of productivity and business process and bringing them together; building an intelligent cloud and more personal computing. He showed how Microsoft was helping to take the continuum experience across devices and services so that the experience remains the same.

Kicking off the event, which curator Lakshmy Patury said would be about stories and ideas instead of numbers, Anand Mahindra highlighted how Mahatma Gandhi was in his view the messiah of Digital India by talking about localisation and self sustaining communities.

He said the future is in thinking small and empowering local communities in the way Gandhi envisioned. He drew a parallel from Hindu mythology where Ganesha circled his parents saying they were his world to suggest that democratization through digitization is where the world should be headed. “Digitization is helping us re-conceptualize our world. There is a different fork in the road you can take.”

Union Minister Ravi Shankar Prasad spoke about the rural BPO scheme which he thought will be the harbinger of change in many parts of the country. He appealed to Microsoft to apply its experience in language technology to help Digitise Indian languages. He said the vision to combine the power of Aadhaar and mobile phones will bring governance to the hands of all in India. He said investments in electronics manufacturing have now risen to Rs 1,10,000 since he took charge.

Explaining how Maharashtra was leading the way in Digital India, Fadnavis said while the state was always a preferred destination for industry, ease of doing business was lacking. “Have brought down the number of permission needed from over 75 and will bring this down to 25,” he says adding that everything is being moved with to an e-platform.

The state already has over 49 services that are fully online, he said, adding how the Right to Services Act had made it the duty of the public servant to do the services within a stipulated time giving people the option of legal recourse.

Fadnavis said Maharashtra now wants to make industrial areas smart and infuse more technology in the education sector. Nadella gave the case study of Andhra Pradesh where the government was using data to track dropout rates and predicting what may happen.

“They are focusing scarce resources in places where they get better outcomes,” he said, showing that business intelligence and data was helping improve productivity across sectors.

“An intelligent cloud helps you take advantage of one of your core assets, and that is data. We are now seeing the owner of the cloud manifest across the entire landscape of India,” he said, giving examples of ventures likes Virtual Agri Services and LV Prasad Eye institute. “People of India have a tremendous opportunity ahead and we want to play a small part so that they can achieve their potential.”