Innovations in the IoT 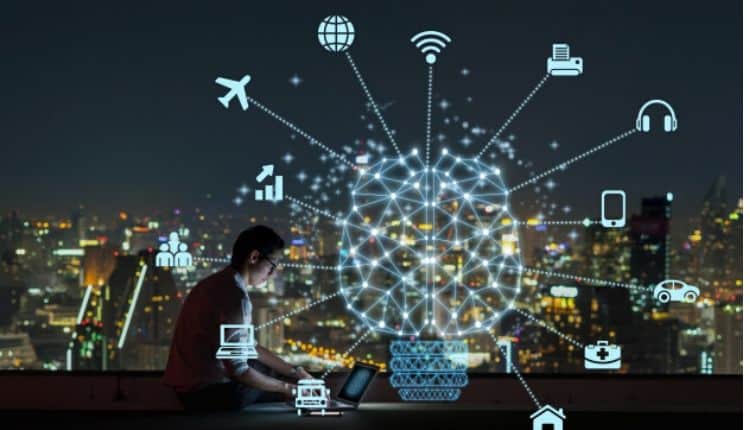 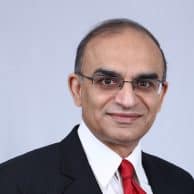 By Anurag Mehrotra, Chief Executive Officer at CMS IT Services

The Internet of Things (IoT) is the system of computers and machines that transmit data to each other and do things without human intermediation. Every day, more and more ordinary objects, from dog collars to toasters, are being fitted with chips and connected to networks through which they can talk to one another and take care of tasks without people having to attend to them. We might not have robots that can change diapers—at least not yet—but you can get diapers connected to your smartphone and receive text alerts when they need changing.

Such ordinary, everyday, or perhaps inordinate applications aside, the Internet of Things bears far-reaching potential for the efficacy and wealth of a complex society such as ours. According to the World Economic Forum’s ‘IoT Guidelines for Sustainability,’ “The Internet of things (IoT) is undoubtedly one of the largest enablers for responsible digital transformation. It is estimated that industrial IoT alone can add $14 trillion of economic value to the global economy by 2030.” It’s likely that COVID-19, let alone hindering this growth, will only drive it further, as the pandemic underscores the value of seamless systems of production, exchange and civic affairs that don’t require human contact or in-person oversight or operation.

As the Internet of Things coalesces further, every further addition to it will have even more value. This is often the case with things involving data. When there are a hundred units of data, there’s some stuff that can be done with it. But with a thousand units, there’s more than ten times greater connections to be formed. The point being, with each further addition to the Internet of Things we’re seeing, it’s likely that the next one will draw and create exponentially more value than the previous one did, and so on.

One of the most critical uses for the Internet of Things will come in the realm of environmental management and sustainability. The Earth is huge, but our resources are limited. To respond best to numerous escalating ecological challenges, we need to optimize our resources and their flows. By embedding and connecting our environment and infrastructure with sensing technologies, we can track every single place on the planet where a resource is being wasted and make the appropriate adjustment to the infrastructure.
Take, for instance, smart grids, which facilitate energy flows most efficiently through the entire electricity grid. By anticipating electricity demand at the scale of entire cities, its supply can be optimized. Another possibility is transmitting electricity as needed to small, isolated population centers, as opposed to planning for fixed and often superfluous amounts of power. These trends would also align very well with emerging renewable technologies, especially solar energy, which is possible to generate at a decentralized and small scale, allowing for a more resilient energy grid. These advances, particularly involving the integration of solar power into the grid, can also allow consumers of electricity to play an active part by selling excess solar power they produce at home into the grid.

Along with that, predictive maintenance capacities will enhance the functionality of smart grids. For example, gas line monitoring systems can now be equipped with sensors that allow the detection of natural gas leakages, which comprise a significant wastage of natural resources, and can remotely close affected valves. In general, equipping buildings and industrial facilities with IoT sensors, algorithms and response mechanisms for predicting when maintenance and upgrade is necessary will allow for great savings in labor while preventing undue waste, wear-and-tear and pollution.

Agriculture is another realm where IoT has transformative potential, particularly when it comes to irrigation. 70% of the Earth’s freshwater is used for agriculture, according to UNESCO’s World Water Assessment Programme. A lot of that usage is necessary, but faulty field application techniques and leaky irrigation systems lead to much preventable wastage. If farmers are given support to adopt IoT systems, that can change, by using soil moisture sensing systems, automated sprinkler systems, and better rain forecasting technologies. This can save water, but also, boost productivity and raise the incomes and living standards of farming communities.

Waste management can also be improved with smart IoT technology. Existing municipal waste management techniques proceed on a pre-set schedule of garbage pickup. But sometimes dumpsters get full before pickup day, and that can lead to an effusion of harmful substances into the surrounding air, water and soil. Sometimes they aren’t full even by pickup day, which leads to needless usage of labor and fuel in making those rounds. But now, dumpsters can be built with embedded sensors that notify the city government when they fill up. Navigation algorithms can then optimize routes across a number of pickup spots while responding to live traffic data to come up with the most efficient routes for garbage trucks everyday. Altogether, this can yield huge benefits for cities from the fiscal to the environmental level.

Wildlife and their habitats can also enjoy the potential of the Internet of Things. Environmental sensing technologies can alert relevant authorities to illegal deforestation and wildfires. Endangered species such as rhinos, if fitted with radio-frequency identification (RFID) tags, can be better protected, as rangers can keep an eye out for poachers around where the relevant species are located.
These applications and the advantages they yield may already be reason enough to invest in them. But these technologies will improve even more as there’s greater adoption of them. With the cumulative data of different instances where devices are connected to the same cloud network for a single purpose, the artificial intelligence processes underlying your devices will be trained even better in working everywhere they are deployed. In a nutshell—or a microprocessor, if you’d like—the more Things there are on the Internet, the better it gets for everyone. Such is the wonder worked when data and networks mingle.

IT/OT Convergence & The Future of Industry 4.0

Business Intelligence: The Inevitable way forward for the manufacturing sector

Leveraging AR/VR and other emerging technologies to elevate customer experience