Home  »  Data Center  »  With a number of green innovations, CtrlS’ Sridhar Pinnapureddy emerges as the ‘Green Man’ of the Indian Data Center Industry

With a number of green innovations, CtrlS’ Sridhar Pinnapureddy emerges as the ‘Green Man’ of the Indian Data Center Industry 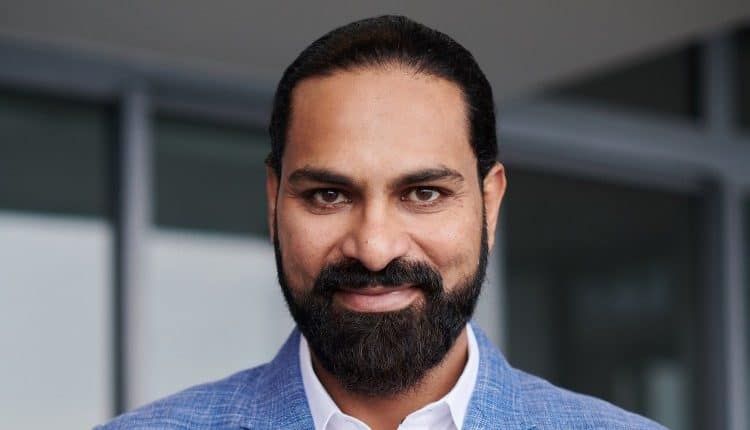 Last year, CtrlS was awarded the most prestigious USGBC Regional Leadership Award recipient by the U.S. Green Building Council (USGBC). CtrlS joined an impressive slate of awardees that included organizations, projects and individuals around the world who were using green building and sustainable practices to improve the quality of life for those around them.

Sridhar says, “At CtrlS, we care for planet earth. It is important that we leave behind a healthy planet for our future generations. As a responsible organization, we have embarked on 200 innovations combined with 25 green initiatives to reduce carbon footprint, reduce dependency on fossil fuels, eliminate wastage of water, become a paperless office, achieve near 100 per cent work from home powered by automation, eliminate usage of plastic and air pollution, recycle e-waste, save trees, and maximize usage of renewable energy. We are committed to sustainability and reducing carbon footprint and hence, we are silently building a world that is safe for our customers, future generation and for our planet Earth.”

Gopalakrishnan, MD, GBCI – Southeast Asia & Middle East Markets says, “Sustainability is embedded in the DNA of CtrlS, a company led by Sridhar Pinnapureddy. The company is focused on best practices in energy management, good indoor air quality management, water conservation and efficiency management, waste management, etc. All CtrlS Rated-4 Hyperscale data centers are certified as LEED Platinum v4 O+M by GBCI, setting a benchmark for the data center industry both in India and around the world.”

Sustainability – no longer just a boardroom discussion
According to a Mordor Intelligence report, the green data center market will reach nearly $181.91 billion by 2026, growing at a CAGR of 23.01 per cent, while another report by ResearchAndMarkets.com predicts the industry to worth $142.8 billion by 2026, rising at a CAGR of 19.7 per cent. While the acceleration of digital transformation and exponential growth in data demand show no signs of abating, solar energy is the stand-out source of clean energy.

Says Sridhar, “CtrlS understands that sustainability and green data centers are no more just a boardroom discussion. Here too, CtrlS is leading the pathway. The company invested 21,621 hours on employee training to ensure each one of them are aligned towards its mission of being sustainable and green. CtrlS has already installed solar panels along the walls of its data center and has installed 1MW BIPV solar plant at Mumbai data center. In fact, for the last decade, CtrlS has been a winner of several energy efficiency awards. The company has adopted energy efficient technologies and systems akin to chiller plant manager, VFDs for all HVAC equipment, variable cooling system, CTI approved cooling towers, online monitoring and auto chemical dosing to avoid increase in approach of chillers, eco mode UPS system for all mechanical systems, HT dual source automation, 100 per cent LEDs, usage of motion sensors, BMS to monitor various efficiencies & PUE, and hot/ cold aisle containment. Such efforts on energy optimization have led the company to reduce over seven thousand tons of CO2.”

Today, the CtrlS Mumbai facility is the country’s largest solar covered data center with 1.3 MW installed capacity generating 1.8 million units of power per year. This helps offset CO2 emission by 620 tons/year. The company is also building captive power solar plants with a capacity of 200 MW to minimize environmental impact and move to zero-emission, zero waste and zero pollution operation. The company has already eliminated carbon emissions equivalent to 46,379 metric tons while recycles 28,148 metric tons of waste over the last five years. It has adopted green data center designs in building constructed from blocks made from fly ash, and all its facilities are equipped with energy efficient world class equipment.

All CtrlS data center buildings are constructed from blocks made from fly ash. It has been deploying eco-friendly organic chemicals with sophisticated online monitoring across its data center facilities in addition to an auto dosing system for cooling tower water treatment. CtrlS also monitors water parameters in real time to optimize consumption of water by the data center facilities.

The CtrlS Noida data center is one of the most unique facilities in the data center industry. The entire national capital (NCR) region is faced with challenges of air pollution. However, presence of sulphur in the air across NCR and Noida has the potential ability to cause damage to computer hardware and malfunctioning of devices, as sulphur causes corrosion in metals. To solve this critical problem and safeguard the data of its customers, CtrlS established an air filtration plant which processes the contaminated air, scrubs it and then releases clean air into the data center, thereby ensuring all the servers, storage devices, networking components and other devices located within the facility are protected from such threats. The air is not just good for the IT infrastructure but also for human lungs.

The air filtration plant is equipped with air scrubbers, +ve pressurized system along with treated fresh air system.
Siddharth Jain, Managing Director, EPI India says, “CtrlS is among the best data centers in the country. It follows Rated-4 standards defined by ANSI/TIA-942 and complies with all its guidelines. Its Noida data center is built to withstand earthquakes and contain air-pollution through its air filtration plant, which is safeguards IT infrastructure from corrosion is safe for human lungs.” The company performs regular indoor air quality assessment at all its data centers to determine the presence of contaminants in any and test for mold, pollutants, volatile organic compounds (VOCs), and more.

CtrlS also has storm water harvesting (70-90 per cent) at all its data centers, recycling of water, setting up of STP/WTP for recycling, collaboration with community STP/ETP/WTP, online monitoring and auto chemical dozing system at all DCs to reduce the blow down water for HVAC systems, adoption of water consumption reduction technologies, usage of low flow plumbing fixtures, usage of dual flush WC, and usage of waterless urinals. CtrlS aims to use 100 per cent renewable energy by 2025 (or as per permissible limit by Govt.), install onsite solar on new buildings and be carbon neutral by 2030 while use 50 per cent of recycles water by 2024 for Mumbai data center.

The company has set up a goal for 50 per cent usage of recycled water by 2024 for Mumbai DC and has established waste disposal program. Indeed every step it takes forward is towards ensuring a greener, better and prosperous Earth for us and better business opportunities for customers.

The overall impact of CtrlS’ green (sustainability) Initiatives
• 225,000 metric tons of carbon dioxide eliminated
• 10+ billion litres of water recycled
• 95 per cent reduction in paper usage saving 10,000+ trees
• Displacement of carbon equivalent to 149,172 cars driven in the last 900 days
• 77,225 tons of battery waste and 2.35 tons of e-waste recycled/disposed of in an environmentally friendly manner
• 18.5 Gwh of annual savings through its 25 innovative energy conservation methods
• Industry best PUE of 1.35 through 80 innovations in energy efficiency.

How to create the most immersive virtual experience in gaming?