Amid Digital India push, only 25 per cent adults use Internet in country, says Pew survey 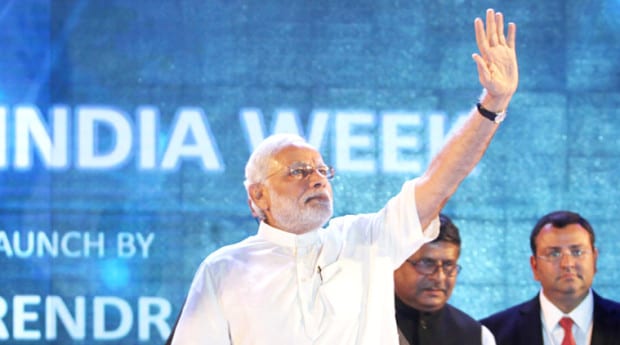 Despite talk of Digital India, only one-in-four in the country reported using the Internet in 2017, which is among the lowest in the world, according to a new survey by the Pew Research Center. South Korea stands out as the most heavily connected society, with 96 per cent of adults reporting Internet use, showed the the survey conducted in 37 countries. While majorities use the Internet in much of the world, sub-Saharan Africa and India has much to catch up with, according to the results released on Tuesday.

Samrtphone ownership among adults in India went up from 12 per cent in 2013 to 22 per cent in 2017, while social media use went up from eight to 20 per cent during the same period. That means 78 per cent of adults in India do not own a smartphone and a whopping 80 per cent of the population in the country have no clues about Facebook or Twitter. While the gap in Internet use between emerging and advanced economies has narrowed in recent years, there are still large swaths of the world where significant numbers of citizens do not use the Internet, the study said.

Internet penetration rates — as measured by Internet use or smartphone ownership — remain high in North America and much of Europe, as well as in parts of the Asia-Pacific. Yet, others are not far behind. In Australia, the Netherlands, Sweden, Canada, the US, Israel, the UK, Germany, France and Spain, roughly nine-in-ten report Internet use. Regionally, sub-Saharan Africa is one of the least wired parts of the globe.

However, among people who use the Internet, those in developing countries often turn out to be more likely than their counterparts in advanced economies to network via platforms like Facebook and Twitter. In 2015-16, roughly four-in-ten adults across the emerging nations surveyed said they used social networking sites. As of 2017, 53 per cent use social media. Over the same period, social media use has been generally level in many of the advanced economies surveyed.

The report also showed that there has been a steady increase in Internet use over the past five years among the 19 emerging and developing economies surveyed. In 2013, only 16 per cent adults in India reported using the Internet. The percentage of adults using the Internet in India went up to 25 per cent in 2017. Between 2013 and 2014, a median of 42 per cent across the emerging and developing economies said they accessed the Internet at least occasionally or owned a smartphone.

By 2017, a median of 64 per cent were online. Meanwhile, Internet use among the 17 advanced economies surveyed has remained relatively flat, with a median of 87 per cent across these nations using the internet at least occasionally in 2017, similar to the 86 per cent who said this in 2015 or 2016. Similarly, in 2013-14, about a quarter of people in emerging and developing economies reported owning a smartphone.