Kochi to be one of India’s first integrated smart cities

The Kochi Smart city mission will have an investment of 1500 crores. The Kochi Metro Rail has an overall investment of 9000 Crores, which also includes, the soon to be launched Kochi Water Metro. The plan is to have an open data initiative, wherein smart city, metro rail, feeder vehicles and water metro run in absolute alignment 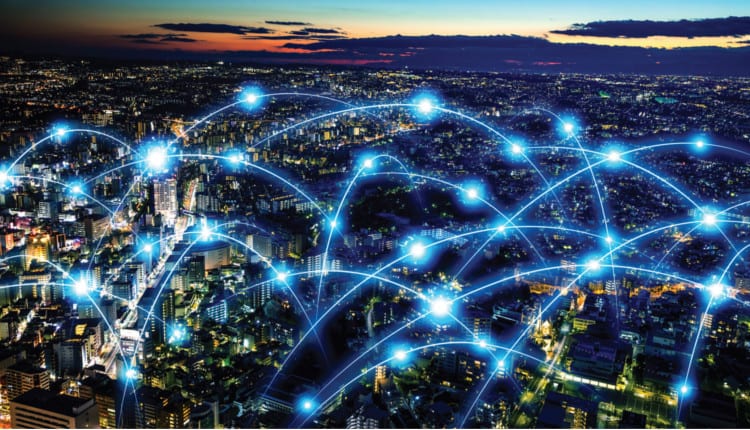 The data from the ten departments of the Municipal Corporation will be collected at the ICCC, over a dashboard. Decisions will be taken with proactiveness on the basis of technology enabled alerts. For e.g. in case a street light, of a particular ward, which is shut since the last one hour can be tracked and resolved as soon as it is reported. The citizens can also complain to the ICCC. For example, in case of a water leakage on the road, citizens can lodge a complaint on the mobile app and immediate action will be taken by the Water department. Currently, there are instances of the local people and councilor complaining about similar instances. The different departments of the corporation can closely coordinate and operate as one unit instead of operating in silos. The ICCC is under primary stage of construction.

IT interventions are also being used for multi level car parking. The ehealth project is under implementation. It’s a medical health advisory based IT intervention. The smart poles are not just used as an energy tower but they also serve as a mobile tower.

Every station of the Kochi Metro is wifi enabled. Additionally, every ward located around the backwaters will be have Wi-Fi hotspots. There are over 100 open Wi-Fi hotspots that are operational.

Kochi Smart City Innovation Lab
The lab was inaugurated in December 2018 by the German Ambassador to India Dr. Martin Ney. The Fraunhofer Institute from Germany, one of the agencies behind implementing the Kochi Smart City Mission will provide the intellectual support for the projects. “They will identify certain sectors and associate with Kochi. After the sectors are identified, the data collection is done with the help of national agencies, post which the projects which are viable, bankable and technically feasible are also identified. Subsequently, they can be opened to either private of public sector / multilateral funding. The intellectual work for document identification from across Globe for adding best practices for the relevant projects is being done by the Fraunhofer Institute in association with the National Institute of Urban Affairs (NIUA), Delhi. It’s done under the auspices of the Kochi Smart City Innovation Lab,” informs APM Mohammed Hanish, Additional CEO and Managing Director, Smart City Kochi and MD, Kochi Metro Rail Corporation.

The Fraunhofer Institute is based in Leipzig, Germany. They have showcased a few of the cities in Germany as boutique cities. The Indo-German cooperation is developing three cities in India, viz. Bhubaneswar, Kochi and Coimbatore.

The work in the following areas is in a primary stage: Disaster management, energy security, sewage management. The documents, prepared in Germany have been exchanged after December 10 and the operational work will begin soon.

The smart city mission has spent close to 250 crore on smart roads. The work will begin soon. It’s scheduled to be over by March 2020. The smart roads include adequate walking space on both sides, including Gardens; smart poles; underground water, electricity, telecom lines, etc.

IT Interventions in Kochi Metro
Kochi Metro runs on an open data format and it’s the first metro in the country to do so. The open data helps citizens to plan the journey; identify the exact position of the trains to predict the exact time of arrival at a particular station. “We have implemented big data and analytics to pick trends of passenger preferences. Accordingly, more trains can be plied in certain sectors where the demand is more. As a consequence, a complementary increase in feeder vehicles can also be scheduled. It will result in seamless travel for the passenger – door to door,” says Hanish.

The passengers are issued with an Automated Fare Collection Card (AFC) for the Kochi Metro. These cards are either personalised or general based in the customer preference. The cards have been issued in association with Axis Bank. The same cards will also apply for the soon to be launched Kochi Water Metro. Kochi Water Metro is an integrated water transport project in Greater Kochi region proposed by Kochi Metro Rail.

A mobile app has also been made available to the passengers. It has the information about the train schedules, the nearest station from the location where the passenger is located in the city. The intention is also to integrate it with the feeder vehicles that will work in consonance with the Kochi Water Metro and Autorickshaw Society (15000 autos). The Kochi Metro Rail has formed a society of autos that will serve as feeder vehicles in the form of share, hire or on-call auto. Moreover the buses have also been embedded with GPS system. They are also included in the feeder vehicle ecosystem and the smart card can be used for all modes of transport: One city, One card for all modes of transport. There are over 600 CCTVs deployed at the 16 Metro stations. The operations of the Kochi Metro is done through the Operations Control Centre (OCC), headed by Director – Systems and GM – Operations and Maintenance.

The French financial agency AFD – Agence Française de Développement has funded the Kochi Metro and the coaches are manufactured in Indian from Alstom Transport.