What Are The Top Leaders Saying About MSMEs?

As the MSME (Micro, Small and Medium Enterprises) Day was observed on 27th June, top industry leaders share their thoughts on the same. A snippet 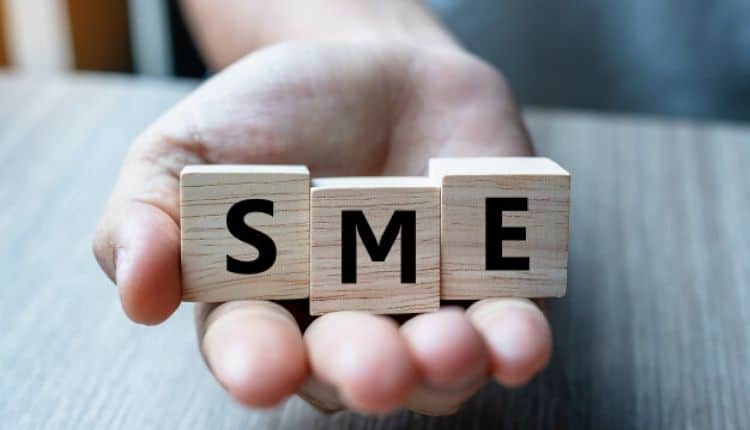 It’s a well known fact that the micro, small and medium enterprises (MSME) is the backbone of the Indian economy, and it’s also the second-largest employment generator in India. Reports say that the MSME sector in India generates approximately 70 million, and has a network of around 30 million units and also manufacturers more than 6000 differential products that has been hit quite adversely by the pandemic, majorly due to the fact that economic activities have come to a standstill. Shrikant Navelkar, Director – Oracle Relationships, at Clover Infotech believes “MSMEs are the growth accelerators of the Indian economy. As per a recent study, the MSME sector provides employment to over 114 million people and contributes to more than 30% of the country’s GDP.

However, this sector has been adversely impacted due to COVID-19 and the new normal. It is important for MSMEs to function seamlessly even in such situations. By leveraging the potential of cloud and new-age technologies, MSMEs can accelerate business development, manage operations effortlessly and engage customers better. In the process, they can drive growth and profitability while ensuring highest levels of security and cost-efficiency. I would urge all MSMEs to harness the power of new-age technologies and make technology an integral part of their growth charter, if they haven’t done it already.”

It’s also reported that last year in 2019, tentatively 65,312 micro-entrepreneurs had generated around 5.2 lakh jobs that was under the Central Government’s credit-linked liability subsidy scheme. The Government realised the importance of the sector has been pushing for reforms in order to achieve a GDP growth rate that is double in number, and this was much before the lockdown. Kishan Jain, Director at Goldmedal Electricals says, “India’s MSME sector has been recognised as the engine of economic growth and for promoting equitable development. The labour strength of the MSME sector is far higher than that of the large enterprises in India. Micro, small and medium-sized enterprises play a crucial role in providing employment opportunities at comparatively lower capital cost than large industries. Also, these firms aid in the industrialisation of rural and backward areas, thereby, reducing regional imbalances, pledging more rightful distribution of national income and wealth.”

With the arrival of the lockdown, it had created a situation of survival for the smaller firms, a majority of whom have been facing an acute shortage of working capital in order to run their businesses. Jain continues, “MSME companies are bringing in path-breaking innovations that contribute towards the economic development of the country. The government in May 2020 announced a slew of measures such as an INR 50,000 crore equity infusion, an INR 20,000 crore subordinate debt for stressed MSMEs and an upward revision of the turnover limit to provide fuel for growth to the MSME sector. We need to recognise the contribution made by this sector towards the country’s development while continuing to provide them ample opportunities for further growth and expansion.”

As mentioned before, the Government has been working relentlessly to get the MSME sector out of this uncertainty. Several measures have been introduced by the Government in the last three months, like that of offering collateral-free loan assistance and special liquidity schemes via partial guarantee schemes so that the sector is being revived. Parag Naik, Co-Founder & CEO, Saankhya Labs opines, “As a sector that accounts for two-thirds of the job opportunities in the country, it is safe to say that Micro, small and medium-sized enterprises (MSMEs) are the backbone of our nation’s economic structure. Over the last five decades, the sector has earned its place for being highly dynamic, vibrant, and a significant contributor to the Indian Economy in terms of Gross Domestic Product (GDP), by placing India on a global map by way of exports.”

Experts also believe that technological advancements have been one of the key areas for the government that focusses on encouraging small businesses to achieve the goal of MSMEs that would be contributing to half of India’s GDP in the upcoming five years. Naik concludes by saying, “When the pandemic struck, MSMEs were among the worst affected, however, for the country to bounce back to normalcy, it was imperative for the Government to step in. With an aim to handhold the MSME sector, they announced a slew of measures in May 2020, which included providing relief through emergency working capital, the creation of a dedicated fund with an INR 10,000-crore corpus, among other initiatives. This is a welcome move by the Government of India, and will definitely provide a much needed booster shot to the sector. The government can also do more to build the indigenous MSME ecosystem by focusing on supporting R&D and innovation and in addition to manufacturing. For companies like ours, this will go a long way in aiding us as we continue to develop innovative and technology-driven solutions locally which can be exported globally, and in line with the Government’s Atmanirbhar Bharat plan. As we observe MSME day this year, we should use its essence to provide opportunities for the sector to grow, flourish, and bring India back on its high-growth trajectory.”

Covid 19 to shrink India enterprise software market growth to 3.8% in 2020