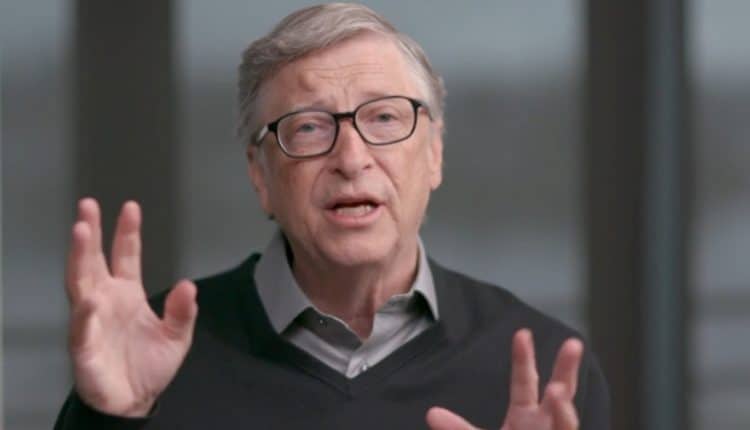 Bill Gates, Founder, Microsoft Corporation virtually received the award. Bill Gates is a living legend. Almost everyone’s life on the planet Earth has been touched by his work as an entrepreneur and also through his philanthropic work. It is every entrepreneur’s dream to be like him. To create and achieve what he had achieved. He was chosen for his outstanding contribution to the entrepreneurial ecosystem in the world.

While receiving the award, Mr. Bill Gates said, “It’s an honour to receive this prestigious award from TiE. I’m sorry I can’t be with you and my fellow recipients to be there to accept it but I want to share a few thoughts why your work is so important: Innovation is the key to solve the world’s toughest challenges – whether it is stopping a pandemic, avoiding a climate disaster or just raising human productivity. But as Paul Allen and I experienced with Microsoft, innovators can’t make it on their own. They need supporters and partners to make sure that their best ideas make it from the lab to the marketplace. For over 27 years, TiE has been doing just that. You support great entrepreneurs around the world and in some of the most important fields in technology today. Your work is essential in fostering innovation and creating the better world we all want. Thank you again. And I hope you have a successful summer”.

As a First Generation Entrepreneur Mr. Bill Gates has created a remarkable impact not only on the global economy but also has become an inspiration to many many entrepreneurs through generations. And the fact that he continues to give back to society, and what he has achieved is commendable. My Heartiest Congratulations to Mr. Bill Gates on being awarded the Lifetime Achievement Award”, said by Mr. Mahavir Sharma, TiE Global Chair.

Mr. Bill Gates is a Visionary Entrepreneur who has overcome various challenges and failures to create a new world, and he has leveraged success to tackle health and poverty issues worldwide which are overlooked by society. He democratized the entire IT and Computer Technology ecosystem. He is a living legend and a role model for every entrepreneur. My Personal and Hearty Congratulations to Mr. Bill Gates on being awarded the Lifetime Achievement Award.” said  Sridhar Pinnapureddy, TGS2020 Chair.

Mrs FC Kohli received the award Lifetime Achievement Service to Indian IT Industry Awardon Mr. Kohli’s behalf. Late FC Kohli was the founder and first CEO of Tata Consultancy Services, India’s largest Software Services Company. He is regarded as the father of Indian IT Industry. His wife thanked TiE for choosing him for the award.

Along with the Lifetime Achievement Award, TiE also presented ten awards under various categories. The awards recognized outstanding entrepreneurs who are shaping our world and also the key ecosystem players who are enabling the entrepreneurship to flourish. Six Outstanding Entrepreneurs and Seven Ecosystem players were recognised. On the whole 13 awards were presented. They include Best Government Agency Supporting Startup Ecosystem. This award was bagged by Government of Singapore. Best Corporate Supporting Entrepreneurship went to Google/Alphabet for Startups; Stanford University was recognised as the Best University Promoting Entrepreneurship; Best Accelerator Award was conferred on Y Combinator; Best Performing Global VC Fund went to Sequoia Capital; Most Active Angel Network in the world went to Tech Coast Angels; Bootstrapped to Billions Award has gone to Ben Chestnut and Rapid Listing Award to VIR Biotechnology, Lightening Unicorn Award to Indigo Agriculture and Most Innovative Startup Data Robot.

“When we decided a few months ago to launch the TiE Global Entrepreneurship Awards, one thing was very clear in our minds – with TiE being a truly global organization, the program had to be truly world class. In spite of the limited time available, and the fact that this was our first time, we undertook the initiative in the true entrepreneurial spirit. Our task was to identify which awards to be given, keeping in kind their relevance for the global entrepreneurial committee. We wanted to honour the outstanding individuals who with their sheer hard work and entrepreneurship, have completely transformed the industries and became role models for millions of people across the world.” said, Kali Prasad Gadiraju chairman and TiEGlobal Board of Trustees

TiE is a not-for-profit organization dedicated to fostering entrepreneurship. 61 Chapters in 14 countries with more than 15000 members worldwide and covers all the HNI’s into Tech, Angel investors and VC’s. The award was presented virtually.