Home  »  Interviews  »  Banking so smooth that it is almost invisible

Banking so smooth that it is almost invisible 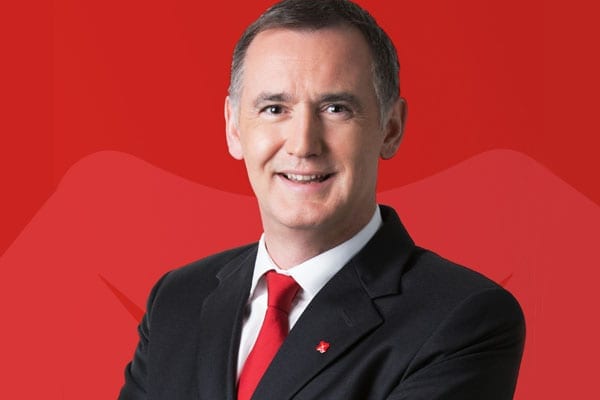 Because of our investment in human centred design we have come up with the concept of, ‘Making banking joyful’, says Paul Cobban, MD & COO, Group Technology & Operations, DBS Bank

Riding on the wave of change

The idea of having a digital bank was born two years ago, when we recognized that the idea of banking is changing dramatically. The banking landscape in near future will be unrecognizable as it is today. Technology sector is recognizing this change in BFSI. At the same time, we  realized unless we do something about this all of our traditional revenue is going to be eaten away. We had already made lot of significant investments in the preceding five years in data centre design, innovation, technology in terms of breaking down boulders of monolithic systems into micro-services or pebbles which has smaller components making it more configurable. We came to a point where we realized that we had got the foundation of this investment and saw these threats coming alongwith huge opportunity. That is how we made the decision to come up with Digibank.

The reason we came to India is multi-dimensional .Firstly, the infrastructure stack in India is very compelling. At that point of time banking in India was quite frustrating with lot of bureaucracy and form-filling. Yet with this new stack we thought we could differentiate ourselves by embracing that and offering very seamless banking. Secondly, two years ago we just started seeing the pick-up of smartphones in India. It was a sudden tipping point. The network coverage was still a bit patchy. The challenge was how to create a mobile bank when network was unstable. It was a key engineering challenge we needed to address. If we were in a place like Singapore where 4G was in 99% of the area, we would not care how big the footprint of the application was,  how many calls it makes to do a transaction etc. We knew that could not be relied upon here, so we chose the footprint of the application and reduced the need for flows between the phone and host. It does not work in zero coverage. The constraining factor for us right now is the banking licenses. There are only certain cities where we have the license.

Journey from boulder to pebble

In 2009, our CEO set the vision to be the best bank in Asia. When we set ourselves new vision, we wanted something quite ambitious. We ended up centering on, ‘Making banking joyful”. Because of our investment in human centred design we came up with this concept. Banking is clearly not joyful and the reason nobody thinks like that is because nobody wakes up and says that it is a great day to do some banking. Banking is usually part of someone’s day to get some things done. Thus, for example if going on a holiday buying air ticket is only a small portion of it.

We have trained a lot of people in human centred design and one of the aspects it focuses on is the job to be done and what the customer is really trying to do. Digital banking is to make the banking part almost invisible, in the same way. Can we create an eco-system where we form partnerships with other companies and offer banking services that customer doesn’t even know? To do that we need to make a few decisions in terms of investment in technology, breaking down monolithic systems into micro-services. We have also a tagline that we want to become the D in ‘Gandalf’ (Google Amazon Netflix  Apple Linkedin. Facebook).  We have an aspiration to operate like these other companies and not just in term of technology. All of them have gone from boulder to pebble story. They also have aspects of culture that we want to reinforce. For example, Netflix doesn’t have vacation policy but allows employees to take as many leaves as they want. They allow the staff to be more creative and give them lot of freedom, but on the other hand they need to perform. We are introducing elements like this slowly. In order to behave like a technology company we need to think differently around what kind of people we hire. In Digibank team we have hired people with no banking experience like designers, entrepreneurs, innovators married with traditional bankers and eventually these guys are working seamlessly together. The non-bankers are the ones that push boundaries.

One of the major concerns for BFSI is always security. We take security extraordinarily seriously. Everytime there is a breach news we analyze and make sure that we are secure from such an attack. As far as Digibank is concerned, we have put lot of engineering into applications and  processes to make the security very responsive and visible. This is an area where simplicity is very challenging. To get security one typically trades off visibility. We have managed to achieve high level of security and to make most of it visible to our customer. In big markets  like India when you enter there are attackers looking out to attack from first day. We are very aware and have high monitoring to identify such attacks.

(As told to Abhishek Raval and Jasmine Desai)

The CIO priority: The state of digital transformation