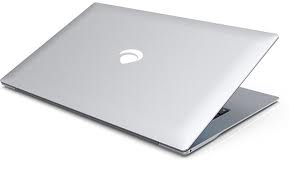 Launching the scheme at Sundernagar in Mandi district, the Chief Minister distributed 86 laptops to the meritorious students and added that around 10,000 more laptops will be given at an estimated cost of Rs 18.32 lakhs.

Singh said that the Congress-led state government was making efforts to provide quality education to the children
and had launched the ‘Mukhya Mantri Gyandeep Yojna’ to provide loan upto Rs 10-lakh at subsidised interest rate to all Himachali students.

Besides, free uniforms are also being provided to state-run schools upto secondary classes under the ‘Mukhya
Mantri Vardi Yojna’, he said, adding that in order to provide state-of-art infrastructural and teaching facilities,
Rs 30 crore had been provided under ‘Mukhya Mantri Adarsh Vidyalaya Yojna’ to each constituency.

The Chief Minister said that more than 1,000 schools had been opened or upgraded in the state during last three years besides 24 Industrial Training Institutes (ITI) and two engineering colleges.

As many as 29 colleges have been opened in the state, mostly in remote and rural areas, taking the total number of colleges to 94, Singh said.

He also launched the eDHE portal of education department where on-line electronic diary, scanning of inward letters, dispatch and efile noting and drafting can be done.

We are at the cusp of a breakout opportunity in modern retailing in India: Vinod Bidarkoppa, Group CIO, Future Group