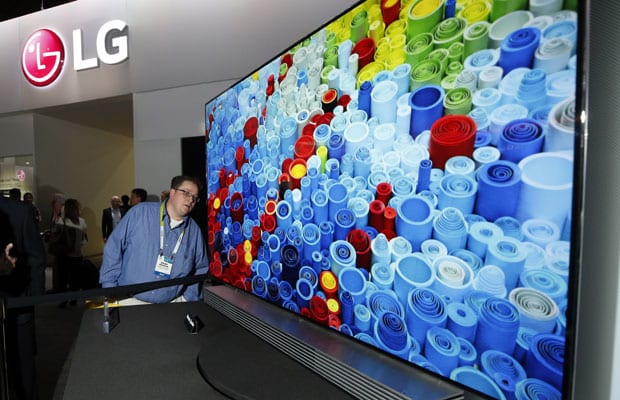 South Korea’s LG Display said Monday that it will change its investment priority to advanced displays called OLEDs as Chinese manufacturers quickly catch up with their South Korean rivals in the LCD market.

LG Display Co., a supplier to Apple Inc., said that over the next three years it plans to spend 10 trillion won ($8.4 billion) on future displays including OLED, flexible displays and high-end LCD screens. It did not give breakdown figures, saying the size for each type of display will hinge on market situations.

LG Display and LG Electronics are the lone manufacturers of OLED TVs, which are still more expensive and more difficult to produce than LCD TVs. LG Display’s OLED business has been losing money.

OLEDs, or organic light-emitting diodes, require no backlight and can be made into a flexible display. Rival Samsung Electronics uses OLEDs only for small-size devices such as smartphones, saying that big-size OLED TVs face challenges in prices and productions.

But LG vowed to continue its high-stake bet. The company said that in order to stay ahead of Chinese companies, it must continue its early OLED push.
LG Display’s CEO said that while the Chinese firms will eventually catch up to South Korean makers in the LCD market, there is still an opportunity in the future displays.

”But there is still a gap in OLED,” CEO Han Sangbeom said at a news conference.

On the back of massive investments, South Korean electronics companies surpassed Japanese companies to become the world’s largest supplier of flat display panels in the early 2000s. Those displays are used to produce televisions, computer screens and mobile devices.

But helped by government support, Chinese companies are quickly narrowing the gap with South Korean firms, threatening the Korean companies’ leading position.
Chinese display makers are expected to account for 27 percent of global LCD production in 2020, up from 16 percent this year, according to LG Display.

LG believes its giant investment will pay off as the OLED market poses a greater growth opportunity than the LCD market, where growth has stagnated. DisplaySearch, a market research firm, forecasts OLED shipments to jump about threefold to $28.3 billion in 2022 from $8.7 billion in 2014.

Han, the LG Display CEO, said the company’s OLED business will turn profitable in the next two years.

Microsoft’s NewsCast app will read out news to users