With RTA m-Wallet in place, people of Telangana no more need to worry about carrying driving licence and registration certificate

Mansoor Ahmed, who lives in Gachibowli in Hyderabad could not hide his smile, when a traffic police officer stop him at Begumpet, while he was on the way to his office, and asked for driving licence (DL) and registration certificate (RC). He simply took out his smartphone and showed the documents saved in a mobile app. Ahmed, who has been fined twice last month for not carrying the complete documents, says, “He ensures that he carries all the documents but at times you do miss the papers, therefore having everything in the mobile application that can be accessed online and offline is a great relief for people at large.”

In order to reduce the burden of physically producing of vehicle documents like driving license, registration certificate to enforcement authorities, the Transport Department of Government of Telangana has recently launched a mobile app called ‘RTA m-Wallet’ and officially declared it as valid during any enforcement done by police. The app allows a user to download digital copies of documents like driving licence and registration certificate which could be shown to the police and RTA authorities when demanded. “The idea is not to provide one more mobile app to the people. Basically goal is to move towards digitalisation and provide a paper-free ride experience to the citizens,” Sandeep Kumar Sultania, Transport Commissioner, Government of Telangana told Express Computer.

But the question remain, is it really a paper free ride for people? Perhaps not, as other than DL and RC, other two key documents – insurance policy documents and pollution-under-control certificates – are yet to be fully integrated with the m-Wallet application. Senior officials at the department of transport say that for the integration of these two documents, work is already in progress, and very soon, it will be part of m-Wallet. “There is slightly delay in the government getting information from the insurance service providers. The latest insurance related data will be updated soon on the app,” states an official.

To use the application, one needs to download it from Android or from iOS platforms. Once a person register with an email address and phone number, all the records in the database corresponding to the registered phone number automatically get fetched into the account and more could be added by simply pressing ‘ADD NEW’ button. In fact, a user can add multiple vehicles owned by him and fetch transport related documents in a single app. Document once downloaded will be saved permanently and could be used when phone is offline. Interestingly, just to ensure that people do not face any problem, when they share the vehicle with their friends and family members, the government has integrated a ‘RC share’ feature that allow the user to share the RC with family and friends which can be used in their respective apps.

So far over one lakh times RTA m-Wallet app has been downloaded on the Android platform. Currently it ranks 71 in top apps on Google Play Store for India and it is the only government app in top 100. Since the launch on March 30, 2016, more than 283814 vehicles have been registered, over 180651 driving licences and 242831 registration certificates have been downloaded. To ensure instant availability of the data and smooth flow of the app, the transport department has created their own mini data centre to host all the relevant data for this project. 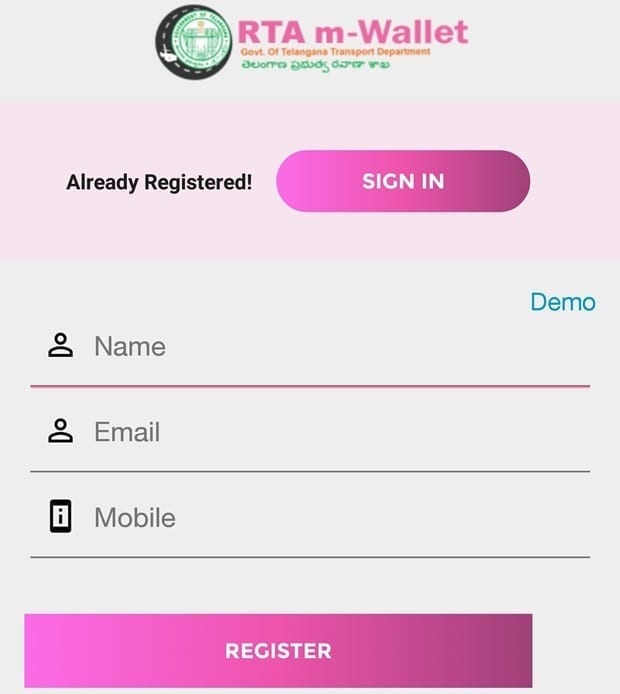 A close analysis of the application on the Google Play Store gives an encouraging outlook and also points out some common anomalies. While many people appreciated the government effort, several other have apprehensions. But interestingly, the transport department replied to most of the queries on the app store itself.

Sai Kiran Reddy wrote in review, “My DL doesn’t show my picture. My DL info is being pulled correctly but the digital certificate downloaded doesn’t have a picture of mine. I have two DL’s one for two-wheeler and other for car. None of them have a picture on the certificate.” The department instantly replied, “For the licenses issued some years back, digital copy of photos are not available. We are working on fixing this issue. Till then, you can show your DL copy from the app and the enforcement authorities will definitely accept it.”