Revealed: The mecca of citizens data in India 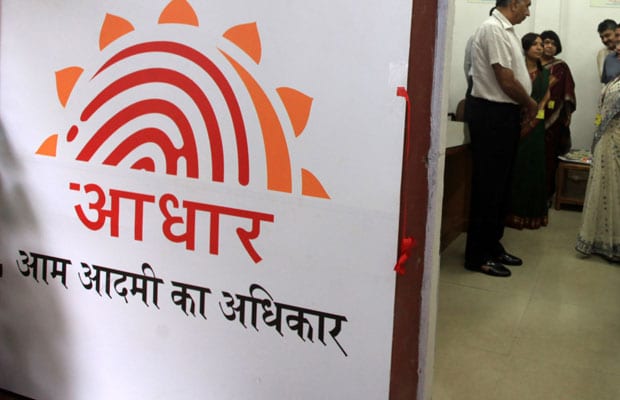 Far away from the court and the debate over data safety, the five-acre Manesar complex stands between industrial units and piles of construction debris

It’s grey, beige and spotless — there’s no graffiti. The only writing on this wall is its crown of barbed wire broken by mounted surveillance cameras — 200 in all. Standing up against this wall, at 10.30 am on Monday, Central Industrial Security Force officer Subhash Chand Tyagi says: “Mai che feet ka hoon, ye diwaar gyarah-barah feet ki toh hogi hee (I am six feet tall, so this wall will be around 11-12 feet high).”

This “13-foot-high and 5-foot-wide wall” encircling the Unique Identification Authority of India’s Central Identities Data Repository complex in Haryana’s Manesar, is the “fortified” barrier safeguarding data of the world’s largest biometric ID system against any physical attacks, Attorney General K K Venugopal told a five-judge Constitution Bench of the Supreme Court last week. The court is hearing a batch of petitions challenging the Constitutional validity of the Aadhaar Act.

A day later, UIDAI CEO Ajay Bhushan Pandey told the bench that it will take the fastest computer currently available “more than the life of the universe” to break Aadhaar’s 2048-bit encryption.

Far away from the court and the debate over data safety, the five-acre Manesar complex stands between industrial units and piles of construction debris. The complex, along with a “secondary” centre in Bengaluru, houses Aadhaar details of 1.19 billion Indians. “I don’t know what was said in the court about the wall but our security is foolproof. There is a three-tier check before one even makes it to the entrance of the building,” says Tyagi, who has been deployed at this centre for over a year. Tyagi is in charge of the 159-member CISF contingent patrolling the complex.

With glazed windows and a contemporary design, the two grey buildings of the data centre, housed in the Industrial Model Township in Manesar, resemble plush offices of neighbouring Gurugram. There are no signboards that identify the building except for a small one in a corner that reads, “Mera Aadhaar, Meri Pehchaan, Unique Identification Authority of India, Technology Centre — Office Complex”. It also has the Aadhaar logo on it.

After declining The Indian Express request to enter the complex, ASI Tyagi says: “About 250 employees work here, most of them from HCL and Wipro. There is 24-hour security and we work in three shifts: 6 am, 1 pm and 9 pm, with 40-50 staff in each. There is also a general 9 am to 5 pm shift. Apart from the CISF, there are two private security agencies that provide 22 guards who patrol inside the building.”

The officer also points out that the building is “earthquake-proof” and “environment-friendly”. There are solar lights across the complex and the roof has several solar panels as well. Apart from the staff, about 40 labourers — cleaners, gardeners etc — enter the building every day. “They get gate passes daily and are frisked while entering and leaving,” says Tyagi, adding, “There have been no attempts to break into the building since I have been here… The wall is quite high, I am not sure about the five-feet thickness.”

Next to the complex’s main gate, manned by several CISF men, Kashi Nath is ploughing the garden. “Sarkaari office hai (It’s a government office),” says Nath when quizzed about the centre. On being told that this is the Aadhaar data centre, the 50-year-old daily wager who hails from Kolkata, promptly retrieves his Aadhaar card from his pocket. “I have my Aadhaar,” he smiles. He has been working here for the past three days looking after the lawns and will get his payment of Rs 11,500 at the end of April.

Across the street from the centre, security guard Arun, 21, who works with the private security agency, Diamond, has come to get aloo sabzi (potato curry) from the lone food cart. A class 10 pass from Mewat, he works the 7 am to 3 pm shift at the Aadhaar centre, and was a driver earlier. “We don’t have much work…We patrol the Zero Floor and Second Floor. We are not allowed inside the other areas. CISF looks after most of it,” says Arun, who began work in November last year and earns Rs 13,500 per month.

Wrapping his sabzi in a plastic bag he says, “I didn’t know this was the Aadhaar centre when I joined… The wall may be 13-feet,” he says after a pause, adding, “I am not sure. But there are too many cameras here and nothing goes unnoticed.”

Satpal Singh, 42, who works with a courier agency in the neighbourhood, agrees with Arun about Aadhaar security. He has stopped at the mobile stall next to the food cart for purchasing tempered glass for his phone. “Aadhaar leak toh nahi ho sakta. Media mein galat aa raha hai (Aadhaar data can’t be leaked, the news is wrong),” he says.

Inform him that the building across the street is the Aadhaar data repository and he is startled. “I have gone inside to deliver packets a few times, no one told me that. I thought it is a company like the others in the sector. Now I know why there were so many checks,” he says.

Sugan Ram Dahia, 35, and S P Pandey, 30, who have also stopped at the mobile stall, however say that they have their reservations about the “effectiveness of the wall”. “Acche acche deewar toot jaate hain (Much stronger walls break), how is this different? They should make it higher so that the building is not visible at all,” says Dahia.

Behind the centre, where the construction work for the road and a sewage line is underway, 22-year-olds Ram Kumar and Mahender are hard at work. Unlike the other labourers, they know that the building abutting the construction has “Aadhaar card documents”. “Yahan card bante nahi hai, sirf documents hain (Aadhaar cards aren’t made here, it only has documents). One of the guards told me,” says Kumar.

A little after noon, a group of employees, fluorescent tags around their necks, step out of the building for a tea break. They are guarded in their response, all questions run into a wall. How secure is the Aadhaar data? “It’s confidential,” says one. The Attorney General says the complex wall can guard against physical attacks. Do you agree? “It’s confidential,” says another.

Data hosted on health information exchange, DISHA will be owned by the citizens