Home  »  eGov Watch  »  Robots to clean up manholes: How Kerala plans to put technology to use to clear sewers

Robots to clean up manholes: How Kerala plans to put technology to use to clear sewers 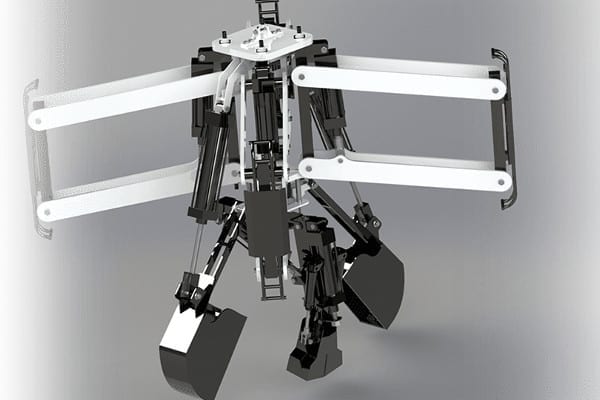 In a first in Kerala, the state government will soon be utilizing the services of robots to clean sewer holes. The trial runs of the robot, developed by a startup company, Genrobotics, have been successfully held recently and the product will be launched next week, Kerala Water Authority (KWA) Managing Director, A Shainamol said, “The Kerala government is very excited with the project,” Shainamol. The robot, equipped with Wi-Fi, BlueTooth and control panels has four limbs and a bucket system attached to a spider web looking extension to scoop out the waste from sewers. The project is supported by KWA, which has joined hands with Kerala Startup Mission to transform new ideas into practical technologies for addressing issues relating to pipe leakage and sanitation. “Our intention is to promote local talent. Now the product, being fully funded by the government, is ready and it will be launched next week,” she said.

Initially, the services of the robot, christened ‘Bandicoot’ will be utilised in Thiruvananthapuram, which has over 5,000 manholes. The trial run of the robot, developed by the nine-member group of youngsters from varying engineering streams, had been conducted successfully in the state capital recently, CEO and Chief Product architect of Genrobotics, Vimal Govind said. According to Govind during the trials, about 30 kg of garbage was pulled out by the robot.

Within an hour, the robot could clean four manholes on the first day itself with ease and it did not face any problem to manoeuvre its way to different types of manholes. “This will be a life changing opportunity for the cleaning men; their life will become better. Though happy with the product, they are apprehensive if they will lose their source of livelihood,” he said. However, there was no cause for any worry said Chief Operating Officer Rashid K as their plan was to train existing workers to operate the robot, which was as easy to handle as a remote controlled toy car.

All the commands in the user interface is now in English, but this can be converted to any local language for easy understanding of the scavengers, he said. The team took seven-eight months to design the semi automatic robot. An MoU has already been signed between the Kerala Water Innovation Zone under the KWA and Kerala Startup Mission (KSUM) for transfer of technology.

Enquiries relating to the robot have come in from neighbouring states of Tamil Nadu, Karnataka and Maharashtra besides from countries like Canada and the UK. The team has also been invited to attend the National Consultative Workshop on Solid Liquid Resource Management (SLRM) on February 22 – 23 at Delhi, which is a initiative of Swachh Bharat to introduce the robot. Founded in 2015, GenRobotics was initially focusing on powered exoskeletons which are robotic suits that can help humans to reduce physical effort needed in heavy jobs. The robot is powered by pneumatics (using gas or pressurised air).

The state government is planning to undertake a pilot study at Ernakulam or Kozhikode to ascertain. Based on the outcome of the pilot study, a state-wide survey would be held, the sources said.

Understanding the relevance of cyber security in the BFSI sector: Bharat Panchal, NPCI