Scientists Say Coronavirus Not Engineered But A Product Of Natural Evolution

The novel SARS-CoV-2 coronavirus that emerged in the city of Wuhan, China last year and has since caused a large scale COVID-19 epidemic is the product of natural evolution. 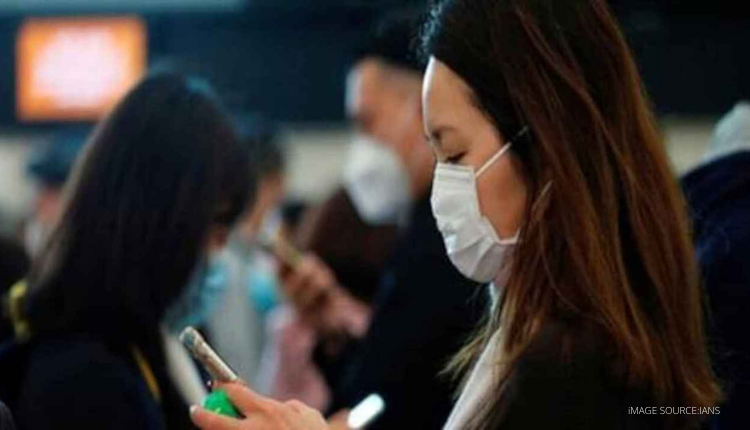 New York: Ending speculations about deliberate genetic engineering of new coronavirus, scientists from the Scripps Research Institute, a non-profit research organization, have claimed that the COVID-19 pandemic is not from a lab-created virus but has a natural origin.

The novel SARS-CoV-2 coronavirus that emerged in the city of Wuhan, China last year and has since caused a large scale COVID-19 epidemic is the product of natural evolution.

The analysis of public genome sequence data from SARS-CoV-2 and related viruses found no evidence that the virus was made in a laboratory or otherwise engineered, according to findings published today in the journal Nature Medicine.

“By comparing the available genome sequence data for known coronavirus strains, we can firmly determine that SARS-CoV-2 originated through natural processes,” said Kristian Andersen, an associate professor of immunology and microbiology at Scripps Research and corresponding author on the paper.

On December 31 last year, Chinese authorities alerted the World Health Organization of an outbreak of a novel strain of coronavirus causing severe illness, which was subsequently named SARS-CoV-2.

The coronavirus has now spread to more than 150 countries, infecting more than 184,000 and killing over 7,500 people.

Shortly after the epidemic began, Chinese scientists sequenced the genome of SARS-CoV-2 and made the data available to researchers worldwide.

The resulting genomic sequence data has shown that Chinese authorities rapidly detected the epidemic and that the number of COVID-19 cases has been increasing because of human to the human transmission after a single introduction into the human population.

Andersen and collaborators at several other research institutions used this sequencing data to explore the origins and evolution of SARS-CoV-2 by focusing in on several tell-tale features of the virus.

The scientists analyzed the genetic template for spike proteins, armatures on the outside of the virus that it uses to grab and penetrate the outer walls of human and animal cells.

This evidence for natural evolution was supported by data on SARS-CoV-2’s backbone – its overall molecular structure.

If someone were seeking to engineer a new coronavirus as a pathogen, they would have constructed it from the backbone of a virus known to cause illness.

But the scientists found that the SARS-CoV-2 backbone differed substantially from those of already known coronaviruses and mostly resembled related viruses found in bats and pangolins.

Josie Golding, PhD, epidemics lead at UK-based Wellcome Trust, said the findings by Andersen and his colleagues are “crucially important to bring an evidence-based view to the rumors that have been circulating about the origins of the virus (SARS-CoV-2) causing COVID-19.”

“They conclude that the virus is the product of natural evolution,” Goulding said.

Based on their genomic sequencing analysis, Andersen and his collaborators concluded that the most likely origins for SARS-CoV-2 followed one of two possible scenarios.

In one scenario, the virus evolved to its current pathogenic state through natural selection in a non-human host and then jumped to humans.

This is how previous coronavirus outbreaks have emerged, with humans contracting the virus after direct exposure to civets (SARS) and camels (MERS).

The researchers proposed bats as the most likely reservoir for SARS-CoV-2 as it is very similar to a bat coronavirus.

“There are no documented cases of direct bat-human transmission, however, suggesting that an intermediate host was likely involved between bats and humans,” the authors noted.

In this case, the current pandemic would probably have emerged rapidly as soon as humans were infected, as the virus would have already evolved the features that make it pathogenic and able to spread between people.

In the other proposed scenario, a non-pathogenic version of the virus jumped from an animal host into humans and then evolved to its current pathogenic state within the human population.

If the SARS-CoV-2 entered humans in its current pathogenic form from an animal source, it raises the probability of future outbreaks, as the illness-causing strain of the virus could still be circulating in the animal population and might once again jump into humans.