Home  »  News  »  Shifting paradigms of skills in IT outsourcing

Shifting paradigms of skills in IT outsourcing 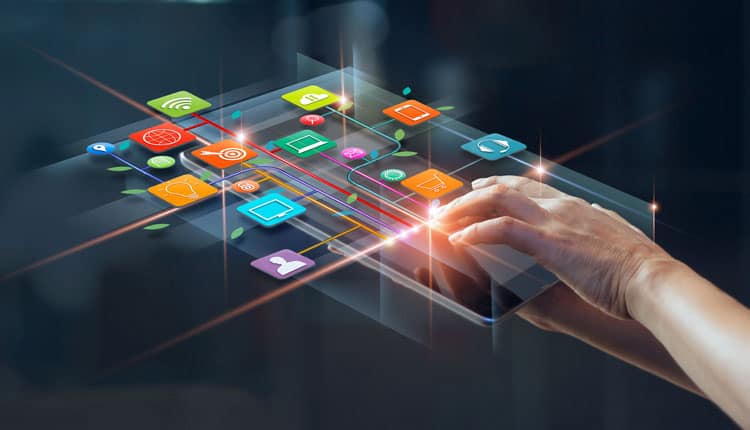 The world is going through an unprecedented situation, and it has brought about a major shift in the way we do business. Organizations across the world are accelerating their plans to modernize their IT environments to be able to compete in the new normal. Consequently, the demand for advanced technology skills has accelerated exponentially. According to a recent report by Udemy, 92% of employees in India believe there is a skills gap in the country, and around two-thirds (76%) of them feel they have been personally impacted it.

Companies have now categorized upskilling and reskilling as the mantras to survive in this era of accelerated digitization. As per LinkedIn Learning Data, there has been an increase of 245% in the number of hours spent on virtual learning in India – from July 2019 to June 2020, compared to a year earlier. Just like hiring skilled talent, operations, and scaling technology, minimizing the skills gap has become a top priority.

Companies have started waging a talent war – aggressively recruiting candidates with the same or similar set of skills. For some jobs, recruitment might be less expensive and a quicker solution. For others, it would be more effective to train existing employees to perform at an advanced level or in an entirely new role. But it’s not an either-or proposition. It is imperative to marry effective recruitment with a training strategy in order to grow holistically. Not to forget, investing in the workforce improves productivity and innovation.

Organizations must remain committed to upskilling and reskilling, as it will be the key to ensuring that employees are considered not just for current needs but are also trained and invested in skill building for future needs. This is crucial for any organization’s business continuity, where talent is considered an asset. If you look at the IT industry today, the skill sets required to match the company’s and customer expectations are undergoing a massive change – the focus has now shifted to modern, advanced technologies.

According to NASSCOM, the demand for such skills in India is eight times that of what is available and will rise to 20 times by 2024. In the context of infrastructure, which is increasingly becoming software-defined (leading to the rise in demand for such skills), it’s no longer only about the traditional hardware skills and admin knowledge but skills around cloud infrastructure (cloud platforms), operating system, interfaces, enterprise management, automation, analytics, DevOps amongst others that have become the need of the hour.

With this comes an increased demand for convergence of skills – the mix of the existing and upcoming skillsets. The convergence will gradually see every person expected to work across infrastructure as well as being a developer (build automation code for manual tasks and activities). For example, a shift in infrastructure to a converged/hyper-converged infrastructure (on-premise or cloud) has led to an increase in demand for more and more engineers who can operate and understand interfaces between various components and functions of technology, such as servers, storage, and networks (full-stack engineer).

As a result, they must focus on reliability through proactive actions versus reactive fixes only in order to avoid systems from failing. This is where the skill rotation takes place. In a project, DXC Technology helped one of the global leading automobile manufacturers achieve a dedicated and scalable ‘Reliability Engineering’ function for the cloud with end-to-end accountability for design, performance, and security. This was accomplished by introducing cloud-based solutions for driving stability in operations, direct platform support for development teams, and continuous improvements on the converged platform.

Going forward, organizations will be required to reduce physical contact between teams and work across the enterprise technology stack from anywhere to be able to thrive in the new normal. Developer skills will not be limited to application development but will also become an important aspect for the infrastructure domain to automate the processes, tasks, and activities. Infrastructure professionals who work on incident management will also be expected to perform problem management without a separate dedicated team. For example, if someone resolved an incident and has a known solution, the task would be to develop automation so the system can self-heal, even if human intervention is needed to review and apply resolution steps. So, an incident lifecycle does not end at resolution. Instead, the automation of the solution that resolved the incident will define closure. For example, DXC Technology worked with a leading manufacturer to implement end-to-end monitoring using industry-standard DevSecOps tools chain and cloud-native services. The metrics collected from both infrastructure and platform as a service (PaaS) were integrated with DXC’s Corporate Incident Response (CIR) application. This enabled the organization to identify, address, and manage incidents quickly and proactively. This was supported by a 24×7 site reliability engineering squad. The team is also working to enhance this model to detect and self-heal the incidents towards AI-Ops and No-Ops.

While emerging technologies have the potential to bring in a paradigm shift across sectors, upgraded technology skills will play a decisive role in defining the future of the IT industry. In pursuit of growth ambitions, organizations and individuals will increasingly focus on sharpening their modern technological capabilities in order to deliver differentiated customer experiences and stay relevant for the next normal and beyond.