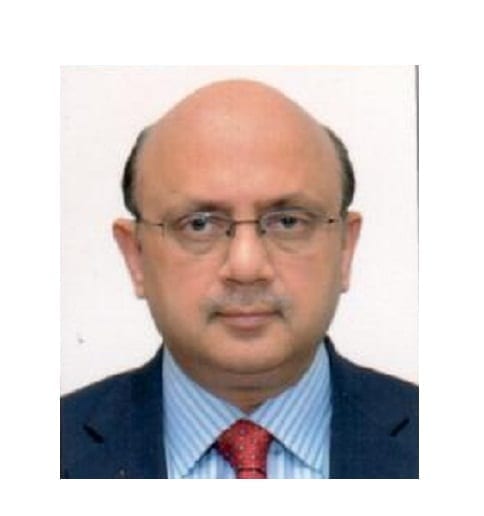 “With government’s focus on Startups and Digital India programme, we are committed to support the Startups and MSME companies in acquiring a unique digital identity with a .IN domain name”, says Rajiv Bansal, Joint Secretary & CEO, National Internet Exchange of India – DeitY. In an exclusive interview with Ankush Kumar, Bansal informs that NIXI is in the process of collaborating with Ministry of Corporate Affairs, Incubation Centers etc to offer attractive web hosting packages to Startups and MSME companies who need to have an online presence.

Some edited excerpts from the interview:

What are the areas of work that National Internet Exchange of India (NIXI) is currently managing in India?

NIXI is the neutral meeting point of ISPs (internet service providers) in India. Its main purpose is to facilitate exchange of domestic Internet traffic among the peering ISP members. IN Registry under NIXI, facilitates the registration of .IN domain names and internationalized domain names (IDN) in Indian languages through its accredited registrars spread all over the world. Indian Registry for Internet Names and Numbers (IRINN) under NIXI is responsible for the allocation of critical internet resources viz. IP addresses and AS numbers within the country.

With ever growing internet users in India and government’s focus on Startups, how do you see NIXI’s role evolving in the next five years?

Over the next five years, NIXI will assume the role of a facilitator to improve internet services in the country. NIXI is encouraging more ISPs to get connected to NIXI nodes so as to substantially increase the traffic exchanged at the NIXI nodes which is expected to reduce the data usage charge for the next 500 million people who would come online from India.

With Government’s focus on Startups and Digital India programme, NIXI is committed to support the Startups and MSME companies in acquiring a unique digital identity with a .IN domain name. These Indian entities which have the potential of creating intellectual property rights need to be encouraged to opt for an Indian domain name and register for .IN. This will complement the Government’s efforts towards Make in India, Digital India, Startup India and Skill India programme. NIXI is in the process of collaborating with Ministry of Corporate Affairs, Incubation Centers etc to offer attractive web hosting packages to Startups and MSME companies who need to have an online presence.

What are the steps that are being taken to improve the quality of service (reduced latency) and bandwidth charges for ISPs?

Internet Corporation for Assigned Names and Numbers (ICANN) has delegated IDN in fifteen Indian languages to NIXI. Are there plans to include more languages?

ICANN has so far delegated Dot Bharat IDN in seven scripts covering fifteen languages namely Hindi, Dogri, Konkani, Maithili, Marathi, Nepali, Bodo, Sindhi, Gujarati, Bengali, Manipuri, Tamil, Telugu, Punjabi and Urdu. For these IDNs, first-cum-first serve phase is running and a registrant can approach any of our accredited registrars to book a domain name of their choice in local language.

NIXI is working on getting IDNs delegated in seven more languages to cover all twenty two constitutionally recognized languages of India, which is vital for representing the linguistic diversity of the country on the internet.

What impact do you see on the overall internet adoption in the country with ICANN delegating IDNs in Indian languages?

The availability of IDNs in Indian languages can be seen as a crucial step in promoting a multilingual internet ecosystem in the country. IDNs would enable representation of URLs in native languages which makes them easier to remember and recollect. This can in turn give impetus to creation of more multilingual content and services online. In the long term IDNs will lead to a more inclusive internet to the vast majority of Indians residing in remote and rural localities who are not English literate.

As per a recent report of IAMAI, the number of rural internet users will increase from 60 million in June 2014 to a level of 280 million in 2018. Looking at initiatives such as Bharat Net, this is expected to increase the uptake of IDNs and local language content. NIXI is planning to initiate advertisement campaign for promoting .IN and .Bharat so that people in remote and rural areas go for a domain.

How does .IN Registry ensures operational stability, security and reliability of the .IN ccTLD?

IN Registry strives to maintain operational stability, security and reliability of the .IN country code top level domain (ccTLD) by adopting the best practices. It has adopted state of the art technology for the operation of .IN ccTLD and implements the policies of the Government of India.

IN registry is secured behind a five layer security ring with fully redundant hardware & software service provision including a completely functional and tested disaster recovery facility.

The registry is constantly monitored for threats and active measures are taken to mitigate the abuse in coordination with CERT-In. In addition to this, there are additional scans and audits performed to ensure that there are no vulnerabilities.

Also, a robust Anti-Abuse policy is in place to mitigate and prevent abusive activities like spamming, phishing, pharming, botnet etc.

What is your growth expectations for the overall .IN domain registration in the coming years?

The .IN registry has registered impressive growth during the last two years which augurs well for the Digital India Programme. The number of .IN domains registered has crossed two million marks during March 2016 and NIXI is making earnest efforts to double the .IN domain count to four million by March, next year. At this juncture, NIXI is happy to be an active participant in the country’s internet ecosystem and look forward to seeing more people making the best use of internet in the coming years.

How to choose your IoT Platform Architecture?