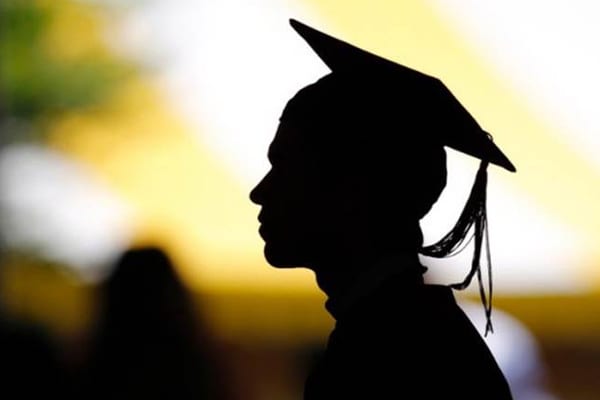 Uttar Pradesh is the most populous state in the country. There are large numbers of students who receive government scholarships. To improve efficient delivery, and stop leakage, the state is using an online platform called ‘Saksham’

Uttar Pradesh is the most populous state in the country, being home to 20.4 million people – one-sixth of the country’s population. Over the years, the state government has undertaken a number of technology driven steps to increase efficiency and good governance. The distribution of scholarships to students is one of them.

The state distributes scholarships to over 25 lakh students from class 9 to post graduate level. Traditionally, it was done in a manual way, which had its own challenges. The major drawback of the manual system was that there was miniscule monitoring and control due to the involvement of various departments, distributing agencies and cumbersome mechanisms of the scholarship. There was non-availability of data that made planning difficult and resulted in huge losses to the government. Misappropriation and frauds were also increasing year-on-year.

To overcome these challenges, the state government made strategy, prepared and released a book of rules for scholarship and fee reimbursement. For the implementation of the procedures, National Informatics Centre (NIC), Lucknow was given the task to design and develop a technology driven platform; NIC came out with Saksham.

Since then, the platform has increased transparency in distribution of scholarships, provided speedy transfer of scholarships to students, prevented frauds, minimised misappropriation of funds, built a comprehensive Management Information System (MIS) for the government and devised a tool for proper monitoring, control and planning for the state government.

With this platform, key government departments like social welfare, backward class welfare and minority welfare have been put together on a single portal. Students update their details online and the concerned institutions verify the student’s identity certificates and course. Thereafter, they put their digital signatures and electronically forward the applications of valid students to the concerned social welfare department of the district. The online platform performs computerised scrutiny for all valid applications forwarded by institutions for filtering out duplicate records.

Web services integrate data of respective services and issuing authorities to verify high school roll number, income, caste, domicile certificate details of students. Every bank account number gets checked against the account details with Public Finance Management System (PFMS) response. In case of any mismatch or duplicate information, PFMS marks it as suspect and sends response back to the district social welfare department. After filtering out the duplicate information, and validation of suspect records, the district social welfare officer digitally signs all valid applications.

This is being done in close co-ordination with the university. All the universities upload their annual results of last academic session on the portal and a web service integrates percentage of marks obtained by a student during the last academic year with his/her electronic application, so that fund allotment can be done on the basis of common state cut-off marks within the category; and the most talented students of a particular category can reap the benefit of the scheme.

According to government officials, the prime motive of the project is to provide timely scholarship and fee reimbursement directly into the eligible student’s bank account, without physically keeping institute and concerned departments in between.

Every year, university result with application data is added, so that the marks obtained in the field of e-application can be verified with the university result. Aadhaar number has been made mandatory for e-application of scholarship; at the time of scrutiny it will be verified with UIDAI database. To stop the misuse and fraud, a process has been developed for identifying the students who left their course incomplete during previous year and are now applying afresh.

One DDO at the state level was designated against each department for disbursement of scholarship and fee reimbursement instead of multiple DDOs at every district; alongside, duly, digitally authenticated common database of all institutions for the state prepared with courses, fee structure, and number of seats among others.

The Saksham web portal is hosted at SDC after security audit. The same can be used by other states after some customisation, since component based approach has been used for developing the portal. This system provides a common platform to all concerned departments (social welfare, backward class welfare, minority welfare, education, treasuries and institutions) and facilitates data sharing amongst the stakeholders. The MIS and different online reports generated by the application, help all the concerned state government departments to analyse and assess the overall implementation and impact of various scholarships being provided to students. It helps the decision makers to understand the problem areas and modify schemes and policies to have a better coverage and remove deficiencies, using the technical and administrative experiences or feedbacks.

The piecemeal computerisation effort adopted in the past has been replaced with a comprehensive, online, end-to-end service delivery oriented solution, resulting in speed and certainty of delivery of services. Data migration was done in a time bound manner, so that system may be launched as per the plan. Besides simplifications and improvements in the ways of working has been made. This approach has brought a fine balance between facilitation and compliance, resulting in a blend of well-defined goals and performance metrics.

The portal was designed to utilise the inherent strengths of the internet and its excellent outreach and feedback capabilities for ushering transparency in the system. PFMS-integrated and ‘no-frill accounts’ of students with zero balance facility have been opened by the banks as a major step towards financial inclusion. To address the queries of students and institutions, the government has established a call centre, which has been able to address students’ concerns in a time-bound manner.

Going forward, the state is looking to strengthen the system and come up more features to ensure timely and accurate delivery of scholarship and reimbursement to students.