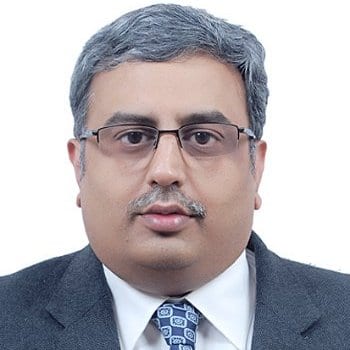 Usha International, a company of the Shriram Group Of Enterprises is one of India’s largest consumer durables and sewing machines manufacturers in India. Thus the company will be majorly affected by the recently passed GST constitution bill.

EC spoke exclusively to Vinod Sivarama Krishnan Head – e-Commerce and Chief Information Officer at Usha International on the preparedness for GST and how is he anchoring the setting up of the technology backbone. For Usha International, GST is a very critical project. Not only because of the nature and scope of the changes, the tax reform will bring but also because of the industry the company is into. “The fact that we source and manufacture and we already have operations that will be impacted by it. We have always seen GST as a larger business initiative of which we (as an IT function) are a critical part,” says Vinod Sivarama Krishnan.

The legislation is fairly visible right now. In that sense, in the last six months, the company has been trying to get the pre-requisites in place to go for a quick implementation. “We have been working with our partners like E&Y, KPMG to understand the law and the impact. Also, discussions with internal stakeholders are on to understand the impact on our own distribution and network,”

The company has been in touch with SAP to fulfill their prerequisites to handle GST as and when it comes into effect. But more than anything else, Vinod Sivarama Krishnan’s team is co-ordinating with all the relevant departments. Not just taxation, but supply chain, finance and the ability to take the GST credit on service spends. “It will prove to be game changing for us. We are asking them about what impact will GST have on a number of items and what their choices might be,” In this process, there are many items in the SAP that we might not have touched for a long time now. The IT team is asking the aforementioned departments about the actions they would take and accordingly the system can be mapped in the respective areas.

The only thing that is pending in the implementation is the ‘SAP localisation’ that will take care of the GST accounting.