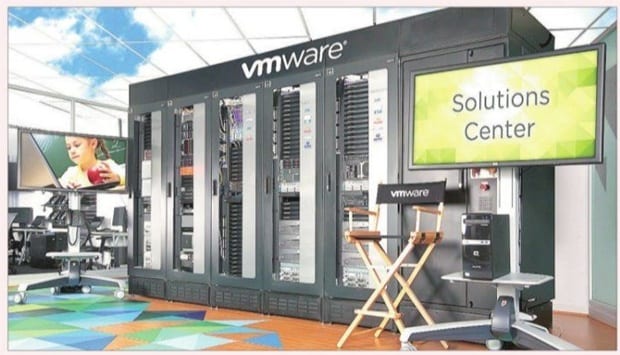 VMware announced new releases of the VMware NSX network virtualization platform to meet the diverse and evolving needs of both IT and developers. With the release of VMware NSX for vSphere 6.3 and VMware NSX-T 1.1, VMware is advancing support for automation, security and application continuity and offering development organizations an agile software-defined infrastructure to build-out cloud-native application environments.

“VMware NSX is the industry’s most widely deployed, production-proven network virtualization platform,” said Milin Desai, vice president of Products, Networking and Security Business Unit, VMware. “With this update, we continue to focus on delivering value in support of key NSX use cases while further simplifying ongoing operations at scale. We are also continuing to invest in NSX as a network virtualization platform that addresses heterogeneous environments, enabling our customers the flexibility to choose new application frameworks or move to public cloud with confidence.”

Advancing Security, Automation, Application Continuity for VMware SDDC Environments
Customers adopt VMware NSX for vSphere to gain the agility and efficiency of the software-defined data center, applying the benefits of compute virtualization to the entire data center. With the release of VMware NSX for vSphere 6.3, NSX now supports VMware vSphere 6.5, and new enhancements are designed to deliver new levels of operational simplicity, security and scale, while reducing future platform upgrade times by up to 5X.

VMware NSX for vSphere 6.3 and VMware NSX-T 1.1 are generally available. Also starting today, customers who have previously purchased VMware NSX or make new purchases have the option of downloading and installing either version, and can switch between the two if needed without having to re-purchase NSX as long as the customer has available licenses. List pricing starts at $1,995 per processor for VMware NSX Standard Edition. Flexible licensing options are available for Virtual Desktop Infrastructure deployments (concurrent user licensing), Remote Office/Branch Office deployments (per VM licensing), and vCloud Air Network Partners (subscription licensing).