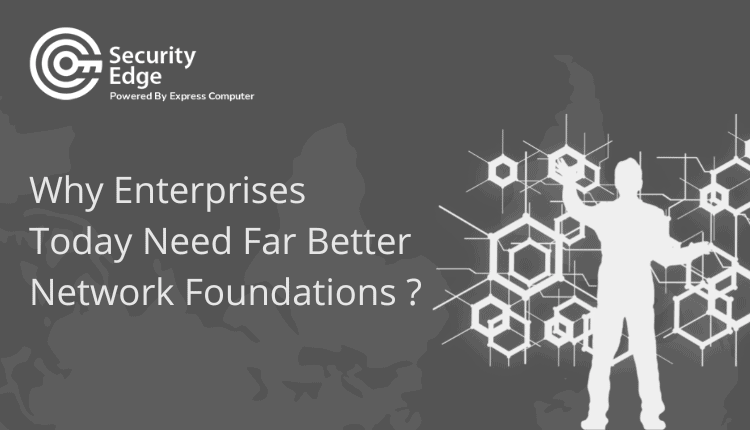 Today’s enterprise network needs–especially cybersecurity, scalability and asset visibility–are soaring and CIOs and CISOs are struggling to keep up. Cloud partners are playing a major role, in terms of delivering new capabilities and scale almost daily. But often lost in this equation is the critical role of the network foundation.

If an enterprise’s network foundation is more than five years old and was created at a time when many of today’s cutting edge capabilities were not a factor, the simple truth is that most networks will never be able to keep up with demand. Even more of concern, those older foundations will sharply limit how effective the new capabilities obtained elsewhere can be.

Consider, for example, SD-WAN. To really enjoy the benefits of SD-WAN, an enterprise will need local DDI. What happens when the Internet connection drops, as has happened far too often recently in large cloud environments? If that enterprise doesn’t have local DDI, they’ll have location context.

In the mid-size enterprise space, roughly 80 percent of all networks have an insufficient foundation. This is largely due to an excessive use of limited freeware applications, where the company did not obtain an appropriate commercial packet system. But even in the large enterprise segment, these problems plague about one out of every two F1000 networks.

These problems typically manifest during a network connection problem. That certainly could be a full-fledged outage that continues for an extended timeframe, but it’s more likely to be a series of relatively brief outages or even mere slowdowns. It’s often overlooked as administrators have barely detected the problem before it resolves itself. This is common with a slowdown that results in uncertain latency.

But during that incident’s duration, location services will fail and context is lost.

One of the changes since 2020 is a monumental load increase. To be more precise, it’s not necessarily that the enterprise’s global load increased that much, but that the load has sharply shifted. That might be 90,000 workers logging in from different equipment coming in from 90,000 locations and uncounted number of local ISPs–whereas most used to cleanly function from corporate locations.

That load shift will also include lots more–and far more powerful–IoT and IIoT devices, including many that are shadow IT. That is not necessarily from employees not following the rules, such as facilities personnel installing new kinds of smart lights without alerting IT. I’ve seen some manufacturing operations buying the large pieces of equipment that they have for decades. Only this time, the manufacturer placed maintenance IoT devices deep within the machinery and never informed customers that they had made that change.

Another aspect of that load shift are the enterprise’s global partners, including contractors, suppliers, distributors, supply chain companies and large customers. Those partners today are accessing far more data–as well as more sensitive data–than they did back in 2019.

The shrinking of on-prem systems absolutely plays a major role in that load shift, as enterprise strike agreements with multiple cloud providers simultaneously–in addition to however many shadow IT cloud sites workgroup leaders have obtained without IT permission.

10 Reasons – Why You Need BloxOne® Threat Defense At Your Workplace