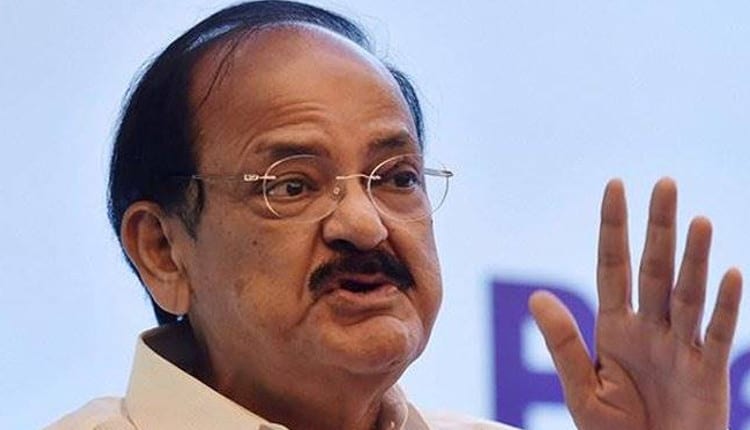 Vice President M Venkaiah Naidu has said that the era of new age cyber warfare, and the new enemy can be combated only through the power of knowledge. He was addressing the gathering on the occasion of 48th Foundation Day of Bureau of Police Research and Development (BPR&D). The Minister of State for Home Affairs Kiren Rijiju and other dignitaries were present on the occasion.

Naidu said, “This is the era of New Age Warfare, the cyber warfare, and the new enemy can be combated only through the power of knowledge. Unlike the spies of the Cold War era, when collaborators would provide access to secret documents to physically copy and photograph documents, the new age spies do not need any physical access. Working over the Internet thousands of miles away, the hackers can suck out thousands of secret documents, jeopardising national security.”

The Vice President cautioned against the cyber attacks by hackers working over the internet and asked police to be equipped to handle attacks that jeopardise national security. He further asked the BPR&D to evolve best practices, policies and procedures in policing to combat emerging new age national security threats.

“The Indian government has taken various measures to prevent cyber attacks. The National Critical Information Infrastructure Protection Centre (NCIIPC) was created and placed under the technical intelligence agency, the National Technical Research Organisation (NTRO), to roll out counter-measures in cooperation with other security agencies and private corporate entities that man critical sectors. However, any new threat has to be countered by augmenting police response capacities. The set up for combating the new enemy in cyber space, can no longer be housed within the walls of a seemingly secure single government agency. All police forces of the country have to equip themselves with the cyber forensic techniques and knowledge to counter a cyber-attack or investigate a cyber-crime. BPR&D has a huge responsibility in evolving the best practices, policies and procedures in policing,” he said.

The Vice President called for a reorientation of the existing paradigm and said that all security agencies must work in close coordination and also with the private sector manning to establish a foolproof ecosystem. He said that the government and private sector must establish joint mechanisms to protect the police a force against the future challenges, including, the threats of modern warfare. All police forces of the country have to equip themselves with the cyber forensic techniques and knowledge to counter a cyber-attack or investigate a cyber-crime, he added.

He added, “I am glad that the Central Detective Training Institute at Hyderabad under BPR&D has emerged as a Centre of Excellence for Cyber Crime and Cyber Security. I am told that the BPR&D Headquarters is also creating virtual classroom facility to train police forces across the country in various issues such as Cyber Crime, Gender Justice Issues and policing Smart Cities. I am informed that the Bureau has identified 45 citizen based services related to policing. The objective of any such activity must be to bring transparency, accountability and improve efficiency of police,” he said. I am told that at a recent police expo organised at the BPR&D Head Quarters, young SPs from all over the country got an opportunity to learn the fundamentals and techniques of Predictive Policing, Crime Analytics, Big Data Analytics, Artificial Intelligence and Geospatial Technologies, among others. As many as 70 Business Houses displayed their equipment and gadgets that will have an application of these new techniques of policing and which may act as force multipliers.”

How data on the edge is facilitating industrial IoT

Google Station to roll out Wi-Fi services in Andhra Pradesh