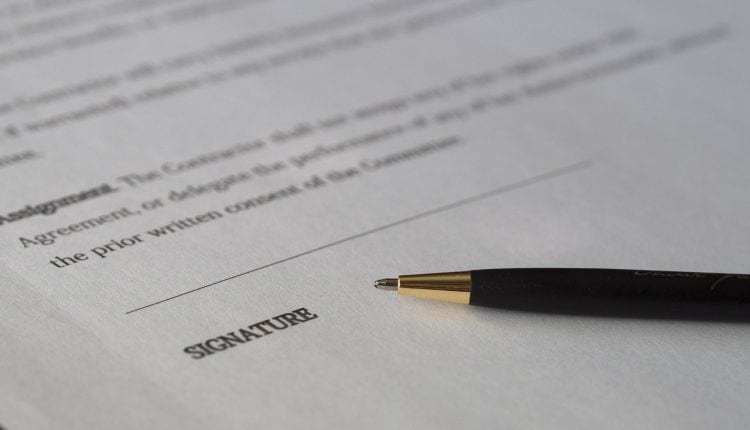 SpotDraft is a tech startup founded in 2017, to create efficiency in the otherwise time-consuming and mundane process of legal documentation, using technology. The startup focuses on handling all the aspects of end-to-end contract lifecycle management driven by artificial intelligence. The brainchild of Harvard lawyer Shashank Bijapur and former Googler Madhav Bhagat, the company has notched many milestones in a short time. These include a partnership with Wipro as a part of its Holmes environment, and pilots with large enterprises in Europe and South East Asia in multiple verticals like telecom, banking and finance and infrastructure.

Speaking about the target customer segments and the benefits to their business by implementing the solution, Bijapur says that anyone who has a business operation can use SpotDraft. “We have three primary offerings – contract creation, contract management and contract analysis. Large enterprise with a high volume of paperwork tend to use SpotDraft’s contract analysis feature to analyse compliance of agreement with existing regulations or standard organisational standards.” He highlights that the contract creation feature is popular across the spectrum; contract management is a feature that’s essential to all and using the platform by a user among other things reduce their overhead costs and time spent on functions that are generally conducted manually. “Our contract management feature helps users track and keep a bird’s eye view on all their paperwork that their organisation is a part of,” mentions Bijapur.

Bijapur reminds that world over using AI companies are pioneering advancement in the fields of image and voice processing or recognition, however, in case the of contract intelligence the requirement is to help users analyse text which can come in the form of both structured and unstructured data and that is what SpotDraft is focusing on. “For example, when talking about contracts they are largely unstructured data which requires development of features not popularly available in world over. SpotDraft is spearheading innovation in this field and is growing by leaps and bound,” he adds.

Pointing out that the use of AI for text analysis has so far been restricted to academic circles, and it is SpotDraft’s focus to bring that for wider public use, Bijapur states that most of the AI, ML work being undertaken by SpotDraft is cutting edge and something that cannot be found in other solutions that can be found today.

“SpotDraft solutions have proved their worth in the market and this is evident from the fact that enterprises have chosen to use our solutions for automate their contract review and management processes. Moving forward we want to focus on delivering the same solutions to a wider audience, especially towards smaller users who so far have spent an unreasonable amount of time and money on conducting tasks that are better automated,” mentions Bijapur.

The primary goal of the founders and the team is to target markets with English speaking population, enter South East Asia, North America, Europe, etc. Moving forward they will target areas which has local language requirement but that is not the primary focus.

“The Indian market is growing and businesses today in India are very receptive to modern technologies like AI and machine learning. We have noticed a very strong intent to adopt such technologies to automate their existing processes which were previously manual and inefficient,” mentions Bijapur. He believes that a company like SpotDraft has immense scope to grow in a country like India and more importantly use India as a base to branch outwards.