Home  »  Blockchain  »  More than 40 Blockchain initiatives are being executed by public sector firms in India: Nasscom

More than 40 Blockchain initiatives are being executed by public sector firms in India: Nasscom 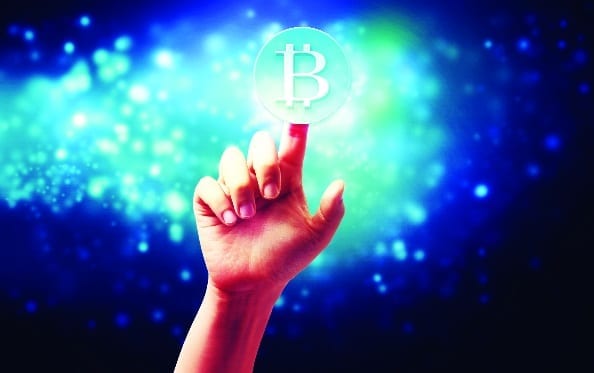 The National Association of Software and Services Companies (NASSCOM) today launched the findings of the AVASANT-NASSCOM India Blockchain Report 2019, which highlighted the developments in the global and Indian Blockchain market and ecosystem. The report has been developed extensively by incorporating inputs from over 50 industry leading experts and participants of the Blockchain ecosystem. The transformational potential that blockchain possesses has been recognized by enterprises and governments across the world and more than 50 countries have already embarked on initiatives to integrate the technology in their economies, and develop a holistic environment for the same.

According to the report, the past year has witnessed a massive surge in investments in blockchain based companies and startups and globally touched over USD 20 billion, across an array of industries, technologies and use cases. The Indian Public Sector has driven blockchain based projects with nearly half the Indian states involved to address different elements of citizen service delivery. The state governments are also ensuring a progressive approach is taken up, to impart a conducive framework for startups and niche service providers to participate in these initiatives. Further, enterprises across all key industries in India are also identifying different applications of blockchain. The BFSI sector has seen the highest adoption, but other industries, such as healthcare, retail and logistics are also accelerating rapidly.

The report traces the evolution of Blockchain technology into three generations. Blockchain 3.0, the current phase provides enhanced interoperability, scalability and security thus enabling mainstream adoption. The report states that this is opening up newer opportunities for Blockchain to be deployed at scale and create real business value. Enterprises today are no longer implementing blockchain solutions in silos. Blockchain 3.0 platforms uses a combination of smart contracts and secured multiparty computation to establish interoperability between different Blockchain platforms and establish industry wide network.

Commenting on the launch of the report, Sangeeta Gupta, Senior Vice President, NASSCOM said, “India has always displayed a very dynamic and rapidly growing technology ecosystem. As digital technologies reshape businesses, Indian IT-BPM industry is constantly innovating to emerge as the hub for digital solutions. The emergence of Blockchain technology showcases a decentralized, block-less and miner-less system and we are eager to see the new generation platforms being developed for this ecosystem. Even as the demand for blockchain based talent is growing at 40% each quarter, it is time to reiterate the importance of a skilled workforce. It is imperative to prepare our workforce through training programs and skilling initiatives in this field so service providers in the country don’t fall behind the global standards.”

Globally, enterprises have established the potential of blockchain through proof of value engagements and by tracking bellwether implementations by peer firms. 70% of enterprise blockchain projects are now commissioned through stringent business case evaluations across cost savings and operational efficiency improvement potential. With the business benefits of Blockchain becoming clearer to enterprises, a sizeable share of the projects is expected to pass the business case development barrier and move into production in 2019. The report states that service providers in India, with their deep enterprise client relationships, are uniquely positioned to address a large share of the global blockchain demand.

“It is heartening to see that industry and government stakeholders in India are taking a very pragmatic approach to blockchain adoption. They are not swayed by the hype around it, and have clearly established its on-ground proof of value through pilot engagements and bellwether implementations,” noted Akshay Khanna, Partner with Avasant, during the report launch. He added, “Given the accelerating demand for Blockchain implementations both globally and in India, there is considerable opportunity for Indian technology services companies as well as start-ups to tap into.”

The report also analyzed the Blockchain Regulatory Framework across 120 countries. Singapore, Switzerland, Netherlands, Malta, Japan and Abu Dhabi emerged as the leading countries where, the government actively formulates new regulations and encourages formation of a self-regulatory body to enforce standards among the community. The report recommends a more conducive regulatory framework that focuses on the use case rather than the technology used, stating that a proactive, consultative and defined regulatory approach to blockchain will boost the blockchain ecosystem growth in the country.

• Talent – Demand for blockchain talent is growing at over 40% a quarter globally • Key Indian Sectors – BFSI, healthcare, retail and manufacturing

Cybersecurity is the fundamental enabler of the digital economy: Sanjay Bahl, CERT-In