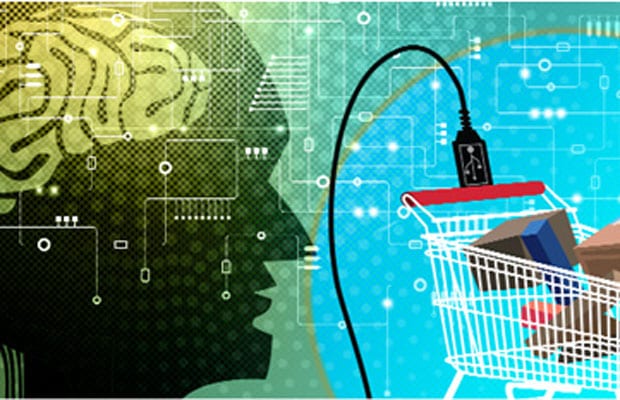 From a near-denial a year ago by many, including some of India’s largest brick-&-mortar organised retailers, that India would see an impact of e-tailing in the near future, the pendulum has swung to the other extreme.

Some of India’s oldest and largest organised retailers now believe that the e-tailers are now their biggest threat. Various associations that claim to represent the interests of India’s 16+ million independent retailers are now actively lobbying against e-tailers, including the home-grown ones. The same associations till recently had reserved their vitriol only for multinational retailers notwithstanding the fact that the top three organised retail businesses in India, each having revenues in excess of R15,000 crore in 2014, are Indian-owned while the largest multinational retailer in India is struggling to cross even a R1000-crore-revenue mark.

India’s current consumer spending on merchandise (and hence the size of India’s retail market) is about $525 billion. If India sees a real GDP growth of 7% CAGR in the next 10 years, and the consumer price inflation remains around 6% CAGR in the same period, India’s merchandise retail spending will touch about $1,100 billion by 2020 and touch $2,100 billion by 2025. There are many drivers for this strong growth in retail consumption that go beyond the overall economic growth of the nation. A relatively young population, convergence in lifestyle aspirations across urban and rural India, rise of dual (or multiple) income households especially in urban India are some of the more well-known growth drivers.

However, there is also a new growth driver for India’s retail consumption, which is the emergence of e-tail as a new channel that can completely transform what India will buy, from where it will buy, and how it will buy over the next 20 years or so—not in the next 5 or 10 as some imagine.

For getting a better understanding of how India’s e-tail may evolve in the near future and then in the long-term, it is important to understand what India is currently consuming and how that consumption is split between rural and urban.

As the accompanying figure shows, now and even 10 years from now, almost two-third of India’s retail spending is on food, followed by about 9% on apparel, then jewellery, followed by consumer electronics. Of this retail spending, rural India (6.6 lakh villages) currently accounts for almost 52%. Even by 2025, rural spending would still account for 43% of spending.

India will see very strong growth in all channels of retail: the traditional independents, the modern corporatised chains, and e-tail, not only in the coming 10 years but indeed, even much beyond that. Those who fear for the demise of traditional retail because of corporatised retail (whether Indian or foreign owned) and now because of e-tail will do well to note that Indians currently consume $479 billion worth of merchandise from the independent kirana stores and will consume more than 4 times of that—i.e., about $2,125 billion worth—from such stores by 2025. The corporatised retailers do not have much to fear either and they are likely to increase their own collective revenues (only from physical stores) from about $46 billion today to over $100 billion by 2020 and perhaps over $345 billion by 2025.

As far as e-tailing is concerned—notwithstanding its immense appeal in urban India and its appeal being limited to select categories of products such as the mobile phones and consumer durables—it will have a fairly small share of the overall retail spending in India as the accompanying figure shows.

The reasons are not too difficult to fathom. Firstly, as much as two-third of the total consumer spending is accounted by food (and of that, more than 50% is accounted for by perishables that include dairy, vegetables, meat, and fruit). Further, almost 50% of the total consumer spending is still spread across the entire rural India where it is yet not likely that e-tail will make a big impact (especially with e-commerce comprising services such as financial, entertainment, information and education, etc). The most important impact categories for e-tail (consumer electronics, durables and appliances, apparel and footwear, and furniture) account for just about 18% of the total consumer spending on merchandise, and again, this spending is spread well across urban and rural India through several hundred thousand independent stores as well as the brick-&-mortar corporatised retail department stores, hypermarkets, and specialty stores.

Hence, if seen only from the perspective of a few select categories (such as consumer electronics, apparel and footwear, furniture and home furnishings, and a few others) and that too largely in the top 12-15 Indian cities and for products that are targeted towards the middle/upper middle income strata, there would be a measurable impact of e-tail channel in 2014, and a fairly significant one by 2025. However, if seen from the overall consumer spending perspective, the share of e-tail channel by 2020 is expected to be around 3% on a net sales value (and perhaps 4% by gross merchandise value) and no more than 10% by 2025.

From a national impact perspective, e-tail’s positive impact is far greater than merely lower prices for the consumers. E-commerce (and e-tail) provides an unprecedented opportunity for small and medium scale manufacturers of consumer goods, local and regional retailers, and budding entrepreneurs to find much needed (and difficult to get) connectivity to the end consumer. If Make in India has to work for India’s small and medium enterprises, then this last-mile connectivity to customers and consumers is extremely vital. Hence, it is important for representatives of independent retailers and large corporatised retailers not to create negativity around this new emerging retail channel but to find ways to harness the potential of e-commerce (and e-tail) to their own advantage. It is also important for the government to come out unequivocally in support of all retail channels—the traditional independents, the corporatised chains, and the emerging group of e-tailers rather than try to favor any one at the cost of others.

The author is CMD, Technopak

Cyber Risks in the New World of Remote Working

Financial Governance for Big Data in the Cloud