Pan, Tilt and Zoom CCTV cameras to be installed soon in Patna 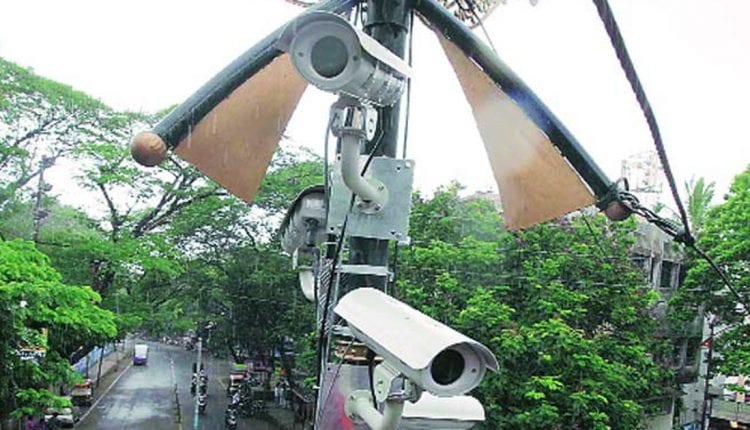 Amid frequent incidents of crime in Bihar, the state police will soon be equipped with CCTV cameras to track and identify criminals as well as speed up investigations of criminal incidents and accidents.

Jitendra Kumar, ADG Bihar headquarters, told IANS that all the CCTV cameras will be based on “Pan, tilt zoom’ functions having night vision ability.

“In the first phase we will install such cameras at every important intersection, roads, approach roads in the localities and borders of Patna district,” Kumar said.

“The Bihar Home department has hired a company Bihar State Electronics Development Corporation (Beltron) for surveys as well as installation of image capturing devices. The survey is nearly complete and the installation will start soon in Patna,” Kumar added.

“We have been looking for the best quality CCTV cameras for prevention of crimes, collection of evidence and surveillance of history sheeters, notorious gangsters, street criminals, bail jumpers and proclaimed offenders. The Bihar police has a database of criminal elements, the CCTV will help us in nabbing them once they are seen on the streets and can be caught on camera even at night. The cameras will be linked to the control room and photographs taken by it would be matched with our database for identification. It will help increase prosecution rates as well,” Kumar said.

For the last few months, Bihar police is facing criticism over a surge in crime cases in the state. The sensational Rupesh Kumar Singh murder case is one of them. He was gunned down on January 12 by some unknown assailants who have not been caught by the police till now.

According to a Patna police official, there were no CCTV cameras on the Bailey Road-Punaichak intersection. The CCTVs installed in the apartment block of the deceased Rupesh Singh, an Indigo Airlines manager, had stopped working.

As per the data, Patna district registered the highest number of cognisable crimes in the state with a staggering 23,595 cases of murder, kidnapping, kidnapping for ransom, dacoity, rape, theft and burglary between January 2020 to October 2020. This includes 175 murders, 763 cases of rioting and 809 kidnapping cases under different police stations.

Besides criminal investigation, the top cop said the cameras would be linked with such hi-tech tools that they would detect violations of speed limits, jumping of signals and automatically generate challans against the vehicle’s registered owner.

“With the help of digital cameras, telephone cables and database of the city’s registered vehicles, a fully computerised system will be in place to take punitive action against violators,” Kumar added.

According to a traffic police official, the CCTV cameras comprise of 360-degree PTZ (Pan, Tilt and Zoom) functions placed in a box-like structure and mounted on specific poles or at traffic signals. The cameras are connected to traffic signals and sensors placed below the surface just after the stop line.

“As soon as any vehicle jumps the signal, the cameras will start rolling. The cameras will take pictures of the violating vehicle. It will cover a wide range image to identify the type of vehicle and also have the facility to take telescopic images to identify the registration number of the vehicle,” said a Patna traffic police official requesting anonymity.

“The images captured by these cameras will be transmitted via phone to the central office within two minutes for e-challan,” he said.