PPP based multi-stakeholder approach key to the success of GSTN: Prakash Kumar

Prakash Kumar, CEO, GSTN says, GSTN being formed on a PPP model, banks and FIs came forward knowing the fact that it was a section 8 company - a not for profit. This worked well because the board approved good pay scales, which helped in hiring a talented workforce 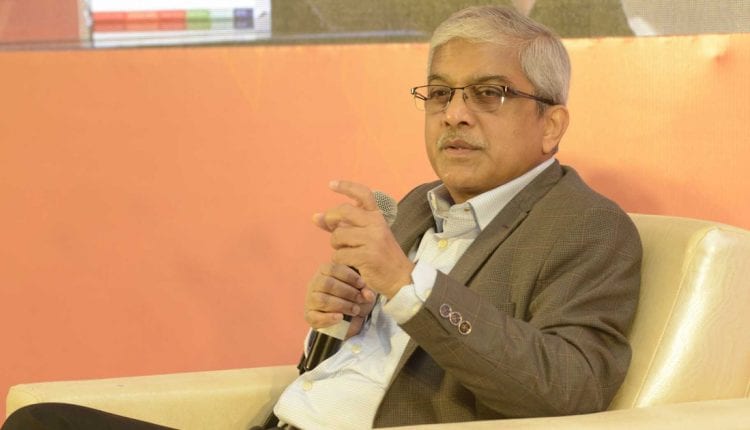 How did you go about building the GSTN?
One of the important building blocks was hiring the right kind of talent. GSTN was setup as a Public Private Partnership (PPP), so we were given the freedom to hire the talent of our choice. But GSTN being a new and unknown entity at that point, we had to hard sell to get the required talent. The second aspect was the absence of law and business process for GSTN. I joined in October and the maiden business process on registration and payment was rolled out in December.

The biggest challenge at that point in time was that the big system integrators (SIs) were unwilling to quote. We requested Chandrashekhar, who was the NASSCOM president then, to setup a meeting with them to find out the reasons for their lack of interest in bidding for the GSTN project. The reason was the delay in payments to SIs for the ongoing government projects. For the same reason, close to Rs 5000 crore worth of IT projects were not moving ahead. Until then the payments to IT vendors was made after the hardware and software requirements are met.

For example, the VAT Department in Punjab was using the VAT system for more than three years, except for one tax office, which had connectivity issues. Not a single penny was paid to the vendor. After the meeting, we decided to follow the milestone based payment practice. Accordingly, payment was staggered based on hardware, software delivery time. This found a lot of acceptance by the vendors.

We also did multiple rounds of meetings with OEMs, who ultimately supply to the SIs and based on the suggestions, the RFP was finalised, which became a model RFP for other government departments to follow. The Government e-Marketplace (GeM) has adopted GSTN’s RFP model.

How is GSTN different from other government agencies?
GSTN was moved from an ownership model of being a private organisation to a public private partnership (PPP) model. The credit for the company architecture design should go to Nandan Nilekani and his group of ten executives.

Since it was a PPP, who would be the stakeholder from the private sector?
Banks and FIs came forward knowing the fact that it was a section 8 company – a not for profit. This worked well because the board approved good pay scales, which helped in hiring a talented workforce.

Please discuss the market study before designing the technology architecture of GSTN?
We studied Facebook, Google, UIDAI, Income Tax, passport system, etc. The problem was we didn’t have an estimation of the number of registrations and signups on the platform. It was about keeping the system scalable. Proper margins were kept for accommodating growth. Our hunch was right; the growth of registrations on the platform has doubled over the last two years. It was over 64 lakhs in 2017, which has shot up to 1.23 crore in 2019. To give a perspective, in the IT department the annual growth is just about 7-8 per cent. If we had not kept the system scalable, we would have been in deep trouble by now.

Dr Pramod Verma was the chief architect of the GSTN system. He has also architected the UIDAI and the NPCI platforms. GSTN is run completely on open source. No black boxes. It would have been an easier path to take to host GSTN on a proprietary platform, in the initial phase but we took the difficult path of designing it all on our own. All the modules are designed such, that a particular module can be replaced without disturbing the system. It’s a micro services based architecture, wherein everything talks to each other, running on x86 hardware.

How can the working model of the GSTN be replicated for other government projects?
The Government had setup a National Information Utility (NIU) under Nandan Nilekani and GSTN was the first NIU. It entails having a talented workforce who can talk to the vendors on a one-to-one basis, with a hands-on technology experience. Otherwise the Government agency has to just accept what is being given to them. For example, our head of technology has worked with Yahoo for a long time, when the Hadoop technology was being built. He was a part of the team. He in fact guides vendors in the software development. We didn’t had such people when I was working with Ministry of Electronics and Information Technology (MeitY) long back. We were at the mercy of the vendors
and whatever was given to us.