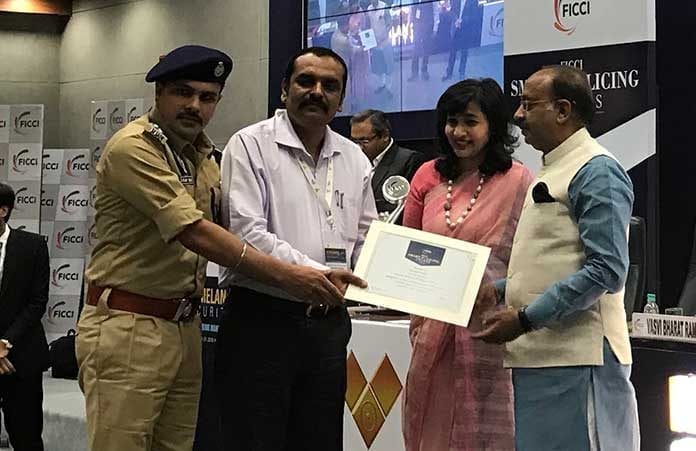 Punjab state police have been awarded the FICCI Smart Policing Awards 2018, at the annual conference on homeland security for its smart policing technology” PAIS”. The Punjab police have won the award under the category of Crime Prohibition, owing to a host of trailblazing and farsighted measures undertaken by the police department to ramp-up the policing initiatives in the state. The award was received by IG OCCU Kunwar Vijay Pratap.

Last year, in order to utilize innovative technology in community policing, Punjab state police had joined hands with one of local artificial intelligence start-up, Staqu to commission PAIS. The project was helmed under the leadership of Dinkar Gupta, DG Intelligence, Punjab with the then IG OCCU Nilabh Kishore’s supervision.

Short for Punjab Artificial Intelligence System, the PAIS app allowed Punjab police to digitize criminal records and automate criminal search and various critical analysis at ground zero. With features like facial recognition, PAIS retrieved information of criminals from the records, in real-time. It further supports police personnel via innovative features like gang analysis, phonetic search and more. Till date, the PAIS has a rich digital database of over 90,000 criminals and has helped the state police nab over 100 criminals.

Atul Rai, Co-Founder & CEO of Staqu said, “We’d like to congratulate the Punjab Police Department on their win at the SMART Policing Awards by FICCI. The state police force has shown unprecedented enthusiasm towards adopting the latest tech initiatives in its fight against crime. At Staqu, we were honoured to collaborate with the Punjab police and work on an AI solution to help the police forces digitize and automate their operations. It has been our constant endeavour to solve real-world problem with artificial intelligence and we shall continue to strive for the same.”

The start-up recently went international with its AI-driven predictive policing solutions. Staqu was selected by the Dubai Police Force to bring down the crime rate by 25%, with the use of artificial intelligence.