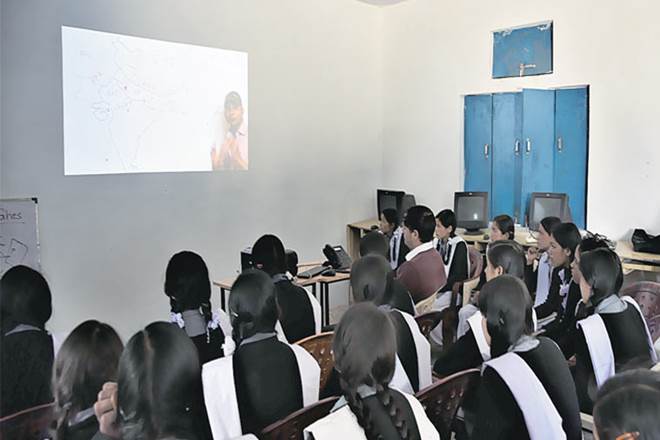 In a major boost to Prime Minister Narendra Modi’s flagship ‘Digital India’ campaign, Ghes village located in Uttarakhand has got WiFi connection even though it is yet to get electricity, according to The Indian Express report. The WiFi connection, which runs at a speed of 20 Mbps, has been installed in a government Inter College in March. The village was adopted by state government agency “Information Technology Development Agency (ITDA)” in January this year. “Providing WiFi connectivity to remote villages in Uttarakhand is something that we, at ITDA, consider essential,” ITDA director Amit Sinha said. The agency was set up in 2005 to accelerate the use of IT across the hill state.

Ghes village is located at the picturesque Garhwal hills. Electricity is yet to arrive and mobile network is not so good in this village. The WiFi system has been running on solar power and residents termed this as “nothing less than a dream”. College teachers have welcomed the move. Class XI and XII students must be taught by lecturers but we have only one – for Hindi. Subjects such as Economics, Political Science, Geography, and English are not taught. Now we have started using the Internet to compensate for the lack of teachers,” a teacher was quoted as saying by IE.

With this WiFi, students are getting the opportunity to attend e-lectures. For example, students attending a lecture on Economics from professor Kailash Pant, who was sitting Didihat in Pithoragarh district, 200 km away. “I don’t want to miss any of the e-lectures. Hopefully, such lectures will be conducted for other subjects too,” a student said.

The project began on February 15. A six-member State Wide Area Network (SWAN) team traveled 300 km from Dehradun to Ghes, which was then covered in snow, to survey the area for “any possibility” of setting up WiFi connectivity. “Ghes was still 12 km away and the mobile phone signals dropped to zero,” says Sanjeev Sharma, project manager of SWAN in Uttarakhand. “We didn’t know where to start. Ghes was a synonym for every hurdle that could come in the way of establishing Wi-Fi connectivity,” says Sharma.

“The biggest challenge was to pick a village that was backward and make the attempt successful…but we took the risk. After Ghes, many MLAs have been contacting us to develop smart villages in their constituencies. We are working on the proposals,” the ITDA director said.

​How Deepak Fertilisers and Petrochemicals (DFPCL) Migrates from Traditional Planning…