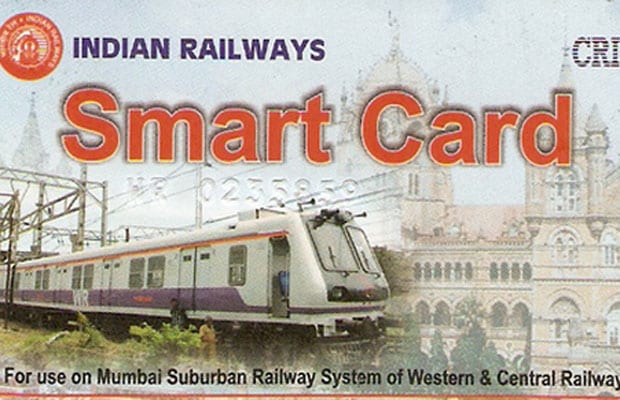 Paving the way for cash-free travel, the Indian Railways is all set to launch a pan-India smart card with a pilot project underway at 12 stations in the country, including Mumbai Central railway station.

Once launched, the facility will give a five per cent concession to passengers on bookings. The smart card, with a lifetime validity, can be recharged for a maximum of Rs.10, 000.

The card is a part of the new IT applications developed by Centre of Railway Information Systems (CRIS) under the Ministry of Railways, for the benefit of passengers.

The travel card will be tested at six stations each on the Delhi-Howrah and Delhi-Mumbai sector.

“We have already started testing the card at the Mumbai Central station. Since it is a new type of card, it will undergo tests for a while before being introduced for passengers,” said a Western Railway (WR) officer.

The card can be purchased for an initial sum of Rs 70, of which Rs 20 will be the immediate balance on the card. Following the purchase, a passenger can recharge the card in multiples of Rs 20 or Rs 50 to Rs 5, 000.