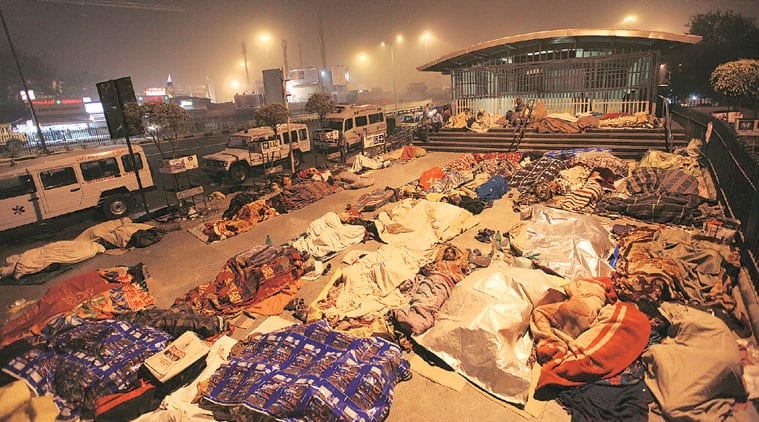 An online appointment system at the premier All India Institute of Medical Sciences (AIIMS) and few other government-owned hospitals has, to some extent, brought relief to people seeking appointment with doctors

Ram Gopal, a serving Border Security Force (BSF) personnel stationed in New Delhi, has been running from pillar to post at the All India Institute of Medical Sciences (AIIMS) for the past two months, seeking an appointment with the orthopaedic doctors for his spinal cord injury. After an agonising wait and battling the infamous OPD queues at the hospital, he has managed to get a date for his surgery: December next year. The paramilitary person cannot afford to get himself treated at corporate hospitals and his hopes are thus pinned on AIIMS; a facility where the corridors are always crowded by patients, and most of them are from very poor economic backgrounds as they know this New Delhi-based hospital is the only place in India where they can get best treatment in very low expenses.

Every day, hundreds of patients throng AIIMS and are kept waiting for hours to consult doctors. They start queuing up by 3 am in the morning, and those who fail to get-in, wait for the next day and the lucky ones move to the next queue. To put it in simple terms, getting an appointment with a doctor at this premier hospital is a daunting task for those who have tried their luck. However with the intervention of technology, the scenario is changing.

Recently, as part of Prime Minister Narendra Modi’s Digital India initiative, the National Informatics Centre (NIC) has developed an online registration system (ORS) to book an online out patient department (OPD) appointment for various departments in the government-run hospitals across the country. In the first phase of implementation, four major hospitals, including AIIMS have launched online appointment system for their OPDs and clinics. The new system has changed, to some extent, the overall experience of the people who are seeking appointments and the crowd management at registration counters for the hospital staff has also improved.

“Earlier, people simply did not know the process. They were at the mercy of the touts and middlemen who managed the show outside AIIMS premises. And this led to a lot of corruption and leakages in the system. To have all these lacuna plugged, we have devised an online appointment system wherein any person irrespective of their region and nationality can book an appointment” Dr Deepak Agrawal, chairman—computerisation at AIIMS told FE.

The use of technology is nothing new for some of the government-run hospitals. In fact, most of the tertiary and some of the secondary level government hospitals across the country have implemented hospital management information system (HMIS), a kind of hospital e-governance initiative, which integrates the entire resources of a hospital into one integrated software application for automating the back-end work-flow, ultimately leading to a paperless environment at hospitals. But so far, none of them had a proper mechanism of an appointment system in place to eliminate long queues at the registration counters and validate the demographic details given by the patient to avoid duplicity of the records.

“While there have been multiple efforts to address this; many public sector hospitals continue to struggle with patient work-flow issues. Many of these efforts are technology driven initiatives in various stages of implementation; and it’s going to be some time before we see widespread improvement across government hospitals,” says Utkarsh Palnitkar, a partner with KPMG India who also heads advisory and life sciences practices of the firm. “Having said that, it’s important to recognise that while technology can help address some of the work-flow related issues, it would not be enough to address the more serious concerns around significant shortage of clinical infrastructure and workforce in the country—a key cause of overwhelming patient footfalls, and long waiting times at many government hospitals,” he adds.

“At AIIMS, we receive about 9,000-10,000 patients per day and if you add two relatives to each patient, the number goes to 30,000 persons in a day—managing such a huge gathering is a humongous task,” says Dr Agrawal. “Only a technology-driven system could have streamlined the process of crowd management.”

More than anything else, the new system at AIIMS has substantially reduced the waiting time; now a patient who comes with a prior appointment spends less than two hours at the hospital. Even for departments such as ENT, orthopaedics and skin care which once had a six-month waiting period, the waiting period has now been reduced to one and half months.

At its core level, the online registration system is a cloud technology-based platform hosted at National Data Centre in Delhi. The portal has created a basic framework to link any government hospitals across the country to facilitate online appointments. So far, 11 hospitals have adopted ORS and in last five months they have seen over 82,000 online bookings. The majority of patients—as many as 65,000—have sought appointments in AIIMS, followed by over 7,100 in Ram Manohar Lohia Hospital and about 5,600 in National Institute of Mental Health and Neuro Sciences, Karnataka.

Dr Agrawal informs that the two ministries of IT and health & family welfare are collaborating to push all the states to adopt it. “They have agreed in-principle to implement it across all the AIIMS.”

Giving a futuristic outlook, Palnitkar of KPMG India says, “Holistic improvement in public sector healthcare availability and accessibility in India is going to need well planned, coordinated action across multiple fronts. On one front, there is a need to relook at current operating models and increase adoption of information technology for improvement; on the other front there is a need for tightly coordinated action to address shortage of hospital infrastructure and clinical workforce, which have much longer lead times for development.”

On the question of whether AIIMS is looking at any change in the new system, Dr Agrawal says, “We have many ideas and we are working around to bring new innovations to the system. We will customise it in such a way that it will not only offer the basic information but also share the details about the doctors and various departments.”

In short, the ultimate aim of using technology at AIIMS is to customise the operations to the level of an individual patient needs. “That shall be the real showcasing of the IT and health put together for the benefit of common man,” says Dr Agrawal.

Convergence of cyberspace & physical space is technology of future: K’tka…