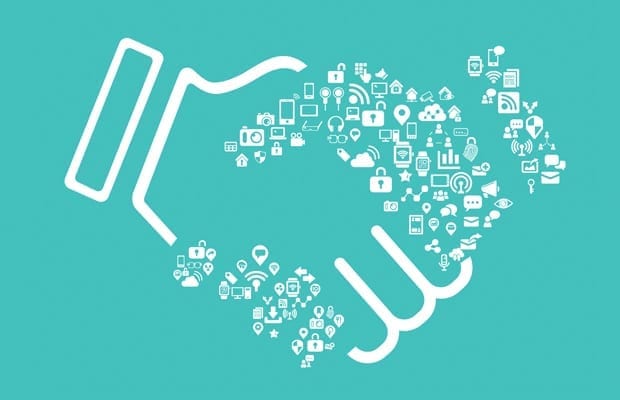 India is going to observe the 4th Anniversary of the ‘Make in India’ initiative today on September 25th.This was was launched by the Government of India on 25 September 2014 to encourage companies to manufacture their products in India and also increase their investment. Express Computer asked some industry veterans and leaders to share their perspective:

With the launch of Make in India initiative taken in the year 2014, the government realized specially to boost the Electronics and IT Hardware manufacturing (ESDM) sector to achieve the goal of zero imports by 2020. Of course, since its inception, there have been fundamental changes observed in the landscape and the business models of ESDM industry in India. We at NetRack believe that major steps like digital revolution and the dedicated commitment of using technology, along with this initiative, have opened-up the huge avenues for ESDM industry to manufacture innovative products and offer solution across the country. In order to see a large shift to high value added product-based model in the ESDM sector, we think that fabless ecosystem requires the maximum support from both the government and the other industry bodies by focusing on design and intellectual property ownership in terms of boosting and scaling up the sector within the country.

However, it is one of the golden opportunities, helping to put India on the globe of becoming the design-led electronics manufacturing hub and attract investments and create skillful jobs in the country. Moreover, it also adds value to push the trade policies to the robust Indian economy.

Manish Krishnan, Founder & CEO at ATCS Inc (Advanced Technology Consulting Service Inc)
As the world’s fastest growing economy this fiscal year, India added another feather to its cap. The Make in India initiative was introduced to boost national economy and has achieved much-deserved global recognition. With the economy becoming domestically oriented, the dependency on imports has been scaling down. In fact, the initiative has received its share of international support with global giants like Apple, who embrace it whole-heartedly.

Leading economies like USA and China also feature similar initiatives to boost their domestic economy. With its presence in all three leading economies, Advanced Technology Consulting Services (ATCS) has been focused on contributing to India’s domestic growth. Aligned with the vision of Make in India, ATCS nurtures national talent and creates innovative solutions “from the ground-up”, rather than relying on already established time-tested models.

ATCS has focused on the emerging city, Jaipur, to create employment opportunities, foster innovation, harness skills and attract upcoming talent. This has also been a strategic move of the company to lower attrition rates that are prevalent in highly competitive tier 1 cities such as Mumbai and Bengaluru.

Gaurav Ahluwalia, Managing Director at R&M India
With the launch of ‘Make in India’ initiative in 2014, Indian economy has witnessed radiant growth in IT and manufacturing sectors. This call from Indian government has encouraged various global/foreign investors operating in different verticals to make investments in India and boost their business by building the products here. It has identified and facilitated the leading sectors of the country which are responsible for rapid economic growth and employment in the states.

Make in India initiative has also surged up the development of Smart cities across the country which sequentially demanded for more IT and manufacturing hubs locally. This was surely a need for additional work force which led to increase in employment in the country.

Manufacturing industry is one among the 25 focused sectors of the initiative. In-line to the initiative, R&M, a Switzerland based company has recently made a significant investment in India and successfully opened an expansive state-of-art production facility in Bangalore. Through this step, we at R&M are utilizing the skillset of Indian workforce and are able to manufacture innovative Structured Cabling, Data Center and Telecommunication products & solutions with Swiss standards for numerous verticals across the globe. It has also helped in manufacturing customized products.
Make in India initiative has soared the position of India in the context of ease of doing business on its land. The program has more potential to take Indian economy at much better ranking and soon brand India as a developed country.

Satish Kumar V, Co-Founder & CEO at EverestIMS Technologies Pvt Ltd.
Make in India is a supreme initiative taken up by Indian government to accelerate the country’s economy. Successfully completing the 4 year mark from its launch, it has made an accountable growth in the GDP. With its effective campaigns, it has encouraged both multi-national and domestic industrialists across the globe to invest in India and manufacture their products here. This move resulted in an exponential raise in the home production/ local manufacturing hubs.

The primary objective of this initiative is to strengthen India’s IT & manufacturing sector. We can observe a paradigmatic shift in the Government policies and bureaucratic processes. Elimination of unnecessary laws helped to carry-out regulatory clearances faster. By cutting down the taxes for startups, India has positioned as the 3rd IT start-up hub in promoting various technologies. This step has played an integral role in facilitating jobs and nurturing innovative skills among the youth of India.

As EverestIMS, being an Indian based software company, specialized in providing software offerings for Unified IT Infra Management and ITSM, we feel proud/honored to work on the lines of Make in India initiative. It has boosted up our business by tackling the SMB segment of India and also assisted in making our foot prints into the government sector. With the government’s recommendation on Make in India products, EverestIMS has become a primary vendor of Infrastructure Management Solutions for industry giants in Telco, PSU & BFSI sectors.

Establishment of local R&D centers has increased the utilization of Indian software engineering skills, resulting in the raise of youth employment. The initiative also provided a platform to enhance the skillset of the workforce with regards to the technology trends/market trends.

Make in India has totally changed the perspective of Indian market. Today, we see a lot of demand for Indian products as it has built confidence in customers across the globe to use Indian products. Indeed, it has become the largest and fast growing government initiative ever!