Home  »  Guest Blogs  »  How is IoT expected to change our experiences in the near future?

How is IoT expected to change our experiences in the near future? 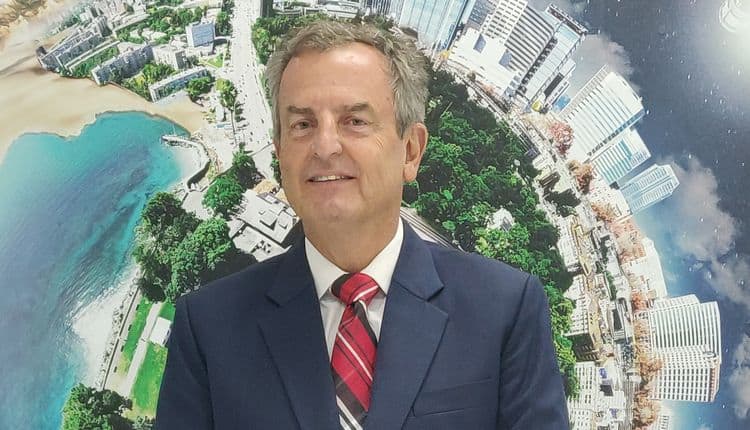 The Internet of Things (IoT) has made waves in the past few years with the promise to transform data from connected objects into meaning that enrich our lives. IoT as a technology focuses on convenience, efficiency as well as enabling new business models and has a vast potential for consumers and businesses.

According to McKinsey, the impact could be as large as USD 11 trillion by 2025, which is equivalent to 11% of the world economy. We are also already witnessing IoT being applied to products and services by businesses to develop digital services and drive new growth. Customers are equally excited by the development and would like to see IoT to be used for smart home applications, smart healthcare solutions and smart automotive services.

As per a joint report by FICCI and Ernst & Young, the APAC region is forecasted to become the largest global IoT region in terms of both connections and revenue by 2025 with India expected to have 5 billion connected devices by 2022. There are certain key enabling factors in the Indian ecosystem such as Sensors, Networks, Standards, Augmented Intelligence and Augmented Behaviour which hold immense promise for its growth in the coming years.

A testimony of this is the recent report by NASSCOM which highlights on the filing of about 6000 Internet of Things (IoT) patents in the country from 2009-2019, of which over 5,000 were filed in the last five years. However, IoT still operates in silos and there are untapped opportunities in various sectors that will see new developments.

IoT Security will be centre stage – With more IoT devices being used, everything from smart-city installations to smart homes, devices will be vulnerable to the advanced cyberattacks. An IoT study highlighted that only 50% of businesses can detect if their IoT devices suffered a breach. Moreover, protection of the data generated and collected by the IoT devices adds to the vulnerabilities. Hence, safeguarding critical infrastructure that bridges our digital and physical worlds will be key, with measures like:

* Securing IoT devices by issuing Device ID Certificates at the point of manufacturing to establish identity and facilitate authentication to service and other devices.
* Ensuring encryption for the data collected at every level to prevent interception and theft.
* Preventing attacks against master of devices by using SSL certificates for all communication with devices in the field.

Changing the game for Utility and metering – Various startups are joining hands with state and rural government programs to solve urban development issues such as utility management and growing energy and water crisis. Global industry leaders are investing in IoT applications to build innovative utility services such as mobility, buildings, water supply, power, and much more. For example, IoT based smart meters are increasingly being deployed to allow remote monitoring and to analyse water treatment systems, water crops remotely and monitor the quality of tap water. As per the research firm IHS Markit, more than 1.3 billion smart electricity, water and gas meter units would be installed globally by 2021. Also, the technology usage is now being advanced from monitoring to control, based on input data gathered by IoT devices. This will take the IoT ecosystem to next stage of growth.

IoT and the user experience to go mainstream – Industry players are increasingly working to bring their innovative IoT solutions at the forefront. IoT is already impacting our daily lives, whether with the increasing adoption of connected devices, tables, wearables or even smart home devices, and connected features in cars like the virtual car keys that enables the full digitalization of the customer journey for private cars, vehicle fleets, car sharing​ or rental cars. We will continue to witness IoT changing the lives of end-users.

Advancements in telecom to further IoT deployments – The transformation from 2G to 4G has propelled the growth and adoption of emerging technologies like IoT and artificial intelligence (AI), which has in turn provided customizable telecom services for users. As 5G technology and NB-IoT comes into play, telecom service providers are now focusing on data-analytic based services which will drive virtual and augmented reality, automation, AI and machine learning algorithms, apart from improving the performance of their existing network. The 5G network will also support the ongoing IoT developments for the modernization of the transport infrastructure which will require the ultra-high speed, realiability and extremely low latency.

IoT focus on the agriculture sector – The technology has given a new life to the farming sector. We have already witnessed how IoT has transformed farmers’ lives with the help of pilot projects that have given them access to services such as autonomous irrigation – using intelligent irrigation sensors that provide greater monitoring and control on the water levels and automatically controls the overall irrigation and sprinkler systems. IoT devices are also being considered to monitor the health of livestock along with the optimization of grazing patterns to improve milk productions for dairy farmers. Moreover, the agriculture sector is also deploying internet-enabled devices to support temperature-management logistics and supply chains.

Smart cities to evolve with IoT – Smart cities are the future and the Indian Government has identified over 100 potential cities to address the growing challenges of rapid urbanisation. Governments with the help of IoT platforms and applications is targeting to improve core infrastructure services such as traffic congestion and parking problems by real time tracking, analysing and action to better the services. We can also expect inspection-as-a-service and surveillance-as-a-service models to gain traction with a new wave of multi-purpose IoT devices that will include cellular-enabled cameras.

IoT is becoming mainstream and will see billions of machines and appliances such as wearables, cars, homes, industrial equipment amongst others connected to each other and the cloud.  In India, the government is focusing on the benefits entailing the introduction of Internet of Things with its flagship programmes such as Digital India, Make in India and Smart India-Smart Cities among others. However, for IoT to truly become key to consumers, it needs to fit around, enhance their daily lives and reach all tiers of the economy, thus becoming more inclusive. What businesses essentially need to do more is to educate and reassure consumers of their safety, security and privacy to continue adoption of IoT. Only a seamless and personalized user experience, with a guarantee of security and privacy will lead the connected world.