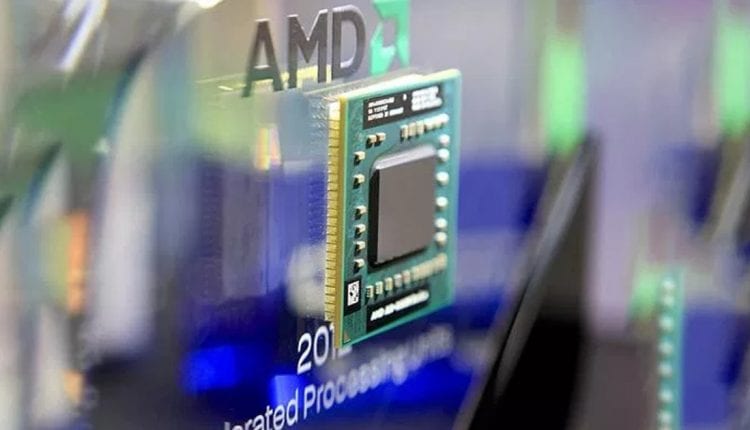 Advanced Micro Devices Inc. promoted its new server processor as better-performing than more expensive parts from rival Intel Corp., and said the company had won Google as a new customer for the product.

AMD’s Epyc chip will have as many as 64 processing cores and be made with a new manufacturing technique called 7-nanometer, Chief Executive Officer Lisa Su said at an event in San Francisco. The increased performance and efficiency will reduce costs to data-center owners by half, she said.

Under Su, AMD is trying to break with the past and show it can consistently deliver processors that compete equally with those from Intel. Wednesday’s announcement is targeted at the lucrative market for server chips, the crucial component in the machines that run the internet and corporate networks.

“We are just getting started in the server market,” Su said. “What you can expect from us is consistency. It is not just about one generation. It is about building a multi-generational road map.”

Alphabet Inc.’s Google has already started using the new Epyc processors in its data centers and will deploy more in the server farms that support its cloud services. Google’s announcement means that all the major U.S. large cloud companies and some of their major Chinese counterparts are AMD customers.

“We’re already seeing some great performance out of a variety of workloads,” said Bart Sano, a vice president of engineering at Google. The chips will provide services at a much cheaper cost when they’re offered to customers of Google Cloud, he said.

After peaking at more than a 20% share of the market about a decade ago, AMD hurt itself with delayed products that also didn’t meet performance claims. That allowed Intel to take back sales and reduce AMD to less than 1% in a market where chips can sell for more than $10,000 each. AMD had 3.4% share at the end of the second quarter, according to Mercury Research. That’s a jump from 1.4% at the same point in 2018.

The business has changed since AMD last had a significant presence. Orders are now dominated by a handful of huge companies such as Google, Microsoft Corp. and Amazon.com Inc.’s Amazon Web Services that operate giant data centers providing computing over the internet. Those companies have taken over a lot of the work traditionally done by in-house corporate data centers.

AMD on Wednesday posted a comparison of its product with an Intel Xeon processor. According to its calculations, the top-of-the-line new Epyc, which is listed at less than $7,000, outperforms a Xeon 8280M listed at $13,012.

AMD’s stock has rallied this year as investors bet Su’s revamp of the company would deliver a path to consistent profits and gains at Intel’s expense. Even after a rout in chip stocks since late July, AMD’s shares are up more than 58% this year.

Intel’s executives said they remain confident in the performance of their products.

“It’s natural market behavior to have customers always look at what their options are,” said Lisa Spelman, vice president and general manager at Intel’s Xeon unit. “It’s our job to continue to win that business.”

Spelman said many of the large data-center owners use custom-made chips from Intel. Industry-standard performance benchmarks don’t reflect the boost such optimizations provide, she said.