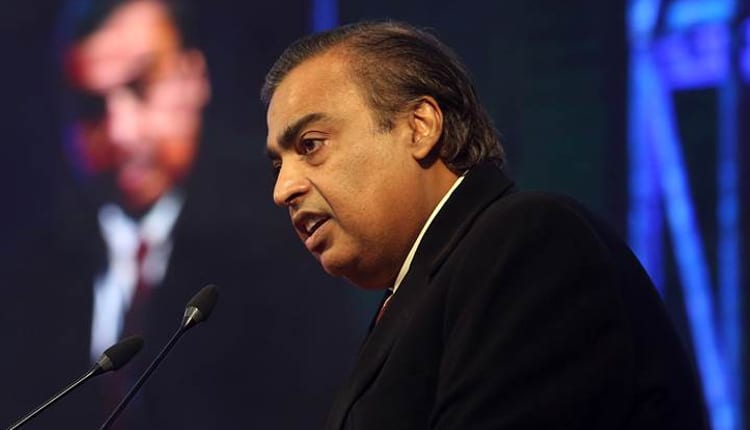 Mukesh Ambani, Chairman, Reliance Industries Limited (RIL) has said that the partnership between Jio and Facebook is great for India, Indians and small Indian businesses.

Ambani was in conversation with Mark Zuckerberg, CEO, Facebook at the first ever Facebook Fuel event in India.
“I have no hesitation in going on record, that it is your investment that set the ball rolling. Not only for Jio, but for the Indian FDI which has been the largest-ever in its history. And our partnership between Jio and Facebook, will actually demonstrate that it is great for India, Indians, and small Indian businesses,” Ambani said.

“And let me point out a very unique feature about our partnership. Perhaps not many people have understood this. Because, before this partnership I believe that each one of us was mainly a communication platform. Together, we now have become a value creation platform for our customers and small businesses,” Ambani said at the event.

So what does this mean? This means Jio brings digital connectivity, WhatsApp now with WhatsApp Pay brings digital interactivity, and the ability to move to close transactions and create value, and Jio Mart brings the unmatched online and offline retail opportunity, that gives our small shops which exist in villages and small towns in India, a chance to digitize and be at par with anybody else in the world,” Ambani added.

“To my mind, more wealth creation means more employment and more business. And together with our platforms and the tools that we will provide to small businesses and to individual consumers, I believe will drive India to a 5 trillion economy and will make a much more equal India, with more equal wealth growth at the bottom of the pyramid,” Ambani said in conversation with Zuckerberg.

He added that in the next two decades, India will grow to be among the top three economies in the world. But more importantly, it will become a premier digital society. It will be a modern society with young people driving it, with young businesses driving it.

“And our per capita income will go from eighteen hundred – two thousand dollars per capita, to five thousand dollars per capita. Our mid-income or the middle class in India which is about 50% of its total number of households, will grow to three to four percent per year. And I think that Facebook, Jio, and a lot of other companies and entrepreneurs in the world, have a golden opportunity to be in India, to be part of this economic and social transformation, that we are witnessing and that will accelerate in the coming decades,” Ambani said.

“I really see India accelerating as a premier digital society. I see us integrating both 5G…and just yesterday, our Prime Minister has said that, he wants every village and every gram panchayat…India has 680,000 villages, and we have a population of 1.3 billion people, and he wants everybody to be empowered on the information highway with high speed fix broadband, and which is happening,” Ambani added.

“I think that there is a great opportunity for really bringing education and health care. With the second-generation reforms that were done in the last six months, we have unique opportunities and as Jio we are connecting all the 1.9 million schools in India and the 58 000 colleges. At any point in time, we will have in the coming decades, about 200 million children or young adults, between the age of 3 and 18 in our education system. I think that in a span of 10 years, we can set for ourselves an objective really to reskill India and the talent that you talked about, can improve 10x,” Ambani added.

“The same thing we can do in health and all the emerging technology and integrations, where we can make sure that we deliver services, and we deliver good proactive health. We are working very closely with all the authorities to make sure that we provide the technology tools and backbone for even vaccination in the coming quarters using technology. So, I think health, education…we’ve already… and I think that what India has done is in a sense, we have democratized value creation with the drive of our Prime Minister,” Ambani added.