On a mission to move forward key technology milestones in Artificial Intelligence and Robotics, ARTPARK is closely working with various stakeholders to make the most of the technologies in education, healthcare, mobility, infrastructure, agriculture and various other sectors. Express Computer speaks to Umakant Soni, Founder and CEO, AI & Robotics Technology Park (ARTPARK). 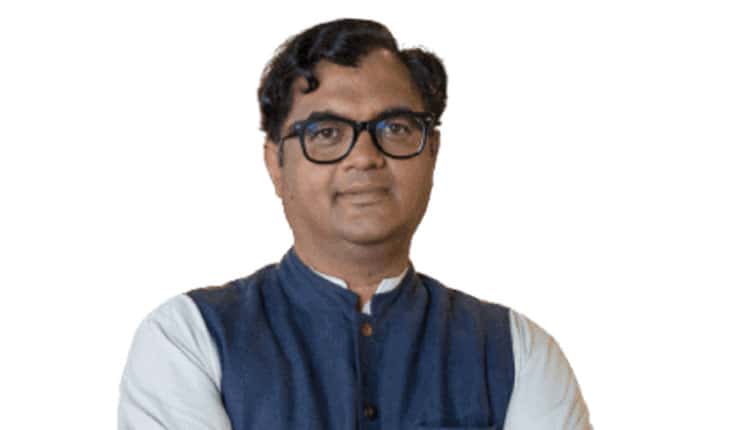 What was the need to establish AI and robotics tech park, ARTPARK?

After graduating from IIT Kanpur, I worked about 20 years in the industry – out of which I spent 12 years in the artificial intelligence space. I started the first AI Chatbot; however, we could not sell the technology. Later I spent a year in Silicon Valley trying to understand how they produced cutting-edge-technology companies, and that is when I observed that there is a need for an ecosystem in India. I returned to India and started pI Venture. We raised almost 225 crores, and bagged around 14 companies – some of them are leading AI companies in India. Soon we realised that the kind of companies US, Israel, and even China were producing were not being started or conceptualised in the country, and that prompted us to go to the Government of India and establish ARTPARK under the National Mission of Interdisciplinary Cyber-Physical System (NM-ICPS).

ARTPARK aims at leveraging the research that happens across the globe. We want to enable the use of AI and robotics for all, and take it to a wide variety of audience. When people are empowered to use these tools to solve their own problems, then only we will actually see a different and progressive nation.

What are the major concerns you would like to highlight in context to conceptualising, executing, and promoting AI and robotics technology?

When we talk about innovative and new technologies, we need the right set of standards to be adopted by all, and similarly we need precise and correct regulation methods as well. I am glad to mention that we are working closely with the government in this direction – not just within the country, but also on an international level. I have had the chance to represent India as a nominated expert on innovation and i. I believe, in the next two to three years, you will see the standards on AI and robotics.

The next important element is achieving “five nines” reliability. And in order to get that reliability, we need 1 trillion data points. Is it possible? Do startups have that much data with them? The answer is – NO. Access to gold standard databases is the next major concern. India is a huge nation, and a tremendously large amount of data is being generated, but it is not segregated, analysed and stored in any manner. We need datasets from across the industry – data sets which can be used by startups to develop solutions – solutions which are just revolutionary. ARTPAR has indeed started working on this component.

Further, we need to promote AI and robotics in collaboration with state governments. We need to work with the central government in order to enable AI and robotics education in schools and colleges across the states. I must mention that we had started the Lablet Program of ARTPARK which offered a series of laboratory-oriented short courses in the area of robotics and autonomous systems. In our experience, students in traditional undergraduate and postgraduate programs typically lack exposure to problems involved in building real systems and working prototypes. Keeping this in mind, this one-of-a-kind program aims to provide the much-needed hands-on experience in designing and implementing robotic systems to solve real world problems. Each Lablet will be of roughly one month duration, and will be equivalent to a two-credit course in a traditional engineering curriculum. It will consist of lectures, lab assignments, and a final project. Listed below are some Lablet courses that have been offered recently.

How closely are you working with the state governments?

We do work closely with state governments. As many people must be aware that we already have our association with the Department of Science and Technology, Government of India, and also with the Government of Karnataka where we did AI and robotics skill enablement at the school level. We are also working with the states of Haryana and Gujarat. While working with the state governments, our focus is on education and healthcare – both are state subjects, we believe there is immense scope for AI and robotics in these two areas. I have observed that some of the states do have an intention to promote these technologies. Some of them have the talent, but some of them still find it difficult to get cutting-edge talent. That is when we come into the picture. With our team of researchers, we are fit to fill the gap.

Further, in order to promote startups in various states across the country, we have started ARTPARK Innovation Programme. ARTPARK SPARK, ARTPARK Ignite, ARTPARK Turbo and ARTPARK Boost are some of the modules we have started. Through these programmes, we try to help graduates and prepare them to be part of ARTPARK or the mission project’s early starting teams. Further, we also fund and mentor teams and provide them with cash, data, subject expertise, talent, and research.

We are also trying to explore what governments across the country think about the idea of moonshots, and how we can leverage the idea in the healthcare and education sector. We believe state governments are receptive and soon, we shall be able to do some remarkable work around us.

Do you think promoting startups is making a difference to the growth of artificial intelligence and machine learning segments?

Yes, I think startups are an important cog in the giant wheel of economy, and they will continue to play a significant role. They don’t have any legacy unlike multinational organisations, and hence they are more capable or probably – in a condition to do experiments. We need to support and fund startups which are trying to change the world with the help of their experiments in artificial intelligence and innovate to explore new things, new business models with technology. While working with multinational companies, I realised that large companies already have a business model and quarter-on-quarter business profits remain their focus, and because of this they find it difficult to experiment and innovate at all levels.

I must mention here that in order to boost the ecosystem for the startups, we are creating a US$ 100 million venture capital fund in the robotics and artificial intelligence sector. It will, probably, be the biggest venture fund which shall support the country’s AI and robotics sector, where funding is still at a nascent stage. We have got the talent here in this great country, and we really wish we give birth to companies like Google, Facebook, and others.

Would you like to mention some of the interesting areas where you are exploring the potential of AI and robotics or the projects you have already executed?

We at ARTPARK are just getting started, and we are happy to share with you a few areas that have actually made substantial progress. One of the interesting projects that we’ve been working on is a Robot Nurse, which is a very far-reaching concept. We are currently working on the emotive robotic nurse ‘Asha’ that captures the skills of a human nurse remotely. With the use of 5G and Wifi 6, we can connect avatar robots to remote human workflows that would help underdeveloped countries create jobs. Let’s first understand that nursing is an area which is in huge demand in the Western and the European countries where you have an ageing population. With the Robot Nurse, you just don’t transport the skills, but you also transport the emotions.

This is not all. We shall be working on humanoids which can help people do many other jobs remotely.

XraySetu is just another project that I would like to talk about. It is an AI model which provides an automated, actual, and quick technique to identify lung oddities on a chest X-ray. During the second wave of COVID-19 infections in India, the healthcare system, including the diagnostic facilities, we’re overburdened with an extremely large number of patients. RT-PCR, considered to be the gold standard for diagnosis, was not available everywhere, especially the rural areas. The user uploads the X-ray image on the WhatsApp chatbot of XraySetu. The image is interpreted by the XraySetu algorithm and a report is sent back to the user within minutes.

The third big area that we have been working on very closely is to understand how we can implement the new education policy.

Harshal Y. Desai is working at Express Computer as a Special Correspondent. Prior to this, he has worked for other B2B publications focusing on Governance, Banking, PSU, Smart Cities, Healthcare and Process Industry - to name few.

Cyber security is an area of continual improvement, and it is not a marathon:…

The biggest lesson for 2023 is to ‘expect the unexpected!’: Balaji Rao,…