‘Technology Takes The World Towards Sanity And Safety’

Says Diksha Deo, founder, INCUBSENCE. Founded in 2017 INCUBSENCE has come up with the technology that are focusing upon non touch, highly reliable attendance system. They have connected this system with a phone and now the phone is the access card. They are IncubXS and IncubXS nanha that does not require any touch and can save one from coronavirus scare to a great extent. 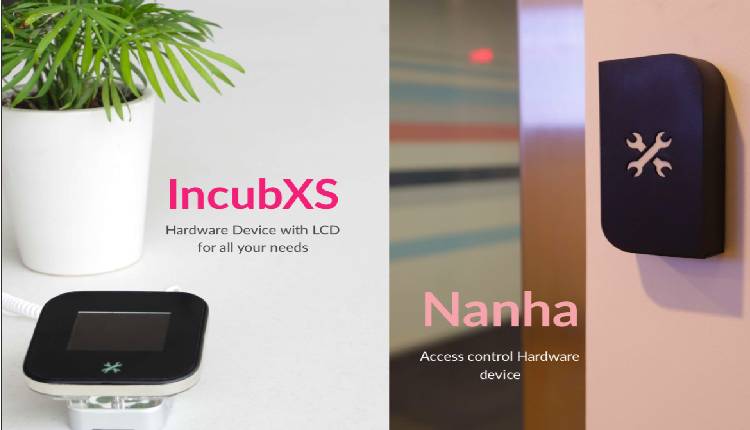 In this era when the concept of equality and neutrality have been buzz words, are there some prejudices that are still existent. What to do about them; rather how do we combat them?

Knowing that gender biases exist, how difficult is it to be a woman and thrive in your specific field?

We need to kill prejudice and gender bias. As a woman, it’s our responsibility to intellectually and emotionally contribute to the society so that mother earth remains a saner place to live and work. Women at the workplace have broken barriers and shackle the gender bias. I support this when I name one of the IPS Officers of India, Kiran Bedi or the ever shining Indian Boxer Mary Kom who ruled the world of boxing. Did being a woman add to their advantage? Not really, it’s their talent, consistent hard work and persistence of leaving that “average behind” attitude that led to their success.

Being a man or a woman won’t give you any added advantage in a boardroom or in a meeting room, rather the abilities to steer the board members in the right direction or solving the problems of the clients with logical, critical and intellectual thinking matters to lead the board members or to bring more sales.

India is more culturally adapted to women at the workplace, we can’t forget that America never had a woman president. We had Pratibha Patil, serving the People of India as the 12th President of India and we have Nirmala Sitharaman serving as the Finance Minister of the present Government of India.

What role do you think technology plays in contemporary times? Is it a flagbearer of change?

Technology has changed the way the world works now. If it was not the accessible electronics products and the internet, do you think Work from home would really be possible? You can close sales over a call or a video conference, you are connected with your partner or parents via video call. All this thanks to human’s endeavour to simplify life.

The world is moving towards more and more complicated machinery, heavy equipment and mobile applications. However, as technology grows we have to understand that some technologies like third party data cloud services, Facial recognition are a threat to the survival of mankind.

As a country, India has to look for more stringent data privacy laws and India shall announce a complete ban on Facial recognition systems before a man made technical disaster threatens the existence of India. I mean look at a scenario, the Facial recognition system is being Made in China and the data that’s mapped is stored in third party servers outside our mother country.

Can we rely on technology solely to be the panacea for all problems? If so, how?

Technology along with ethics both on the developer side and the user side has the capability of solving all complexities of the mother earth. Hence, as a Founder of INCUBSENCE, a technology company I strongly believe in the power of technology taking the world towards a saner and safer world to live.

What are the immediate and long term milestones for your company like?

The immediate goal is to ensure workplaces deploy non-human touch contactless attendance and access control systems among other contactless technologies. I want to ensure that any form of bacterias and / or viruses shall not spread in offices otherwise infecting employees and hampering productivity causing huge loss to businesses.

Indian hardware eats chinese hardware is my ultimate goal, and that’s what I want my company to achieve in the years to come. Make in India is a ख़्वाब। This dream can only be fulfilled when we design electronics in India, because designing and manufacturing in India by Indians is the ONLY way to make India an Electronic Superpower of the Universe.

Challenges are an inevitable part of the business. Could you highlight on some you had encountered?

Every Industrialist solves a problem and that’s the very basic of mankind. Hence challenges are like interesting barriers, once you overcome them, you achieve total freedom.

“Your biometric systems can cause infection”, no one use to believe me. Suddenly when Maharishi Valmiki hospital announced the suspension of Biometric attendance followed by Government of NCT of Delhi and later on Government of India suspended biometric attendance, everyone woke up. My cold leads started calling us for the demos amid the lockdown.

One challenge that the world will face is Facial Biometric Attendance and that is an unfortunate challenge not for us, rather I fear for the HR’s and the office management who will push employees into a well of unprecedented challenges. Remember you can always reset a password but you can never reset your face.

So once Facial Biometric system is stolen or the systems are hacked or infact someone stole your facial data, you can never reset your face. So, offices have to rethink if they deploy made in China Facial recognition systems. In the coming years, facial biometrics will be more harmful than we all think.

How can we have more women joining the bandwagon?

Men and women both work extremely hard and smart to become the best version of themselves. I think it all boils down to one thing, accept the challenge and train your mind for VICTORY.

If you are hungry you will definitely go out to eat something. Similarly we have to be hungry for success, we don’t have to go into complete darkness if we fail. Rather the only way out is way in.

Practice, Practice and Practice until you can do it like a pro- I read this somewhere and this then became my mantra. The moment you come out as a victor your world will no longer be the same again.